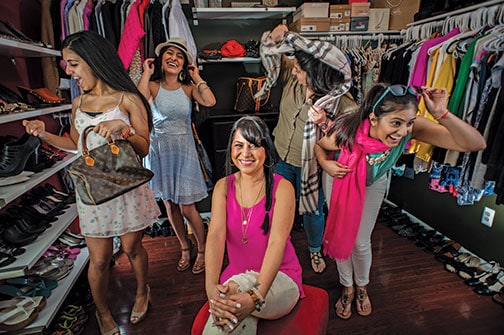 helicopter parent or free-range? – another segment is booking flights to exotic places. Taking up horseback riding. Turning an extra bedroom into a dream closet.

Childfree couples and singles have made a choice to live with a kind of freedom and spontaneity that young parents can only hope for once they reach the empty nest or retirement stage – but without putting in a couple of grueling decades as parents first. Now that the average lifetime cost of raising a child in the United States has climbed to $245,000 to $1.4 million, it isn’t hard to see why some couples choose not to procreate.

Those without children prefer the term “childfree” over “childless,” a term that implies they are lacking something they ought to have. In many cases, these adults have plenty of children in their lives – the children are just not their own.

THE COOL AUNT
Sonia Singh, 45, of Ellicott City, revels in the role of the cool aunt.
“I have 16 nieces and nephews born in this country,” she says, and a few more in her native India, “and I know every one of them very well. I was in the delivery room with my sister when one of them was born.”

But she likes her freedom too much to take on the role of mother. In her large child-centric extended family with strong cultural links to their native India, she has chosen a path that continually befuddles and bedevils her mother.

“You need to be very clear in your head,” she says, to make the decision about children. While Singh never had a strong desire to have children, she did consider the prospect, and then reconsidered it very seriously after she and her husband got married.

But by then, the couple had built a full childfree life together. They like to meet at the gym after work and stay as long as they want – sometimes three hours – then stop at Wegman’s for whatever they need to make dinner.

Singh had already built two businesses – she owns Luna’s Day Spa in Columbia and Luna’s Medi Spa in Ellicott City. And she was at an age where the risks outweighed the potential benefits.

“Our life would have been turned upside down,” she says. “I’m a selfish person – I like my time. I like my freedom. I’m not someone who can have a child 24 hours a day. My husband has always been very supportive of my decision.”

And with that decision, she stopped agonizing. Her mother, however, did not.

“She is an awesome mother – being a wife and mother is what she knows,” Singh says. She and her mother still disagree about Singh’s decision, but they have a deep and close bond – even though they have the conversation over and over again.

It usually starts with her mother saying Singh will be lonely in her old age. Singh tells her she is confident that her nieces and nephews will always be there for her.

Even now, after Singh had a hysterectomy to cure painful endometriosis, her mother is undaunted.

“She says I could find a surrogate mother,” Singh says. The conversation usually ends when her mother runs out of arguments and says, resignedly, “You’re never going to listen.”

Other relatives tell her that her heart will change if she has a child and she will love being a mother.

“I tell them that’s probably true. But I know you have to compromise a lot. Do I have that in me? I don’t know. I know that I would not be the same person I am now,” Singh says. 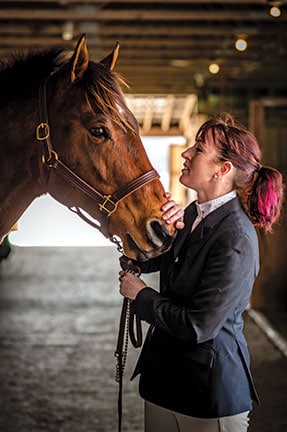 “Kids take up a lot of psychic space,” said Maya Norton, 40, a hairstylist who lives in North Laurel. She says she has a full life without the room to add all the psychic space she would need.
Just after her first marriage, Norton says she considered having children.

The talk Maya Norton had with her own mother came a few years ago. Norton had never told her mother that she didn’t want to have children, but her mother had figured it out.

“She’s wonderful. She said to me, ‘I realize at this point that you are not going to have a child, and I’m OK with that.’ ”

In fact, Norton says, it is her mother’s friends who are indignant and tell her that her daughter is being unfair by not producing a grandchild. This unwanted pity is an annoyance to her mother, but she doesn’t pay it much heed.

Norton says she isn’t offended when people express curiosity about her choice. “Honestly, I am curious myself when I meet someone who doesn’t have children,” she says.

A QUIET LIFE – IN A GOOD WAY
While Singh and Norton love their careers, it isn’t the reason they chose the childfree life. “I’m not a workaholic,” Norton points out.
Similarly, Debbie Daskaloff, 58, of Columbia, has had a fulfilling career working in public relations, marketing and development for nonprofits. She is currently the development officer for the Community Foundation of Howard County. She loves her work, she says, but she and her husband, Tom, also love working on their home. Daskaloff, who loves gardening, has transformed her back decks with lush potted plants to make it feel like their favorite vacation destination – the Florida Keys. She has also planted the small front garden with a profusion of blooms and verdant hostas.

The couple married in 1980 and assumed they would eventually have children, but wanted to wait. Debbie knew she would want to quit working if she had a child. When her 30th birthday approached, she felt some internal pressure to make a decision, but still had no strong desire for a child.

One of her male colleagues suggested that she put off making a decision for two years, a solution that took the pressure off. By the time those two years were up, she was at peace with the decision to remain childfree.

“I’ve never really had a strong urge to have a child and neither did my husband,” Daskaloff says. “If I didn’t have that desire, then I shouldn’t have them.”

Still, the sensation of holding a newborn niece or nephew was a strong pull, and at those times, Daskaloff says, the couple came the closest to changing their minds.

“I like really tiny kids and babies, and when they get older and you can really talk with them,” she says. But she also knows about the toddler stage, “when the only word they know is ‘no.’ ”

So she and her husband solved their transient baby-yearning by getting a dog, Max, that lived to be 17 years old. When he died, they got a long-haired fox terrier puppy that at one point was on probation at the dog day care for bad behavior. A co-worker heard Daskaloff on the phone, defending Roxie and negotiating to keep her in day care.

“She said I sounded like a mother trying to get her kid into the right kindergarten,” Daskaloff laughs.

NOT EVEN A PET

By the time Ed Polley, 56, and Sally Robertson, 60, settled in with each other, Robertson was already 40. They each knew they had finally found the right mate, but 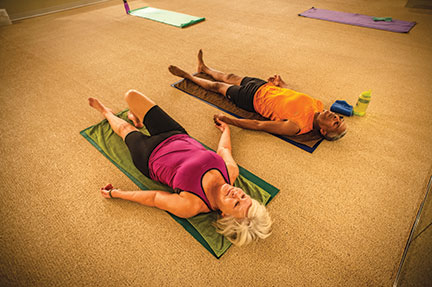 they also knew they loved their independence. Polley has a motorcycle, and they often ride off to West Virginia. They also camp and hike.

“We don’t even have a pet, because we don’t want to be tied down to the house,” Robertson says. “We’re able to be spontaneous, do what we want.”

“Just the thought of having a child at 40, I just really didn’t think it would be a good idea for me,” Robertson said. She’s a nurse and currently works as a case manager.

Polley, who has an interior landscaping company, says that when he was younger, he figured he would have children some day. But is just as happy not to. He and Robertson say it would have been problematic if one of them wanted a child and the other did not.
Before the couple met, Robertson says she never considered having a child as a single parent. She does have a friend who longed for a baby, however. “That was all she wanted,” Robertson says. Rather than waiting to find the right partner, her friend had a child through artificial insemination. “I would never have done that unless I was in a long-term relationship,” says Robertson.

For Debbie Daskoloff, when someone learns she has no children, the odd comment is, “Oh, I’m sorry.” It may mean they were sorry they brought it up; she hopes it does not mean they feel sorry for her. She just smiles and says, “There’s nothing to be sorry about.”

For Sally Robertson, as the second Sunday in May approaches, cashiers more than likely wish her a Happy Mother’s Day. She just smiles and says, “Thank you.”*