JustLiving advocates for both cardiac health and affordable child care 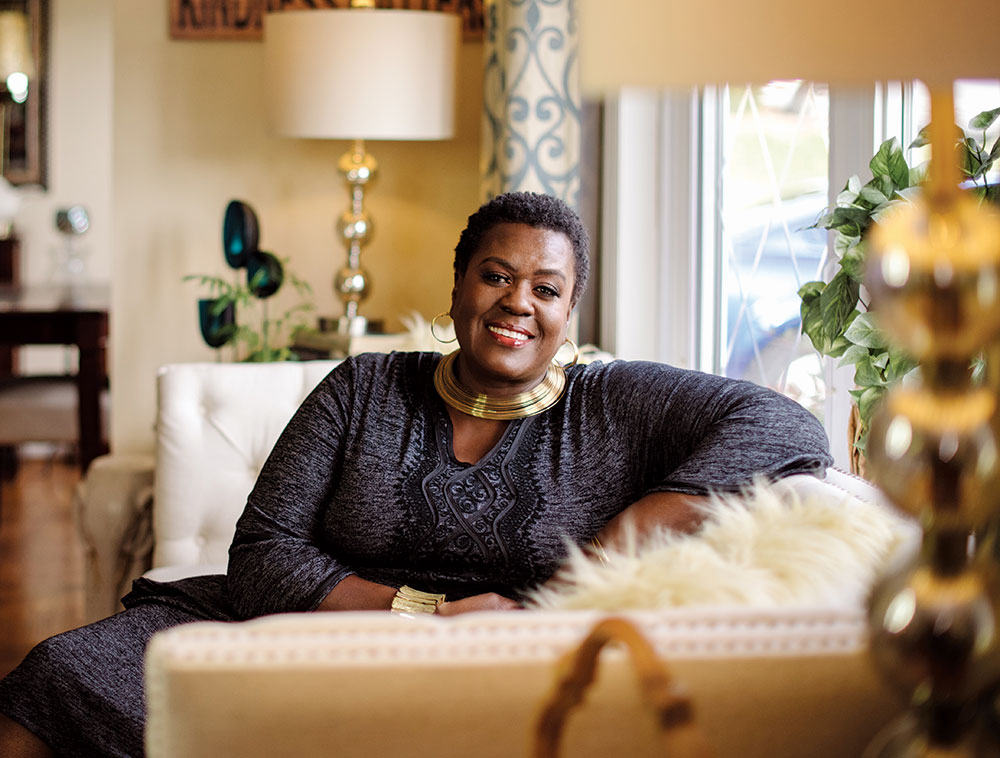 Nette Stokes started her nonprofit, JustLiving Advocacy, based on her own mother’s life–
and death.

Nanette “Nette” Stokes’ mother, Geraldine Boone-Bush, died unexpectedly in 1988 while she was looking after children at her home in upstate New York. Stokes had been on the phone with her mother just 10 minutes before the older woman suffered a massive heart attack and was found by Stokes’ sister. Her mom, says Stokes, “was the neighborhood lady who would watch your kids. You could do that back in those days.”

Boone-Bush charged the working women $20 per week to care for their children, a paltry sum even in those days, that nevertheless some of the mostly single mothers had trouble coming up with, Stokes recalls. “Mothers would come to pick up their children on a Friday, and it was pay day. They’d say, ‘I’ll get you next week.’ My mom would just nod.” When Stokes confronted her mother about the low fees she charged, Stokes recalls, Boone-Bush slammed her hand on the coffee table. “She said, ‘They just want to live.’”

Her mother’s admonishment informed the naming of JustLiving Advocacy, which Stokes, who lives in Elkridge, founded in 2016. And the nonprofit’s mission is driven by an unlikely coupling of Boone-Bush’s support for those mothers and the way she died. “I come from a family of women helping other women,” says Stokes. 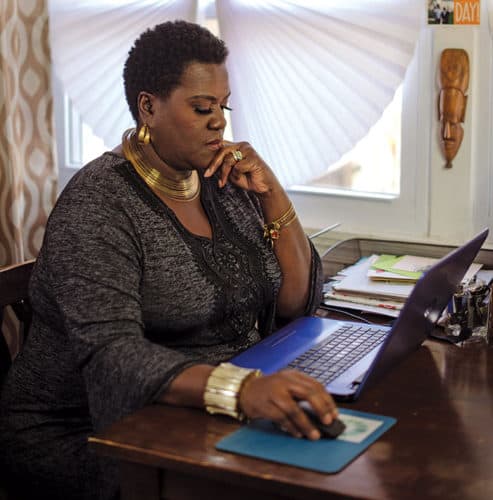 JustLiving Advocacy helps single mothers find paid work and child care (“I say single mothers, but if a single father came by, I wouldn’t turn him away,” says Stokes). The other main mission is to educate women about heart disease. “People ask, how do you get from helping single mothers to heart health?” she says. “I say it’s personal.” But there’s more: “When you’re a single mother you let your health go.”

The Centers for Disease Control and Prevention (CDC) ranks heart disease as the leading cause of death for women in the United States. And nearly two-thirds of women who die of coronary heart disease had no previous symptoms, according to the CDC•just like Stokes’ mother.

A trigger for heart disease symptoms can be mental stress, which is not uncommon among single mothers and caregivers who often endure challenging circumstances.

“I share my story,” says Stokes, “because heart disease is a preventable one.” According to the American Heart Association, nearly 80 percent of cardiac events can be prevented. (See sidebar for signs and symptoms of heart attack and stroke.)

“Heart disease doesn’t get the same attention as cancer,” says Stokes. “I try to build awareness of the issue.” In February, she participated in the 2nd Annual Love Your Heart Event, an informational and fundraising program on National Wear Red Day. JustLiving Advocacy takes part in health fairs and visits churches, setting up tables and distributing literature about the lethal disease.

Single motherhood can similarly go unseen. “Lots of women suffer in silence,” says Stokes. Since 1960, the rate of children living with only their mother nearly tripled from 8 to 23 percent, according to a 2016 U.S. Census Bureau report.

“Statistics show that everyone knows a single mother, and every single mother is going through some level of hardship,” Stokes points out. JustLiving Advocacy works to remove the obstacles to obtaining work, Stokes says. Child care is, for many, the first big roadblock.

The nonprofit will pay a single parent’s child care bill for the first month, bridging the gap to that first paycheck. After that, says Stokes, JustLiving will help the mother apply for vouchers available through state programs. The Census Bureau’s Survey of Income and Program Participation (SIPP) puts the national average child care expense at $207 per week•a far cry from the $20 that Stokes’ mother charged in the 1980s.

Plenty of local organizations, like Howard County Workforce Development, are there to help women find employment, says Stokes, but she nonetheless helps with referrals when she can. “Say it’s Giant Foods. I’ll connect with HR and get the listings for job openings.” But the pay must be at least $15 per hour. “Ten dollars an hour isn’t enough to pay for housing, food, a car note,” Stokes points out.

JustLiving Advocacy depends on individual donations and small fundraisers for its operating costs. The all-volunteer staff, which includes three intake coordinators, works from an office space in the NonProfit Collaborative of Howard County in Columbia, where it is in close contact with other service agencies. HopeWorks of Howard County, for example, which helps those affected by sexual and intimate partner violence, frequently directs clients to JustLiving Advocacy for additional services.

Stokes, now in her 60s, was a teenaged single mother, relying on her own mother for help as she made her way through school. Stokes eventually graduated from Mount St. Mary’s and went on to work in an engineering lab at IBM and later at the State Department in project management. It was at IBM that she hit her stride, she says. “The company had a strong open door policy,” she says, meaning they listened to employee concerns. “I helped people to elevate complaints about pay.”

In the late 1990s, one of Stokes’ employees at the State Department told her she was having trouble balancing her job with the demands of school work. “I wouldn’t allow her to quit that job or she’d be out on the street,” Stokes says.

She helped the young woman, Monica Johnson, who went on to complete her doctorate of education in Counseling Psychology, and who remembers Stokes with gratitude: “Nette is one of my biggest advocates; through the years she’s provided support and mounds of encouragement.”

Stokes won’t take the credit for Johnson’s achievements. “Even though there were so many obstacles, she made it through,” Stokes insists. “I tell her, you got yourself where you are.” Stokes has a philosophy that drives her approach to JustLiving Advocacy: “I help those who want to help themselves.” Stokes has long been an advocate for those in need. If someone needed food or housing, I’d call this one, call that one, I’d go through churches, ministries, clubs,” she says. It’s all part of her belief system. “Your life is not your own. I tell everyone, you can’t go around and just say me, me, me.”

This outlook is Stokes’ way of paying her mother’s legacy forward: “If it wasn’t for her foundation and what she instilled in me,” she says of Geraldine Boone-Bush, “I couldn’t tell you where I would be.”

Emmy-nominated, comedic actress Elizabeth Banks produced and starred in the 2011 video “Just a Little Heart Attack,” acting out many common heart attack symptoms that are not commonly recognized. Like many women in real life, Banks’ character cares for her family while ignoring her own symptoms. She is even concerned about the mess in the house that will greet the emergency medics.

Prominently featured on the American Heart Association’s Go Red for Women website, the video accompanies a short list of signs and symptoms related to heart attack and stroke outlined below. If you have any of these signs, call 911 and get to a hospital right away.

As with men, women’s most common heart attack symptom is chest pain or discomfort. But women are somewhat more likely than men to experience some of the other common symptoms, particularly shortness of breath, nausea/vomiting and back or jaw pain.

For more information about heart disease in women, visit the Go Red for Women website at https://www.goredforwomen.org/en/about-heart-disease-in-women/signs-and-symptoms-in-women.

“Just a Little Heart Attack” is available online on YouTube at https://youtu.be/_JI487DlgTA or the Go Red for Women website at https://www.goredforwomen.org/en/about-heart-disease-in-women/signs-and-symptoms-in-women/just-a-little-heart-attack.