Beth Ditman, Principal Partner of Custom Media Options, LLC has more than 30 years experience as a leader in Sales, Marketing, Editorial, Design and New Business Development. Beth enjoys being a creative problem solver, committed to profits and new business and has developed hundreds of award-winning publications over the years. Her intellect and vision contributed greatly to many companies' financial success.

Beth earned her Bachelor of Science Marketing Major/Mass Communications Minor from Towson University. Over the years she has served on several local boards & committees. Beth lives in Howard County with her husband, two boys attending Virginia Tech and Penn State and her Goldendoodle Sadie. Beth enjoys cooking, traveling, going to the gym and hanging out with friends and family trying out new restaurants around the State on weekends tasting fun new recipes and creative pairings.
bditman@custommediaoptions.com

Dotty Doub, Principal Partner of Custom Media Options, LLC has 25 plus years of marketing, brand management, new business development, and creating niche publications. Dotty’s greatest strengths are her creativity, partnership development, and project management. Dotty holds a BS and MBA from the University of Baltimore. She lives in Columbia, Maryland which has been her hometown since 1969. As an active member in the community, Dotty has served on numerous boards and committees – including the Howard County Early Childhood Advisory Committee, Red Branch Theatre, Community Foundation of Howard County, Humanim Inc. In her free time, Dotty likes traveling, reading a good book, exercising and spending time with friends and family.
ddoub@custommediaoptions.com 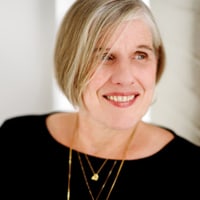 Martha Thomas, editor of Her Mind magazine, has had a long and varied career as a writer and editor. She grew up in New Hampshire and came to Maryland in 2000 after living in Minneapolis and New York City. She has been a freelance writer, regularly contributing to such local publications as Urbanite, Baltimore magazine and The Washington Post. Her work has also appeared in regional and national magazines including Architectural Digest, TimeOut New York, Travel & Leisure and AARP. She became editor of the magazine in 2011, overseeing its growth to a quarterly as well as its transition from Woman to Woman to Her Mind.

Martha began her career with alternative weekly newspapers, working for The New Hampshire Times after graduating from the University of New Hampshire, and for City Pages in Minneapolis. After moving to New York, she worked for the New York Times Custom Publishing Group as founding editor of a magazine for the Four Seasons Hotels, winning the top editorial prize from Folio: magazine in the custom publishing category. She has also been editor of custom magazines for the Islands of the Bahamas and Tower Airlines, and was editor of a monthly newsletter for a UNICEF mother and infant health initiative for more than a decade.

Martha is delighted to be editor of Custom Media Options’ flagship publication, Her Mind, a position that allows her to explore Howard County and get to know its residents.
mthomas@custommediaoptions.com 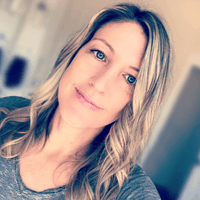 Melissa Carstensen, art director of Her Mind magazine, began her career with a design internship at Philadelphia Magazine while attending Pennsylvania State University. After graduating, she refined her skills as a designer and art director at top Baltimore-Washington metro area design firms. In 2000, Melissa launched her own graphic design and branding firm, QueenBee Studio, which she continues to successfully operate today. Melissa has also served as an adjunct professor at American University, teaching undergraduate graphic design. Her award-winning work has been featured in Print Magazine, Graphis, The Art Directors Club, STEP Inside Design, Novum Magazine and has been published in LogoLounge books. Melissa has loved working with Custom Media Options since 2010 as art director of Her Mind magazine, and is beyond excited about this new adventure, Maryland Sip & Savor magazine. She currently resides with her husband, three kids and Great Dane in the Annapolis area, and is proud to call Maryland home for over 20 years now. Melissa can be found riding horses in her spare time.

With over twenty years of sales and management experience, Jackie is a proven sales professional. After receiving a Merchandising, Apparel and Textiles degree from the University of Kentucky, she relocated to Maryland to manage a local department store. Her retail experience has translated to her advertising career and gives her a unique insight into her clients’ businesses and goals. She has lived in Harford County for 18 years with her husband. She loves to travel (especially cruises!), read a good book and follow her favorite sports teams.
jpanowicz@custommediaoptions.com 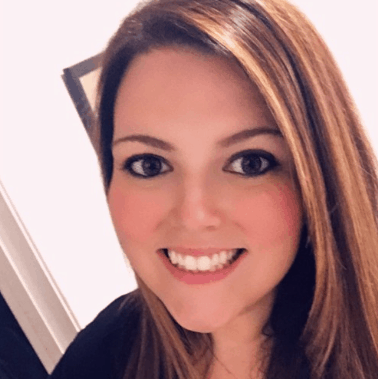 With several years of Marketing and Social Media experience, Katie has enjoyed finding her “voice” and learning as much as she can in her field. Now as Her Mind magazine’s Social Media and Marketing Specialist, she could not be more thrilled to be a part of such a great publication. Katie’s positive attitude and bubbly personality makes her an ideal fit. Katie resides in Westminster, MD and in her free time she enjoys working on her art, shopping at Trader Joe's, chatting on the phone with her mom, and cuddling with her 6 pound pup, Gus.
kfields@custommediaoptions.com