Women of the Eastern Shore 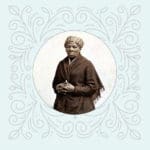 You’re excused if, heading back across the bay after visiting Maryland’s Eastern Shore, you feel a little flabbergasted by the short hop home. The peninsula that is DelMarVa feels like a different world of small towns and farms; creative, locally owned restaurants; and cultural attractions that speak to both the history and the present. On a recent trip across the Bay Bridge, we sought out some of our favorite women-owned businesses. At the same time, we made new friends, women who are eagerly maintaining the legacies of both the maritime industry and one of the region’s rock stars, Harriet Tubman. 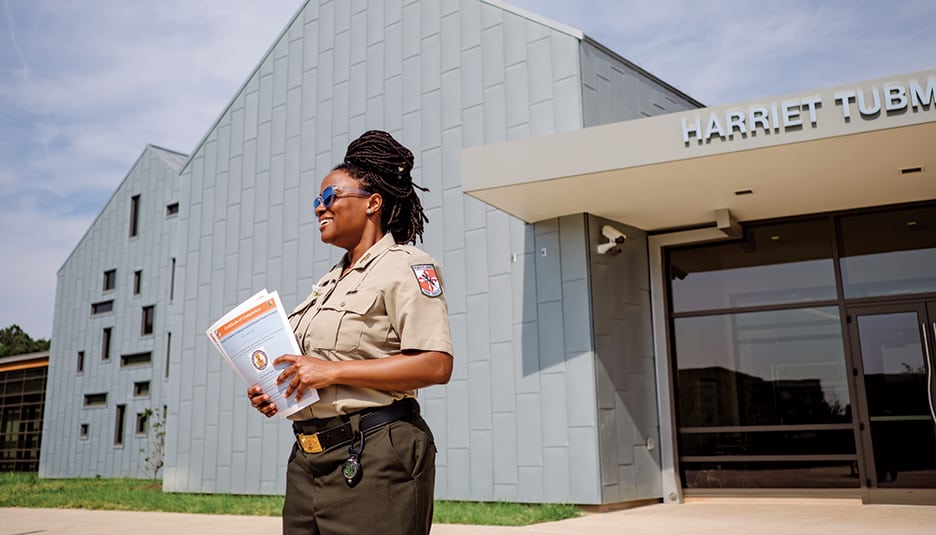 Harriet Tubman has no bigger fan than Park Ranger Angie Crenshaw, who worked at Gunpowder and Elk Neck State Parks before coming to the Harriett Tubman Underground Railroad Visitors Center. Upon your arrival, she’ll tell you about how Tubman, who was born about five miles from this spot and lived to be 91, helped dozens of enslaved people (no, not hundreds), mostly friends and relatives, to freedom. Tubman learned to navigate the forests by working in the timber industry with her father and got to know Black Jacks, the free black sailors who taught her about freedom and helped pass messages to trusted contacts. As a child, she’d catch muskrats in the marshes that now make up the Blackwater Wildlife Refuge. After wandering through the museum, which is set up chronologically, detailing the lives of Tubman and others as they struggled for freedom, you can fill out your activity book. Write a sentence or two about what freedom means to you. Choose from several items to pack in your “freedom bag.” Learn important words like emancipation and amendment. Done? You’ve earned your junior ranger badge.

Alice Lloyd and her chef-husband Jordan, opened the Bartlett Pear Inn in 2009 in the circa 1790 Federal style house in Easton. The place quickly gained a reputation for Jordan’s thoughtful new American cuisine. The restaurant closed in 2017, but Alice continues to operate the luxurious bed and breakfast. Each room has a private bath, some with oversized soaking tubs. The linens are crisp, and the walls, painted in sumptuous colors, are hung with tasteful art. It’s a boutique hotel disguised as a B&B with homey touches like a wine and beer fridge available for round-the-clock raiding. Alternatively–or additionally–you can visit one of the inn’s massage and acupuncture studios. 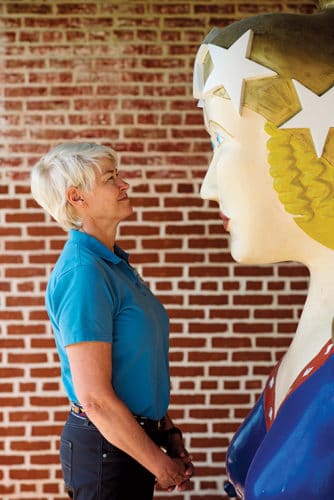 In 1989, New Zealand native Kristen Greenaway sailed a 60-foot ketch, part of a crew, on the inaugural race from Auckland to Fukuoka. Her all-women’s team placed eighth after two months racing past Suva and Guam. Now Greenaway, who became executive director of the Chesapeake Bay Maritime Museum in 2014, owns a sturdy Cape Dory 32, the same size as the boat she lived on for two years as a child. But she gets to play with a whole fleet of boats–92 to be exact–every day. Since she started, the museum has seen a 40 percent uptick in visitors and a dramatic increase in its operating budget. In May, Greenaway announced the museum’s new master plan, which will include new spaces for exhibitions, library and archives. “We’re one of the few museum shipyards in the country,” Greenaway points out. “Our shipyard is keeping alive and passing along the traditions and skills of the Chesapeake Bay people.” 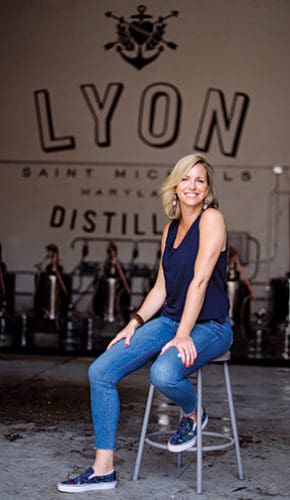 Jaime Windon, who moved to St. Michaels in 2012, is an elected town commissioner and a founder of Lyon Distilling, which makes a line of signature rums and whiskeys. Lyon’s Rock and Rum, which you could call an old fashioned-in-a-bottle, is infused with orange botanicals and dark cherries, and its American malt whiskey is double distilled and barrel-aged. A native of Washington, D.C., Windon, has lived in Africa and South America, working as a photographer, journalist, bartender and innkeeper. Windon, who is also president of the Maryland Distillers Guild, loves her little town of just under 800–even when its population doubles in summer, and swells to many more on festival weekends like the spring WineFest. The Lyon distillery and tasting room share space in a repurposed flour mill complex with antiques shops and artisans, adjacent to both St. Michaels Winery and Eastern Shore Brewing.

Out of the Fire restaurant     outofthefire.com

When Amy Haines opened her Easton restaurant Out of the Fire, she was a pioneer; in 2000, there simply weren’t a lot of fine dining establishments on the Eastern Shore. But she was also on the vanguard of sourcing food from local and sustainable vendors, an approach that has only strengthened over the years. “People get mad because I don’t serve Coke and Pepsi,” says Haines, who moved here from the San Francisco Bay area where she worked in the biotech industry. “I believe in what Hippocrates said: ‘let food be thy medicine and medicine be thy food.’ You can use it to heal yourself or to kill yourself.” When it comes to her restaurant’s success, Haines points to both the local growers and her staff: “I just provide a canvas.”*