More Than a Decade On, Choose Civility Remains Relevant 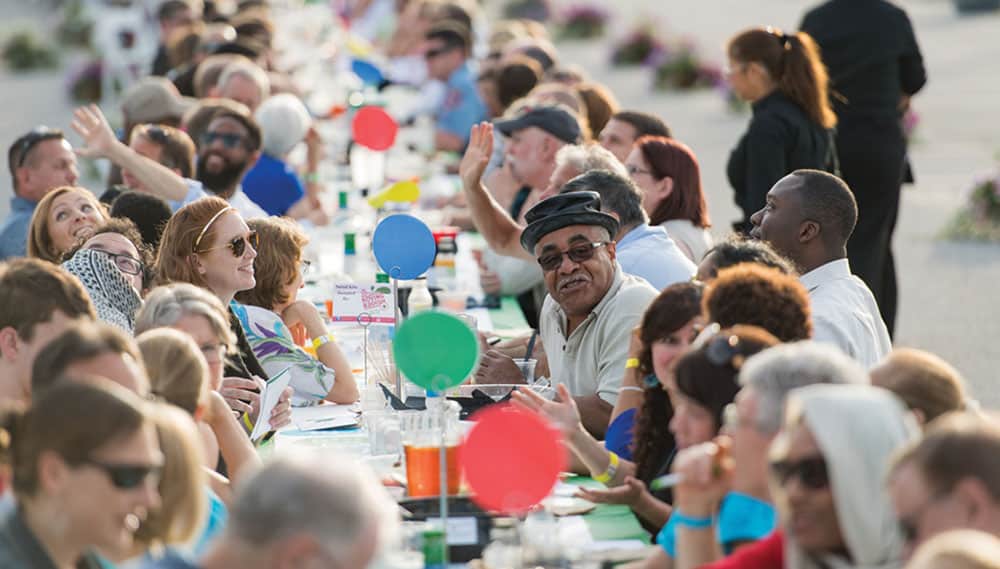 In spring 2018, 250 people, mostly strangers, broke bread together at a 320-foot long table on the campus of Howard Community College. The table runner was inscribed with questions to stimulate conversation such as “What is our community’s best asset?” and “How could you use your talents and skills to strengthen our community?” The event, called The Longest Table, was envisioned to bring together people from different backgrounds to share stories and thoughts about living in Howard County. Choose Civility, an initiative of the Howard County Library System (HCLS), hosted the event, and a variety of community sponsors and partners were involved.

The Choose Civility initiative goes back to 2006 when Dr. P.M. Forni of Johns Hopkins University, was invited to speak at the library’s Professional Development Day on his book Choosing Civility: The 25 Rules of Considerate Conduct. His ideas resonated so deeply with HCLS’s leadership, staff and community leaders that in 2007, the group launched an ongoing, community-wide initiative they called Choose Civility.

Dr. Forni, who died in December 2018, outlined 25 principles of civility such as listening, respecting others’ opinions, speaking kindly and assuming the best.

Since its founding, the Choose Civility movement has grown rapidly throughout Maryland and across the U.S., with leadership continuing to be provided by HCLS. According to Christie P. Lassen, the library system’s director of communications and partnerships, as public discourse has gotten increasingly coarse, interest in the movement has grown. “We have fielded an increasing number of calls from other jurisdictions within the last two years,” she says.

The HCLS activities include such grassroots efforts as distributing more than 70,000 Choose Civility car magnets and bumper stickers, hosting discussions and panels, and organizing landmark events like The Longest Table.

In the future Lassen says, “We’re digging deeper into issues of diversity, equity and inclusion. We’re also working more strategically to engage the community around these issues.”