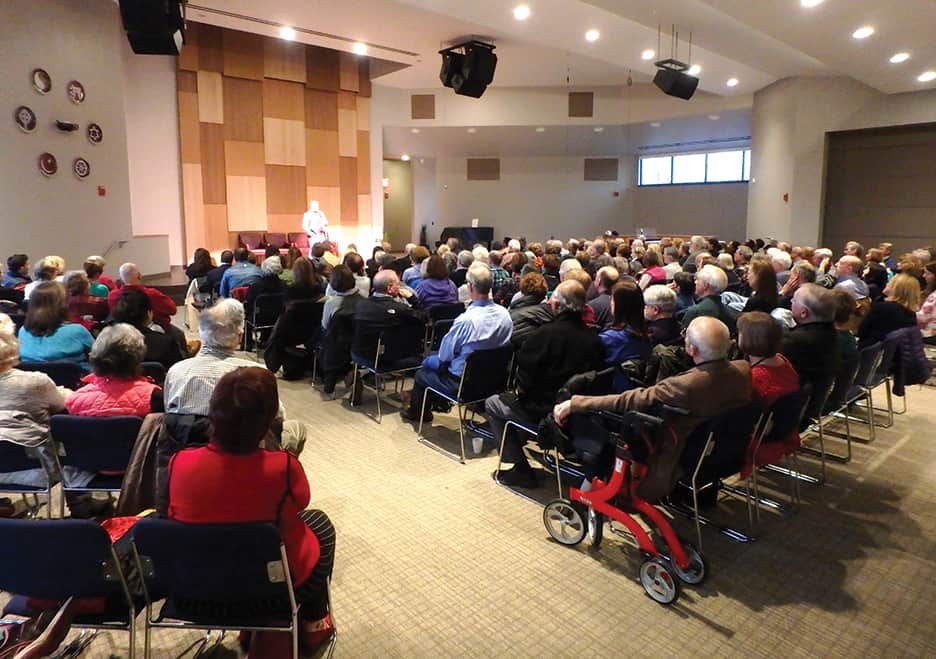 After standing room only crowds showed up for the Howard County Conservancy’s 2016 storytelling spree, the nonprofit expanded the event to two locations–the Mt. Pleasant headquarters and the Owen Brown Interfaith Center in Columbia.

The event, says Meg Schumacher Boyd, the conservancy’s executive director, is a chance to hear personal stories from neighbor and community members. Story tellers focus on things that make them feel connected to Columbia and Howard County, says Schumacher Boyd, and the tagline is ‘Connecting people to nature,’ but community is the driving force. “We want to promote the connections in the community–whether they are connections to nature or connections with your neighbors.”

The conservancy hosts two workshops in the spring to prepare for the events. Professional storyteller Leigh Tillman leads the workshops in which participants learn the craft of storytelling. “Lots of different groups come out just to learn the skill of telling your story and how to become an engaged and effective storyteller,” Schumacher Boyd says. For information about next year’s storytelling workshop and event, visit hcconservancy.org.