UNDER THE RED TENT

Four times a year about 100 women in the Red Tent Club meet in Monteabaro Hall at Howard Community College for dinner and drinks, then take their seats in the Smith Theatre for a presentation that might be about religion, history, food or doing good in the community, all with a Jewish perspective. 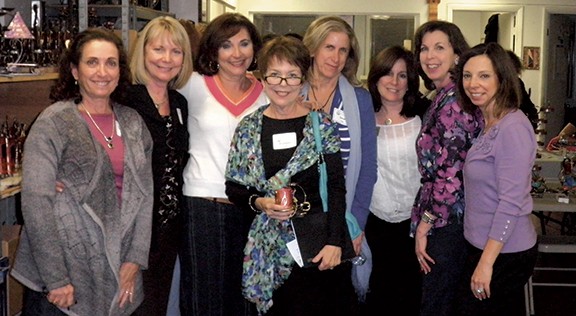 In November, Red Tent members heard Power of One, a panel moderated by “Her Mind” publisher Beth Ditman about women who embrace tikkun olam – the Jewish concept of “healing the world,” and are making a difference through work in nonprofits. In March, they’ll delve into the world of kosher soul food, guided by Michael W. Twitty, an African- American Jewish culinary historian.

The Jewish Federation of Howard County formed the all-female Red Tent Club about seven years ago as a way to connect members and provide programming “that speaks to women,” according to Sophie Novinsky, director of adult programming for the federation, a nonprofit organization founded nearly three decades ago to support the State of Israel and Jewish people around the world – including in Howard County.

The annual $100 Red Tent Club membership fee includes admission to all four events, plus food and wine. Typically, there are two events in fall and two in the spring. 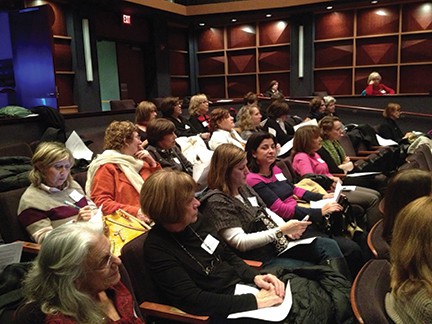 Novinsky says she works hard to attract relevant, interesting speakers. At the end of last year’s series, she asked participants what they wanted for the future. She says they were surprised to find that while attendees like the programs, “they come to socialize.”

“More than anything, this is programming that speaks to women.”  -Sophie Novinsky
Howard County is home to about 17,200 Jewish people in 7,500 households, according to a 2010 survey.

The Jewish Emergency Network, created by the Jewish Federation of Howard County in 2008, helps people in need pay for food, car repairs, utilities or housing.