A girlfriend getaway is like five birthdays at once

Wisps of morning mist still hovered around the masts in the harbor as we made our way toward breakfast. Beyond the bright still-shuttered shops, past the boats parked along the canal known as Ego Alley we could see out to the glistening Chesapeake. 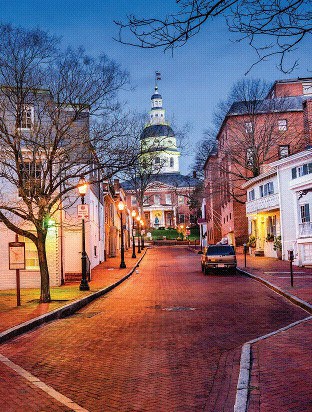 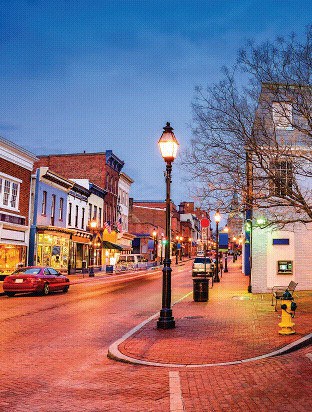 Later, as we dug into our Iron Rooster eggs Benedict, crab hash and berry pop-tart, the restaurant’s owner, Kyle Algaze, marveled, “Every time I walk down Main Street, I think to myself, this is practically the same view I might have seen 100 years ago.”

Sure, if you overlook the shops selling Vineyard Vines, Helly Hansen and Hobo bags, not to mention hats and T-shirts with irreverent U.S. Navy slogans. Annapolis, which was for the blink of an eye the nation’s capital as our nascent country signed the Treaty of Paris, wears its history well. These days, it combines modern day practicality as the seat of state government with plenty of activities for the curious visitor.

As a resident of Maryland, I don’t often think of Annapolis as a vacation getaway, but an overnight in this old town, with a concerted I’m-from-away attitude gave me an entirely new perspective.

Coming off a busy spring, each with our own work headaches and social highs and lows, my friend Beth and I took a quick gal pal trip to the state capital, just for fun. I wish I could say we were celebrating a milestone—a birthday, for instance. In fact, reviewing our itinerary as we hit Route 97 north some 30 hours after we’d first pulled in to Ceremony Coffee (try the Fog on the Harbor, espresso with blueberry mint and a squeeze of lemon), I had this thought: Any one of the half-dozen stops we’d made on this jaunt would be a great splurge for a Big-Oh (choose your decade, ladies). Or you could go really big and cram them all into one trip, as we did.

The best part? Most of these businesses are owned and operated by women. 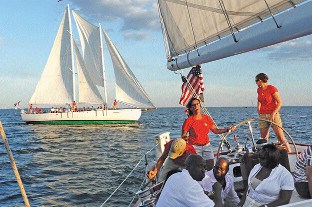 The first order of business on this clear, sunny day (after caffeine of course) was experiencing the Chesapeake Bay under sail. Last year, Captain Jen Kaye’s parents purchased an RV (“a land schooner,” she laughs) to tour the U.S., leaving her to operate the family sailing business, Schooner Woodwind, on her own.

Woodwind and Woodwind II are 74-foot vessels named for Kaye’s father’s previous occupation as a high school music teacher. We took a two-hour harbor cruise from the mouth of Spa Creek along the Severn River out toward the Chesapeake Bay. We saw children taking lessons in a fleet of sailing dinghies and the massive stone Naval Academy built along the point. We saw the Bay Bridge off in the distance. Along the way, Jen and her crew handed off the wheel to anyone who wanted to take a turn. The handful of kids on board couldn’t have been more thrilled to steer the graceful ship. Beth and I succumbed to the temptation of day drinking by ordering a couple of cans of local beer, sold on board (water and sodas are free).

In addition to the daytime harbor trips, Schooner Woodwind has sunset excursions, wine dinner cruises and even “Boat and Breakfast”—with an overnight in a state¬room. Kaye says she sees at least 20 onboard proposals each year—and also hosts about a half-dozen weddings annually.

After the cruise, we walked across the 6th Street bridge to Eastport for lunch at Blackwall Hitch, a nautically themed res¬taurant with a locally driven menu and an upper level deck. The restaurant has a tempting cocktail list (cherry basil smash or grapefruit wine crush anyone?) but we abstained, knowing that we’d be well served at our next stop. 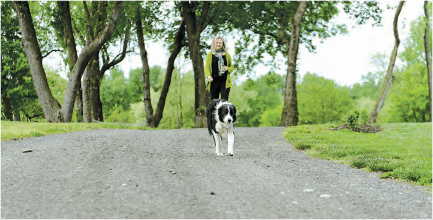 The Vineyards at Dodon in Davidsonville (about a 20-minute drive from downtown Annapolis) isn’t open for drop-ins, but welcomes those who sign up in advance for a tour and tasting ($25, or $50 to try the premium wines). Most of these visitors, says Regina Mc Carthy, director of client services, end up joining the wine club— receiving first dibs on the winery’s semi-annual releases. Yes, the wine is that good.

Polly Pittman, who owns Dodon with her husband, Tom Croghin, grew up on the 550- acre farm (which has been in her family since 1725). Pittman, who works in health policy, and Croghin, a physician, planted vines in 2007, bottling their first wine in 2011. We sampled the rosé, a blend of mostly merlot, along with sauvignon blanc, chardonnay and the winery’s South Slope, a red blend.

Croghin, who is also the chief winemaker, joined us for the tasting and shared some history of the place. Once a tobacco plantation, the farm was also the home of Maryland’s first champion racehorse, Dungannon, who was imported from Scotland by Polly’s ancestor, George Hume Steuart in 1745. The winery’s premier red blend, 60 percent merlot aged in oak, is named after that horse.

By the time you read this, I too will be a member of the Dodon Wine Club. 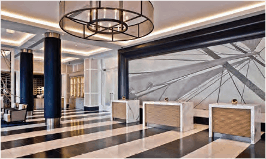 After sampling four wines and walking the vineyards under a hot sun, we were ready for a rest. Returning to Annapolis, we checked into the Loew’s

Annapolis Hotel on West Street. Lately, reasonably priced chains are beefing up decor and amenities to appeal to a more savvy clientele. The Loews Annapolis, with its pouffy duvet and crisp white bed linens, its plush robes and clean, contemporary décor, feels like a designer hotel—though its rooms are more affordable than boutique counterparts.

We somehow lucked into a suite with a king bed, a comfy foldout sofa, and a private patio with a view of the city. A parking spot came with the room, so we could leave the car and easily stroll to Main Street for both dinner and breakfast the next morning. If you don’t feel like leaving the hotel, the onsite restaurant, Baroak, is a Belgian-influenced spot that specializes in mussels. 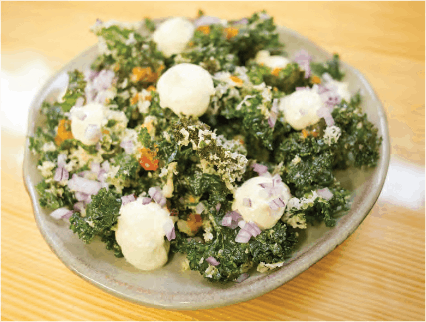 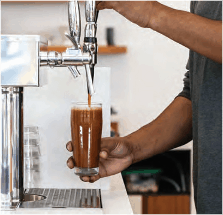 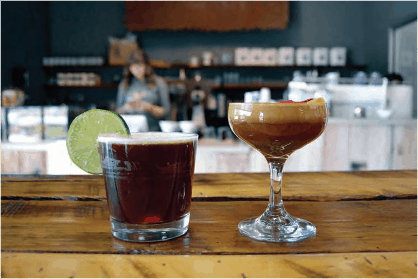 Jeremy and Michelle Hoffman, both Culinary Institute of America grads, worked at some of New York’s most noteworthy eateries (Michelle worked front-of-house at Tribeca Grill and Union Square Café; Jeremy in the kitchens at Nobu 57 and Per Se). The couple opened Preserve in Annapolis in 2015, not long after Jeremy had been named a Young Gun by Eater.com. Their rustic space on Main Street uses its own bounty for décor: shelves with jars of pickled and preserved fruits and vegetables line the walls. Specials are chalked on blackboards, tables are rough wood. But the food is refined and beautifully plated. We had a sampler of pickled veggies that showcased the chef’s talents (seriously, the smoked carrots would satisfy any carnivore). The highlight of the meal was the crispy kale salad, which thumbs its nose at the health clichés you might associate with this ubiquitous green. Batter dipped leaves fried tempura-style are topped with dollops of cumin yogurt. We also had Maryland Blue Catfish (a local invasive species) dressed in a five-spice blend with the sweet scent of anise. Dessert was the Tandy cake, a dense vanilla cake with a layer of peanut butter and chocolate ganache. Perfect for a candle if you happen to be dining on an actual birthday. Though the cocktail offerings were tantalizing, we took it easy and sipped rosé from another local vineyard, Great Frog’s (which is open to the public for drop-in tastings; see box). 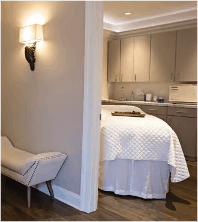 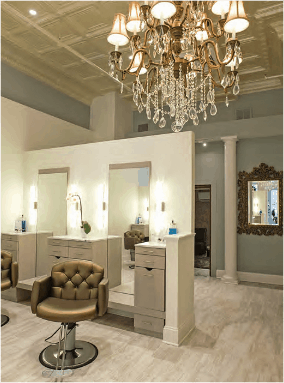 The following morning, we walked down Main Street to the Iron Rooster for a hearty breakfast before checking out of the hotel. But before heading out of town, we stopped at the Sadona Salon & Spa, where we’d booked a few treats. The elegant space is a converted bank building with high ceilings and gracious features, impeccably transformed by owner Donna Brown and interior designer Sharyn Corry. The soft color palette of ocean-inspired greys, ivories and pale seafoam, accented by glittery chandeliers, distressed furniture and luxuriant seating, creates an ideal atmosphere for soothing indulgence. I was treated to a body scrub, which left me feeling baby soft. Kelly McDonald, the spa director and massage therapist, proved her intuition by identifying stress spots on my back and shoulders and kneading deeply. I also had a shampoo and blow-out, a perfect way to perk up from post-rub down jelly mode (and to get stray bits of scrub goop out of your hair). With my hair a perfect swoop held lightly in place with earth-friendly products thanks to stylist Jennifer Sibona, I was ready for the trip home. 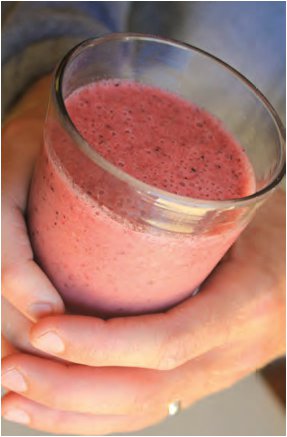 Our final stop as we headed out of town was a tiny juice bar called Rutabaga, highly recommended by Regina McCarthy at Dodon (who clearly knows her beverages). The tiny store is owned by Stacey and Jim Heywood, who met in London and worked in Australia before returning to Annapolis, Stacey’s hometown. The drinks are blends of fruits, vegetables and nuts—a nice choice for a quick and healthy meal. Beth chose the Lush, a sweet milkshake-like blend of almond milk, raspberry and banana, along with some raw cacao for a hint of chocolate. I went the juice route with a tangy Zest—spinach, pineapple, mint and turmeric.

Thus fortified, we hit the road and, beating rush hour traffic, were home in under an hour. *
. 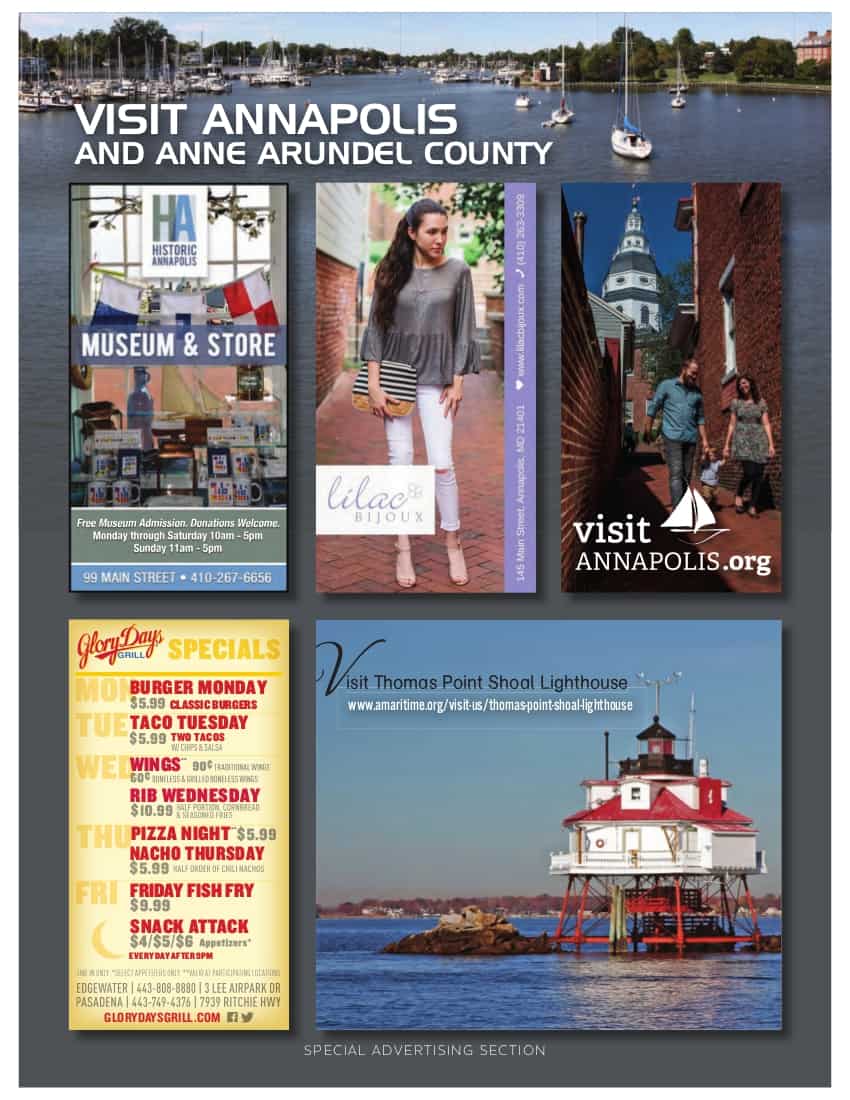