Listen to the Frogs 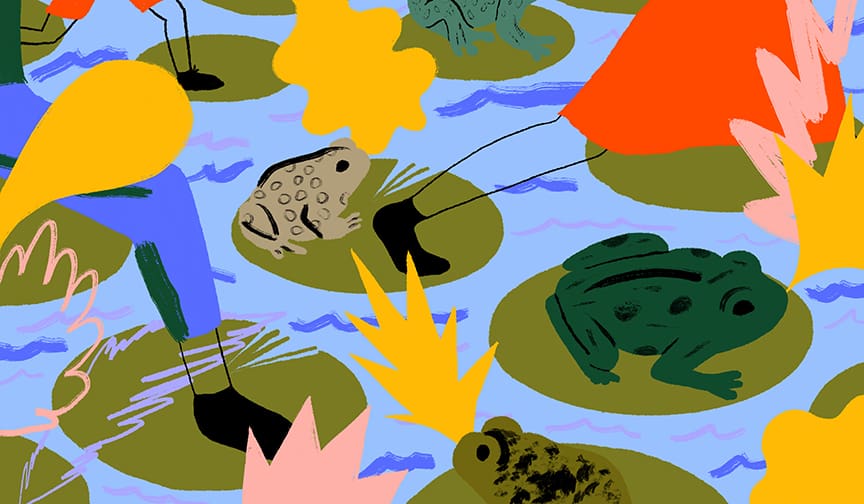 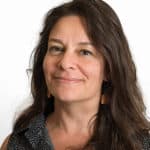 There’s an argument to be made that parenthood is a grand adventure in realizing how fragile life is. At first, the children seem exquisitely breakable. When I learned about my first new infant’s fontanelle—that soft, vulnerable spot on the top of his skull—I couldn’t believe that the nurses and doctors would allow a total, untrained amateur (me) to walk out of the hospital with him. Over the years, I adjusted from feeling like I might accidentally break my baby to understanding that my Number One job every day was to protect my child from his own life-endangering daredevilry.

And then they’re teenagers. Fragility takes on new forms. Now they’re not literally jumping from the top step in a cape to see what happens—but some of their behavior seems like a figurative jumping-from-the-top-step. The difference is that now it happens well out of my sight, far from any possible intervention by me. Their brains compel them to take risks, and they seem to have no idea how delicate they are.

High schools, being filled with teenagers, are hotbeds of fragility. If you were to observe a high school as you would see an ecosystem—as if it were an episode of Planet Earth—you might see organisms bustling around in a hive of bad decision-making and flawed logic, powered by hormones and excess energy. This year at my son’s high school, a junior he’d known for three years ended up in a vegetative state. He had been at a party over the weekend and decided to jump into the deep end of a pool despite not knowing how to swim. The most cogent explanation that anyone could come up with—teens and adults alike—was that the kid was overly confident and assumed he’d figure out how to swim as needed. By the time he was revived it was too late. A week later, his family pulled the plug.

But the kid had been fragile even before his last moments. At the funeral, my son learned the boy’s family was homeless.

About a month later a student in the same school died of an overdose, something that, to be honest, seems to happen every year. The shock and heartbreak are profound. At the same time, it begins to seem almost inevitable that there will be casualties among these risk-taking organisms in this high-stakes ecosystem.

It was about this time that I went away for the weekend to one of Maryland’s eastern counties, where you can ride your bike for miles and never see a chain restaurant. In the evening, somewhere nearby, a gray tree frog, Hyla versicolor, trilled all by his lonesome, and I remembered what I’d learned about frogs years ago.

Frogs are 190 million years old, but their populations are declining at alarming rates. Some people think of them as canaries in the coal mines. When an ecosystem is collapsing, frogs are some of the first species to die off; their deaths warn us that the environment is out of balance, or worse, heading toward inhabitability.

As we know, most of the earth’s ecosystems are in peril and there doesn’t seem to be much hope for a reversal. Our children will know a different natural world than we know, and it’s difficult to predict how the planet will change.

But the gray tree frog was alive and making noise, a sign that life is going on. A trilling frog might be saying, “Hey, the planet’s in trouble, but this fragile ecosystem right here is in pretty good shape for now.”

On another day, we paddled our kayaks on a millpond. It was getting toward evening, and the amphibians were going berserk. The pond erupted with sound, all of it proof that the frogs were alive and busy.

The bullfrogs, Lithobates catesbeiana, made a deep bass background noise that was downright comical. Meanwhile, the green frog, Lithobates clamitans melanota, had a gulping call that sounded like a broken banjo string. We heard something called a cricket frog, Acrins crepitans crepitans, which worked in choruses to create a crescendo of clicking noises, like a symphony of castanets, leading to a descrescendo. It was exciting to listen to the cricket frog; we waited to hear the start and finish of each round. And there was the Fowler’s toad, Anaxyrus fowleri, whose nasally complaint sounded hilariously like a toddler honking for attention.

For those hours on the millpond, the earth didn’t seem fragile. There were plenty of frogs doing what frogs do—calling out for mates so that they can reproduce and make more frogs. They made us laugh and anticipate. The frogs were all right.

By and large, the kids are all right, too.

Everything is fragile, but there are millponds—and high schools full of teenagers—teeming with life. When you immerse yourself in the sounds that come out of them, it’s amazing what you can hear. The noises are funny and odd and sometimes beautiful and also loud.

And so, when life seems particularly fragile, I can remind myself: “Bullfrog. Green frog. Cricket frog. Fowler’s toad.”