The Secret of Uncle Jock 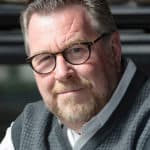 I  recently discovered that I had a great, great Uncle Jock, who shot his wife in a train station and went to prison for murder. When he got out he became a bootlegger and ran numbers. I hadn’t heard the story until my brother mentioned it about a year ago as I was preparing to open a Prohibition-style speakeasy. It was a long kept secret that only a few family members ever spoke of. I only learned about Uncle jock when my brother mentioned it. It occurred to me that secrets are a lot more difficult to keep than they used to be. With the 24-hour news cycle, the constant barrage of social media, the ever increasing presence of digital cameras and equipment means that the days of a well-kept secret are slowly slipping away.

I think back to the Kennedy White House and all the ladies who were in and out. The challenge in discovering what was going on in the Watergate building. How coverage of baseball hero Mickey Mantle never mentioned his lifelong drinking problem. Today, all of that would be revealed by some means of electronics or social media. Increasingly our personal lives are becoming more and more public. Once I went to Google Earth and zoomed in on my home to see my work shoes sitting on the deck. Good thing I wasn’t sunbathing!

Some of this is for the better. The light of day has been shone on racism, abuse, mental health and bigotry. But how do we weigh these outcomes with our desire for personal privacy? Who doesn’t love GPS and the comfort that we’ll never get lost. But someone out there knows exactly where I am at all times. Anyone who wishes me ill could use the information.

Alexa, who will take care of household requests, occasionally answers questions that she was not asked. It’s her job to listen—to everything. I recently mentioned the idea of purchasing a particular product recently.  Just mentioned. Soon after, two ads for that product popped up on my Facebook feed. I hadn’t even searched the Internet.

Our children will grow up in a world where they can contact each other in seconds from anywhere in the world. Their messages, photos and video are shared in an instant, and they are constantly connected through their “smart” devices.

But the downside is anyone can hack in to our computers and phones. They steal and sell information. They use that information against us because we have given ourselves over to machines.

So, a family secret like my Uncle Jock is surprising. He lived in a time when no one was around to document his doings with a smartphone. I saw a photo of Facebook founder Mark Zuckerberg working on his laptop. He had tape over the camera and audio speaker. Do you think he knows something that we don’t?