A countywide initiative seeks to bring people together 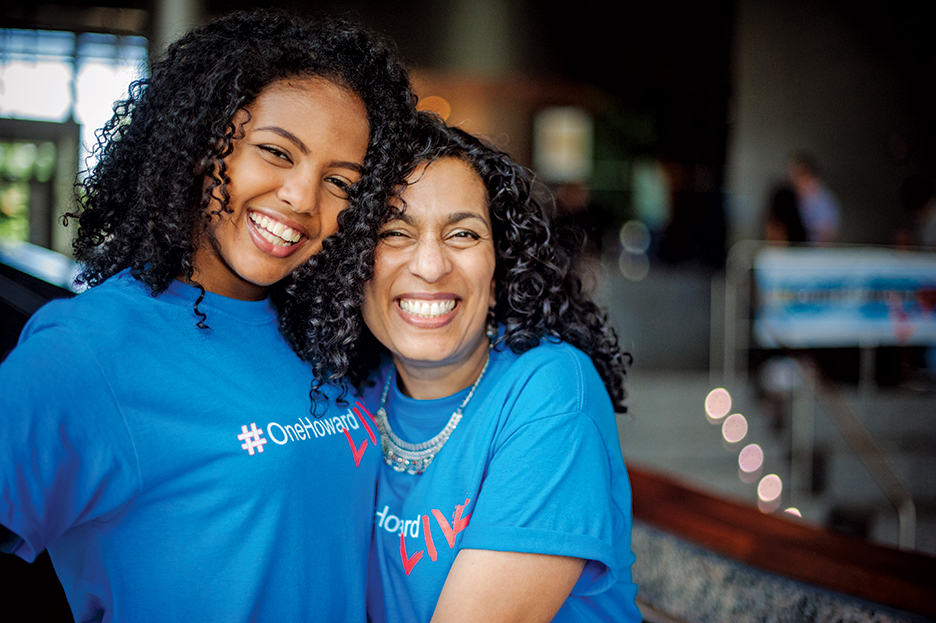 Like a typical high school student, 17-year-old Rahel Petros partakes in extracurricular activities. Hers include dance and track and field. Perhaps less typical is her position on the steering committee of #OneHoward, a government initiative sponsored by Howard County Executive Allan H. Kittleman to promote diversity and inclusiveness throughout the county.

Announced in November 2016, the initiative was a response to racially charged incidents on social media and at Howard County schools, including Atholton High School in Columbia, where Petros is a rising senior. 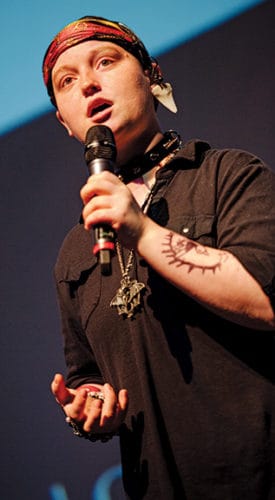 Already passionate about diversity and inclusion, Petros says witnessing how a social media post—a picture of a student in blackface posted on Snapchat with a racist epithet—affected her school community and fueled her desire to step up her activism. “Our school was very divided and torn apart,” recalls Petros, whose parents are immigrants. She decided to get involved with #OneHoward. “I really appreciated that they had created something that was addressing prejudice issues in the entire county, and that schools were a main focus.”

Formally established in March 2017, the initiative promotes dialogue through a series of community conversations and educational events. As one of three youth committee members—and the only female student—on the 32-member steering committee, Petros spearheaded the initiative’s flagship event of 2018: #OneHoward Live.

“The #OneHoward Live event was her brainchild,” says David Lee, director of constituent service and community outreach for the Office of the County Executive. Held on June 16, the event drew a diverse pool of speakers and attendees to Howard Community College during the Columbia Festival of the Arts. Petros recalls the moment she had the idea for the event: “I thought, ‘What if we had a county-wide event similar to TED Talk,’” she says, “specifically for the purpose of talking about our experiences.”

Petros says it’s important to her to be involved with an organization that accepts her parents’ presence in Howard County. “We are really lucky to have access to initiatives and organizations that want to include us in the county’s narrative,” she says. 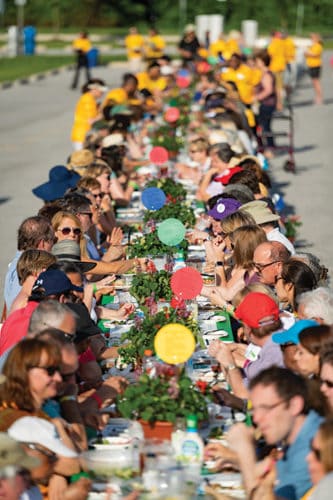 More than 600 community members have participated in two The Longest Table events.

It’s a feeling shared by many, especially in Columbia, where residents continue to aspire to the socially conscious vision developer James Rouse had when he established the community more than 50 years ago. Nancy McCord has been passionate about fighting for equality since growing up in the civil rights era. “I live in Howard County—in Columbia, specifically—because of the dream: diversity, inclusiveness, all that good stuff,” says McCord, the Wilde Lake representative on the Columbia Association’s board of directors. She joined the #OneHoward steering committee to help return focus to Rouse’s original vision for Columbia and hopefully spread that ethos throughout the county. “People are losing sight of the values Columbia was built on,” she says. “I find that very disturbing.”

McCord is a member of the steering committee for The Longest Table event, which brings diverse community members together over a meal, was originally created by the Howard County Library System as part of its Choose Civility initiative. #OneHoward is one of the event’s planning partners, and as part of her training to help facilitate the event, McCord went through a three-day awareness training program offered through the Howard County Public School System’s Office of Diversity, Equity and Inclusion. “It was a wonderful experience,” says McCord of the training. “It really opens your eyes about who you are—and who you are in relation to others.”

Looking to the Next Generation

“I’ve always enjoyed working with young people,” says Razia Kosi, a facilitator in the Howard County Public School System’s Office of Diversity, Equity and Inclusion. As a member of the #OneHoward steering committee, her work has focused on awareness training and partnering with county schools to hold community building events.

When it comes to improving diversity and inclusion in the county, Kosi says she’s inspired by the work being done by the next generation. “I think more and more young people, and young people of color, are feeling the urgency of it. They really feel like they’re all connected in this struggle as young people to create a world that’s safe.”

Since the beginning, the initiative has facilitated more than two dozen events with students at middle and high schools across the county. These gatherings are designed to build relationships and trust, engage students and staff in dialogue, and foster a feeling of school-wide community and inclusiveness through understanding and empathy.

While feedback from students and staff has been positive, Kosi hopes the school-based events are just the beginning. “I really want to see sustainable, long-term change,” she says. “We’re talking to the schools and asking, what structures might bring in the younger students? What is the culture shift you want to make? How will it be part of the norm, so people are getting to know each other in authentic ways?” 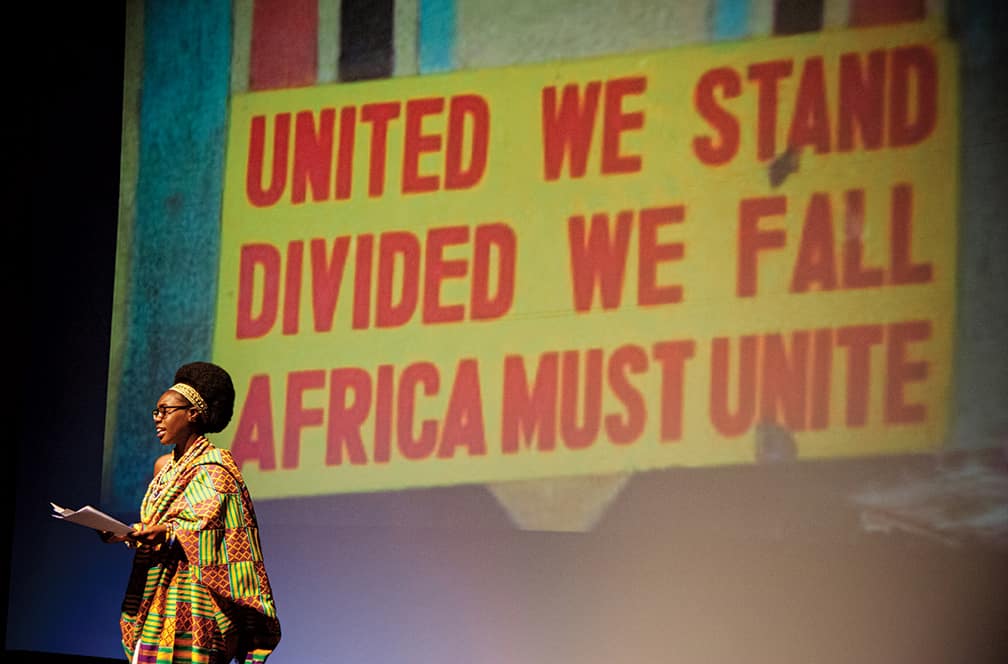 As the president of Leadership Howard County, a nonprofit that educates leaders about the issues facing their communities, Stacie Hunt was already wondering how her own organization could address local tensions when the #OneHoward initiative began to form in fall 2016.

“We were conscious of what was going on in the community, state and country,” Hunt recalls. “There seemed to be a lot more discourse and anxiety around the political rhetoric. So we were looking at ways to help our members with some of the things that were bubbling up.”

Hunt, who sits on the steering committee, #OneHoward tries to avoid duplicating other organizations’ efforts. “This group is connecting people on a regular basis, so instead of everyone going off in their silos, we get everyone working together,” Hunt explains. The community, she points out, is small—a little more than 300,000 people. “We can talk to each other without it being very difficult,” she says. “There aren’t a lot of barriers to working together.”

Anecdotally, Hunt says the initiative is making a difference and that can come from the top down. “One of the critical components was making sure the county government was really modeling behavior throughout the entire organization.” This means making sure employees treat people with respect and dignity, she adds.

So far, the efforts of #OneHoward have extended from government agencies to local nonprofit partners. Many on the board are eager to see that reach extend even further.

In the spring, County Executive Kittleman signed an order extending the #OneHoward steering committee into October 2019. The next phase will focus on six key areas, including best practices for Howard County government employees to interact with diverse communities and continuing to host community discourses.

Petros says the experience on the steering committee has made her feel valued as a member of the community. “Being included, for me, is something that’s really important, not just on the basis of my race or my ethnicity, but on the basis of my ideas,” she says. “And I think #OneHoward is really dedicated to making sure that every student, every community member and everyone in the county feels as though they’re being heard, included and accepted—not just tolerated.”