To protect identities, names have been changed, or first names only used for some sources in this story.

On July 26, 2016, news outlets in Maryland reported that Howard County police officers, as a result of a small sting operation, had arrested Laurel resident Arthur Coleman, 46, on charges of human 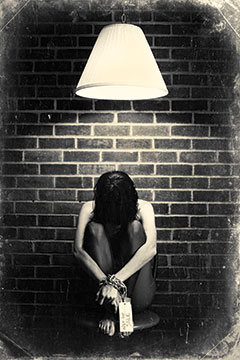 trafficking, prostitution and other sex-related offenses. According to police, Coleman was caught trafficking two girls – a 13-year-old and 15-year-old – in Maryland, D.C., and Virginia. He plied his trade with the help of a website called Backpage.

In April, police charged a man in Ellicott City with trafficking two 18-year-olds from Arkansas, according to “The Baltimore Sun.” The police responding to a report of domestic abuse sensed that something else was going on and notified detectives, according “The Sun.”

These stories are among dozens that have surfaced in recent years in the D.C.-Maryland-Virginia region. Many involve the website Backpage, with its listings of women who perform sex acts in hotels or condos rented for the pur¬pose of trafficking, as well as businesses – or business fronts – like massage parlors and nail salons that are actually modern-day brothels.

According to Howard County Police Department (HCPD) Detective Josh Mouton, domestic sex trafficking is a moving target. “They’ll stay at a hotel or motel for two or three days,” he says, “and then take off to another spot to evade law enforcement.”

After monitoring the Backpage website for months, Howard County police executed its first undercover operation in 2015, which resulted in two arrests.

“Human trafficking is a serious issue that affects cities, counties and townships around the nation,” says HCPD Police Chief Gary Gardner. “Howard County is not immune. But we want to be very clear that we are monitoring backpage. com, as a known hub for this activity.”

Closer to Home than Hollywood
The image of young girls abducted or bought in overseas countries, forced into a life of sex work as part of an international smuggling ring are all too common in movies. Actor Liam Neeson has practically built a franchise on the subject. Other dramas show children shipped across borders under a dummy manifest to work long hours in obscure sweat shops. Both images place human 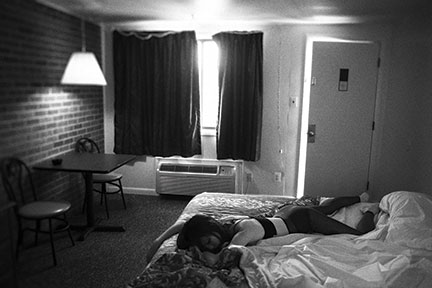 In Maryland, human trafficking is less Hollywood and more common than you might think. It’s around the corner from where you shop; you may have passed a trafficked girl on the street. Howard County is home to illegal brothels and easily accessible to traffickers thanks to its wholesome appearance and central location, as well as Maryland’s comparatively lax adult trafficking penalties.

“It’s easy to think that it doesn’t occur in Howard County,” says County Executive Allan Kittleman. “But we know from working with our police department that it does exist here, and the impact on victims is devastating.”
Last year, the National Human Trafficking Resource Center received 454 calls and recorded 118 related to human trafficking in Maryland.

In 2013, a young woman met a couple in Rhode Island. They seemed friendly and offered her a job helping them sell merchandise. She got into their car little suspecting that they would kidnap her, transport her to Connecticut and force her into prostitution, under the threat of assault and death. The couple posted photos of her on the Backpage site to generate clientele. The 24-year-old was taken south from New England along the eastern seaboard. After three days she managed to escape and ended up at a gas station in Elkridge, where she was able to call the police.

The United States Attorney’s Office defines human trafficking as “the use of force, threat of force, fraud or coercion to recruit, harbor, transport, provide or obtain any person for labor or commercial sex or to cause a person under 18 to engage in a commercial sex act.”

In June, Secretary of State John Kerry released the 2016 Trafficking in Persons (TIP) Report, comprehensively summarizing the state of human trafficking both globally and domestically. Last year, 77,823 victims of human trafficking were identified around the world – more than double the number of identified victims just five years earlier, in 2010. “If there is a single theme to this year’s TIP Report,” Kerry stated, “it is the conviction that there is nothing inevitable about trafficking in human beings. That conviction is where the process of change really begins.”

Kerry also pointed out that we cannot “afford to avert our eyes.” Instead, he said, “We should be asking ourselves, ‘what if that victim of trafficking was my daughter, son, sister or brother?’”

Human trafficking is a $150 billion global indus¬try according to the TIP Report, and most of the cases in the U.S. involve sex. Labor trafficking accounts for less than 20 percent of Maryland’s overall trafficking, according to the National Human Trafficking Resource Center (NHTRC). At least half of human trafficking victims here come from the United States, debunking the notion that most victims are transported from abroad. Many of the Howard County victims were brought here from other parts of the U.S., including Ohio, Maine, New York, Delaware and Arkansas. While the NHTRC has no official estimate of the scope of trafficking in the U.S., it estimates numbers in the hundreds of thousands.

Not all trafficked people spend all their time under lock and key; many are visible in society. Victims of human trafficking often have such telltale signs as heightened anxiety and a malnourished appearance. They may lack personal possessions, have inconsistencies in their personal story and work long hours. In addition, their workplace or home may have unusually heightened security measures.

Maryland has tough laws against trafficking minors, but the punishment for trafficking adults is 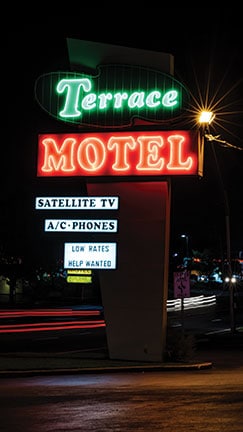 In 2014, the push for the county to fight human trafficking gained some traction with Watson’s introduction of a bill to establish the Howard County Task Force on Human Trafficking. The legislation, resolution 8-2014, passed unanimously.

Sara Cochran, a retired teacher and a lead organizer of HoCo AGAST, played a significant role in establishing the task force. Cochran, who spent years studying the prevalence of human trafficking in the region and lobbying for change, was able to provide critical information to board members.

In 2015 Executive Kittleman created a fund to help combat human trafficking and support victims; his executive order allows assets seized through the arrest of criminals involved with human trafficking to finance the fund. Half of the monies go to a direct service nonprofit, the other half funds law enforcement efforts. Additionally, students in the Leadership U program – part of the Leadership Howard County organization – have spent the summer and fall of 2016 working on a human trafficking community service project. (See box for more details.)

“This criminal activity, which occurs throughout the state and country, must be confronted aggressively,” said Kittleman. “We will not sit by and allow individuals to be exploited for profit.”

In the meantime, the HCPD has increased the number of officers dedicated to human trafficking crimes. Only women who reside in Howard County may benefit from funds allocated for services, however, presenting a problem for victims who often have no proof of residency or permanent address. As a result, many of the women rescued in Howard County can’t access support services here and often seek support in Baltimore.

Survivors Rights
Victims of human trafficking sometimes face the dilemma of being charged with crimes – mostly prostitution. The University of Baltimore School of Law’s Human Trafficking Project is currently working to address this problem.

Katie was kidnapped at the age of 13. For the next several years, she was continuously trafficked for sex, beaten and raped at gunpoint. Ultimately, she was arrested for prostitution. With the help of social services and Safe House of Hope, a Baltimore nonprofit dedicated to helping victims of trafficking with counseling, job training and daily needs such as free food and clothing, Katie became a survivor. Even so her criminal record, stemming from years of forced prostitution, lingered. In 2014, Emmerson used Maryland’s law to wipe Katie’s record. Since then, Katie has enrolled in college and also works as an anti-human trafficking advocate. Katie told Emmerson, “I feel like it’s finally over.”

If you suspect human trafficking, contact the Howard County Police Department at 410-313- STOP. Callers may remain anonymous. You can even leave an anonymous tip via the free smartphone app iWatchHowardCounty. *

The Leadership U program (LU), a division of Leadership Howard County, teaches students about leadership and community outreach through student centered community service projects. Adult community leaders serve as mentors to student teams who work on solutions to problems that affect the community.

During summer 2016, 50 LU participants brainstormed ways they can act as agents of change and then split into groups based on seven areas of concern. The teams chose to focus on the Ellicott City flood; pediatric cancer; veterans; stereotypes and racism; health care; special needs; and human trafficking.

When the young participants raised concerns about human trafficking in Howard County, says Meg Ignacio, director of Leadership U, “I was a little surprised.” She points out, “It’s obviously on their radar.”

After presenting their project proposal to the steering committee, the human trafficking service group spent September and October focusing on education and prevention, targeting adolescents. According to the Howard County Human Trafficking Task Force, the target age range for human trafficking is 11-13.

Baltimore is home to several direct-service organizations and safe houses, including Samaritan Women, Safe House of Hope, and Power Inside. Safe House of Hope has a satellite drop-in center in Howard County, but as of the writing of this article, it was not operating due to staffing issues. The Washington, D.C., based FAIR Girls recently opened a safe house in Prince George’s county in conjunction with its D.C. safe house, so many of the sex trafficking victims it serves are brought to D.C. from Prince Georges County. Also in Prince Georges County, the University of Maryland opened the Support, Advocacy, Freedom and Empowerment (SAFE) Center for Human Trafficking Survivors earlier this year.