A hop to the north feels like a world away. 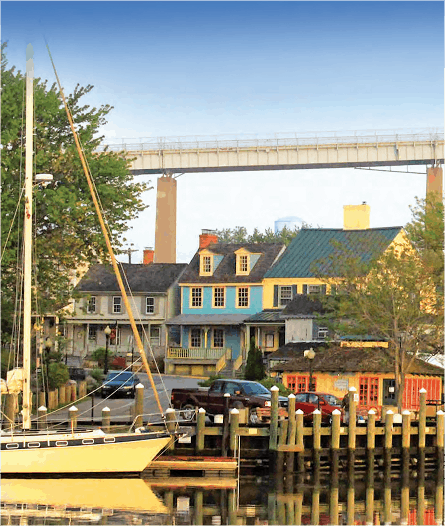 I know take the Bay Bridge to the Eastern Shore, winging nearly 200 feet above the frothy blue water dotted with sails—or more likely, inching along in traffic with a view only of the Thule pod on the car in front.

Last spring I made the trip from the north, driving across a high arched span–that looked for all the world like Cape Cod’s Sagamore Bridge–into Chesapeake City. And when my daughter and I landed in the village, I couldn’t get the Cape Cod thing out of my head. The shops selling scented candles, luxurious yarn, local art, pretty summer frocks and the like that line Bohemia Street in the town center, the waterside seafood restaurant with its outdoor deck overlooking private slips, the pretty Inn at the Canal with its welcoming front porch. It all felt so, well, New England.

On our way to our lodgings, the Fairwinds Farm B&B in the town of North East, we actually saw a covered bridge. The red circa 1861 Gilpin’s Falls bridge is on the National Register of Historic Places. The bridge isn’t on the main road—and is closed to traffic—but to me, it seemed a nod to New Hampshire.

As a New Englander, I sometimes pine for New Hampshire forests, Maine lighthouses, Vermont meadows. An hour and change north of Howard County, we found all that—and more. Cecil County, with one foot in the Eastern Shore, has seaside towns, cycling and kayaking, a massive state park with hiking trails, wineries and tigers.

Yes, tigers. One of the most memorable moments of our trip was a staring contest with Alexis, a white Bengal- Siberian mix with 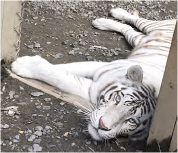 intense, unblinking steel colored eyes. I didn’t harbor any illusions that should the two spans of sturdy fencing that separated us fall away, we’d become friends. And in spite of the reinforced cage, I stepped back and pulled my daughter (who is 17 and taller than I) in close.

Alexis and her tawny sister Miracle were taken in by the Plumpton Park Zoo after their previous home, a zoo in Wisconsin, closed down. Plumpton Park, owned by Cheryl and Nick Lacovara, is home to about 160 mostly exotic animals—some from other zoos, some ill-considered pets that have found sanctuary here. The big news this season is a new home for Jimmy the giraffe, a building that opens to an outside grazing area via a sliding door. Inside, a kind of catwalk along the upper perimeter allows visitors to face Jimmy nose to nose. 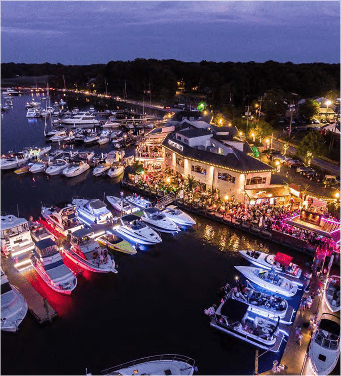 The zoo provides plenty of opportunities for eye contact with animals. A camel ambled its way over to look at us across the fence, and members of a wolf pack made sure we were aware of its hierarchy by pawing and prodding the poor omega. A salmon-crested cockatoo squawked and squawked, determined to keep us from leaving.

But there was more to do and see during our short visit to Cecil County, so we reluctantly told Ozzie goodbye, waving through the plexiglass window as he clung to his little tree watching us depart.

WINE AND FOOD
We had started our Cecil sojourn the day before in Chesapeake City with lunch at the Chesapeake Inn and Marina (which serves, 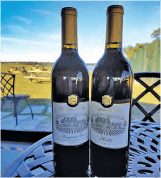 incidentally, sushi and fancy maki rolls along with the more traditional offerings like crab cakes and lobster mac n’ cheese). After a bit of gift shop browsing, we headed down Route 213 to the Chateau Bu De Winery. The winemaker, Jacques Van Der Vyver, is a native of Capetown, South Africa, and shared some of the winery’s recent releases. Chateau Bu De is opening a new tasting room in July, just in time for the release of its first bottles made with grapes grown exclusively on-site.

After the winery stop, we headed to the Fairwinds, the small B&B owned by JoAnn and Ted Dawson, who keep about 26 horses in their stables. The B&B welcomes horses along with their humans, but you needn’t bring your own mount to enjoy getting in the saddle; a trail ride is included in the cost of the room (as is a filling breakfast).

We stayed in a comfortable room, with classic B&B touches—like an antique wooden wash¬stand with porcelain bowl and pitcher (We opted for the clawfoot tub with shower.). The Dawsons also operate a riding school and camp, and Joanne, a member of the 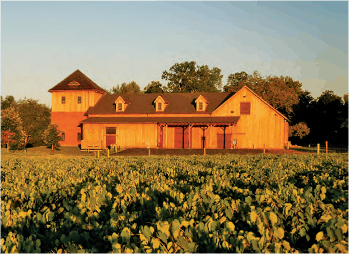 Screen Actors Guild, has appeared in many films, including “Beloved,” “The Sixth Sense,” “12 Monkeys” and “For Richer or Poorer.” She’s also the author of a series of young adult novels–the Lucky Foot Stable Series–about two girls and their adventures with their horses.

While we would have enjoyed chatting with Joanne all evening, we had booked a table at the Fair Hill Inn so headed out to dinner.

The Fair Hill, in the shadow of the Fair Hill race course is owned by a team that includes Chef Frederik Lewis. The restau¬rant recently added a casual option along with its more refined farm-to-table fare. The Greenhaus Biergarten, adjacent to the 18th-century granite inn, serves a casual menu of burgers, wings, flatbreads and salad, along with a selection of beer, wine and “bon vivant” cocktails. The Greenhaus doubles as an actual greenhouse, a home for herbs, and lemon and lime trees, all used for cocktails and cooking.

LIGHTHOUSES AND ICE CREAM
Because of soggy ground at the farm, we decided to move the trail ride to the after¬noon and started day two in Cecil County with an easy walk through Elk Neck State Park to the Turkey Point Lighthouse. The 35-foot tower, built in 1833, sits on 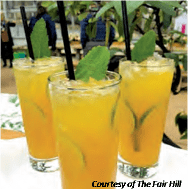 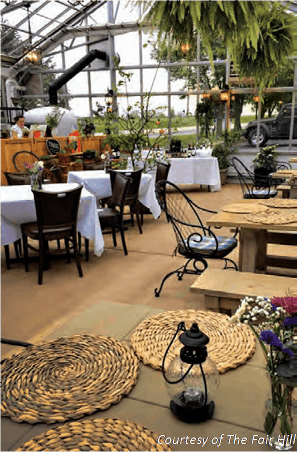 a rocky bluff above the upper tip of the Chesapeake Bay. The lighthouse has the distinction of being tended by women, beginning with Elizabeth Lusby in 1844, and ending with Fannie Mae Salter, who petitioned Presdent Coolidge to let her resume the duties after her husband died in 1925. She eventually retired in 1947, when the lighthouse was automated.

The rest of the day was filled with our visit to the zoo, where we met those edgy cats, lunch at a local wine bar called UnWined, and visit to the Kilby Farm for ice cream. This, by the way, is a must. The family-operated farm has a small storefront set well off the road, proffering 23 flavors of ice cream, plus coffee, wraps and milk from the farm.

BACK IN THE SADDLE
We finally made our way back to the farm for our promised trail ride. The Dawsons offer both English and Western style rides on horses from mellow to more energetic. I opted to go with the more forgiving western saddle as it has been many years since I’ve ridden—and the trail was still a bit muddy. My daughter, who hasn’t been on a horse since birthday party pony rides, was happy with her quiet mount.

We rode alongside the fences that line Fairwind’s pastures and then turned into the woods. The horses splashed across a stream and cantered up a small hill as the sun began to set behind the farmhouse.

As the ride wound down, I began to think about the trip home and decided we should get packed and hit the road. We have a long drive ahead of us, I told my daughter.

I was wrong, of course. We weren’t in New England, we were in Cecil County, Maryland, and would be home in a little over an hour.

.A TRIP TO MARYLAND’S OWN NORTH EAST 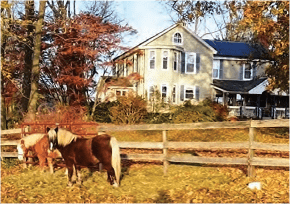 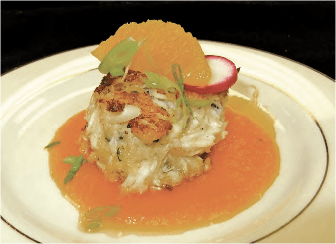 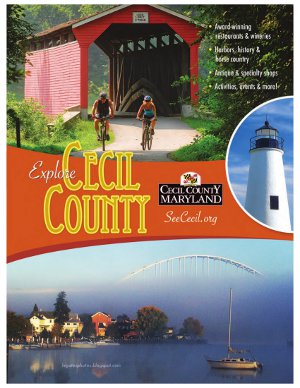