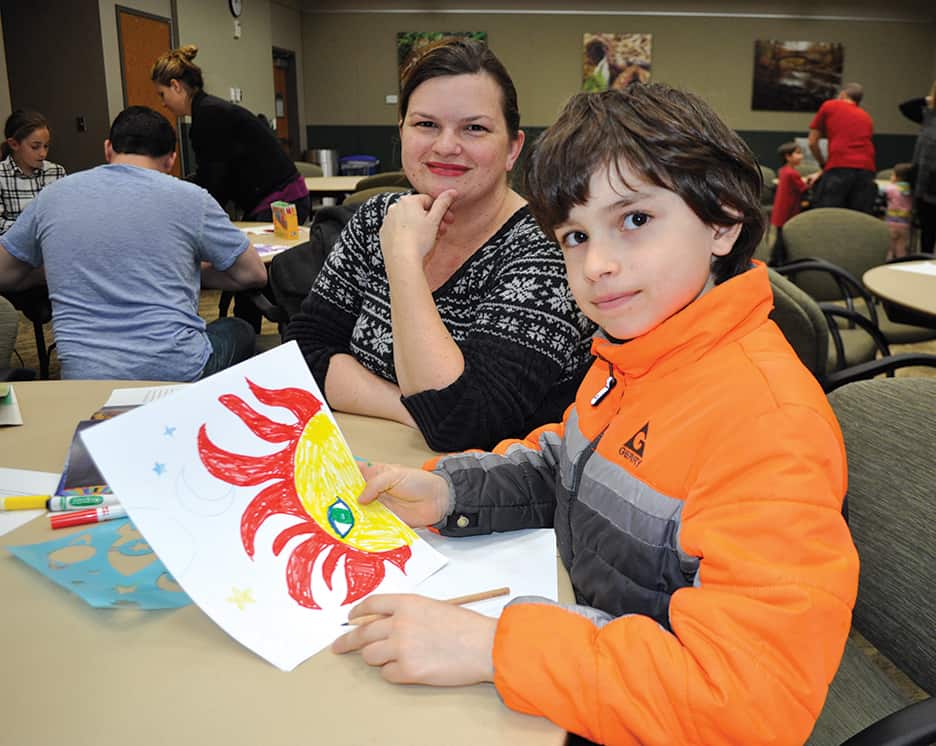 To honor the legacy of Anne Robinson and celebrate Columbia’s 50th anniversary, the Robinson Nature Center is unveiling a new outdoor  exhibit.

The A to Z Trail’ signage will feature each letter of the alphabet decorated with artwork submitted by community members. The installation is modeled on ‘story trails’ in other cities, says Meagan Downey, the center’s program manager. “A story along a trail to keep visitors walking and keeps them interested,” she says. The A to Z trail helps fulfill the mission of connecting people to nature, Downey points out. “We wanted to make it a fun trail especially for our younger audiences.”

Each letter will be illustrated with themes from nature. The center began accepting submissions in late March during a kick-off Draw Your World event, and will accept art on the first Saturday of each month following story hour until July. All are welcome to participate, says Downey.

The trail is slated to be open in time for the anniversary open house in mid-September.