It’s a Small World After All 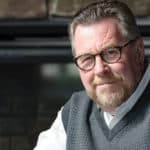 When I was a kid, my parents would tell us that if we didn’t finish our vegetables, they would send the leftovers to the starving kids in India. In those days, that warning didn’t mean much to us. I barely knew where India was, and we didn’t have the wherewithal to register what was happening to children half way around the world. We collected for UNICEF at Halloween, but truthfully, the needs of others in the world were not something that we devoted a lot of time to. The Earth was an abstraction, no bigger to us than our immediate surroundings.

With the expansion of a global society, we have become not only aware, but concerned about others who are far, far away. And recent humanitarian crises have prompted many of us to take action. In the early part of the year, a reported 18.5 million people in Yemen were facing food insecurity, including starvation. These faraway regions don’t seem so far away these days, thanks to the Internet and news coverage.

Back in the day, I was a huge fan of singer/songwriter Harry Chapin (known for his megahit “Cat’s in the Cradle”), launched World Hunger Year in 1975 in response to famine in Bangladesh. Chapin, who died in 1981, was reaching out to help before the 1985 superstar collaboration We are the World, called attention to starvation in Ethiopia (and was revived in 2010 after the earthquake in Haiti).

These big celebrity projects can reach mass audiences and pull in millions of dollars in donations. But we all have the capacity to contribute in our own ways. My children have worked on projects to help create micro-industries in Kenya. As a family, we financed two wells in two villages there. Others we know have sponsored girls’ education, donated food and clothing to shelters and written checks to relief organizations. We have a friend, a young man, who put together a nonprofit called Acirfa (Africa spelled backwards) that supplies bicycles to people in Zambia, shortening long commute times and improving lives.

All of us are exposed daily to those in need, whether they are migrants at the Mexican border, families in the Middle East, or those going hungry or without health care in our own communities. And we can all help, even in micro ways.

It frustrates me that we in the United States throw away a third of our vegetables, that we run the faucet while we are brushing our teeth, oblivious of our consumption. I never want to sound political, but the world is getting smaller, so everyone is our neighbor. In this world, where we can get on Google Maps and look at the roof of a building thousands of miles away, we should worry about the people under that roof and what they need to nourish and support themselves and their families.

Yes, the world seems to have shrunk since the days we didn’t want to eat our peas. Those starving children aren’t in a remote country we’ve never heard of. They are part of our own community—even if that community spans the globe

Steve Wecker is principle in the Wecker Hospitality Group, which owns several Howard County restaurants, including The Iron Bridge Wine Company  and Cured. He adheres to Walt Disney’s principle: “Sometimes it’s fun to do the impossible.”