Rule number one: Don’t ask a question if you aren’t prepared for the answer 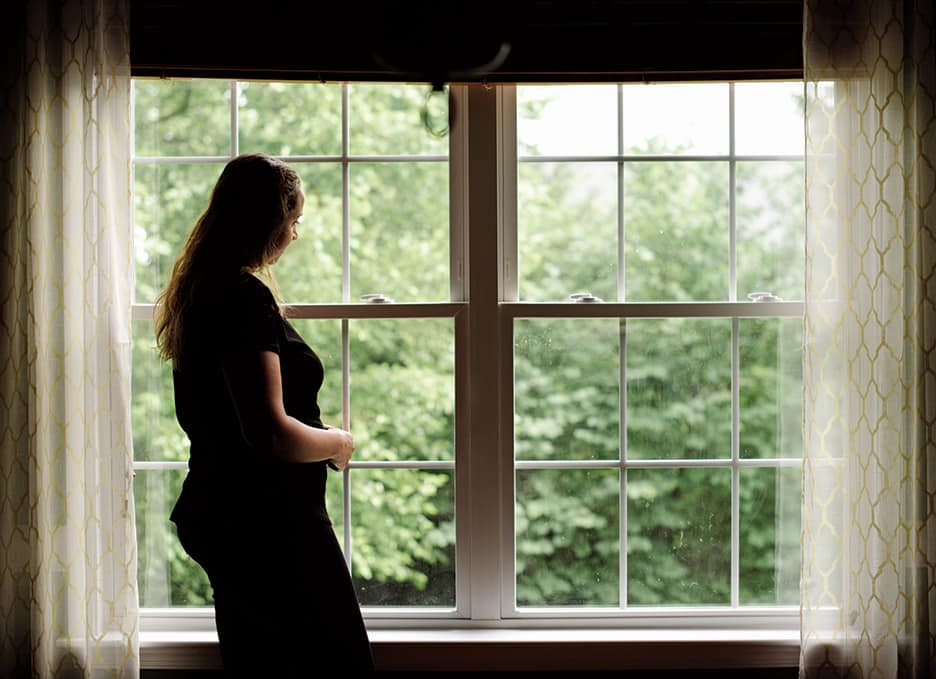 Jennifer wondered why she didn’t look like her siblings—until she sent off a DNA sample for testing.

Looking back, she wonders how she didn’t see it.

Her sisters are petite, she is tall. They have brown eyes, hers are green. They have curly hair, hers is straight. They are reserved, she is gregarious.

Growing up in Howard County, Jennifer never questioned her biological makeup, although strangers frequently asked about it. “You’re so exotic,” they’d say. “What are you?” Once while stopped at a traffic light, someone honked the horn, motioned her to roll down her window and asked, “Are you black?” She said yes and apparently settled a bet.

She didn’t realize at the time she wasn’t giving a wholly accurate response.

Earlier this year, finally succumbing to the little voice in the back of her head, Jennifer spit into a vial, mailed it to AncestryDNA, and awaited the results.

Family secrets used to stay secret—unless perhaps Aunt Edith spilled the beans, grandpa made a deathbed confession, or documents in a long-forgotten box in the attic revealed new facts. But thanks to websites that help fill in the family tree and DNA kits that connect genetic dots, keeping family secrets is getting harder and harder.

More than 12 million people have now used direct-to-consumer tests to have their DNA analyzed, according to MIT Technology Review. And the kits are becoming popular gifts: AncestryDNA says it sold 1.5 million kits over the Black Friday weekend last year, and Amazon reported that 23andMe was one of its top five sellers this past holiday season.

But experts warn that using the kits should not be done on a lark. Some raise concerns about the privacy of medical information and how the results could affect insurance rates; others worry about false positives and negatives regarding predispositions to diseases like breast cancer or Alzheimer’s. And of course there’s the larger issue of not asking a question if you are not prepared for the answer.

“Families are complicated, and you can find out things you were not bargaining for,” says Juli Bollinger, a genetic counselor at the Johns Hopkins Berman Institute of Bioethics.

“Some say, ‘Oh, this will be fun’ but now all of a sudden Dad’s not Dad, and this Christmas gift isn’t what we thought it would be,” she says.

Jennifer’s results from AncestryDNA arrived in early April: 47 percent of her genetic makeup, she learned, was from Great Britain. Yet she was raised thinking both of her parents are African American.

“I thought, ‘Oh my gosh, I finally have confirmation,’ I always had suspicions,” she says. “This confirmed it.”

But perhaps the most surprising thing for the 35-year-old was not that she was actually half white. It was that when the website gave her a list of people she might be related to, a name popped up that she knew—someone she hadn’t thought was a blood relative.

The woman in the database was not only Jennifer’s mother’s brother’s wife, but also the sister of Jennifer’s biological father, who is white. Jennifer’s parents—biological and not—were all part of the same church group in high school and often socialized together.

Her biological father, whom she saw frequently during her childhood, told her on the phone recently that he’s sorry she grew up not knowing her true identity. Her father—the man who raised her and whom she will always consider her dad—has been “devastated” by the news, Jennifer said.

Her family wants to keep all of this under wraps (hence the use of her first name only) but Jennifer is excited to be part of a larger family—many of whom have welcomed her with tears and embraces. And she’s glad that she now has more accurate information about her family’s health history—especially because she has a son of her own.

If someone asks her about her background, she says she plans to tell the truth, even if other family members are present. “I’m changing history now,” she says. “I’m re-writing it to be the truth.” 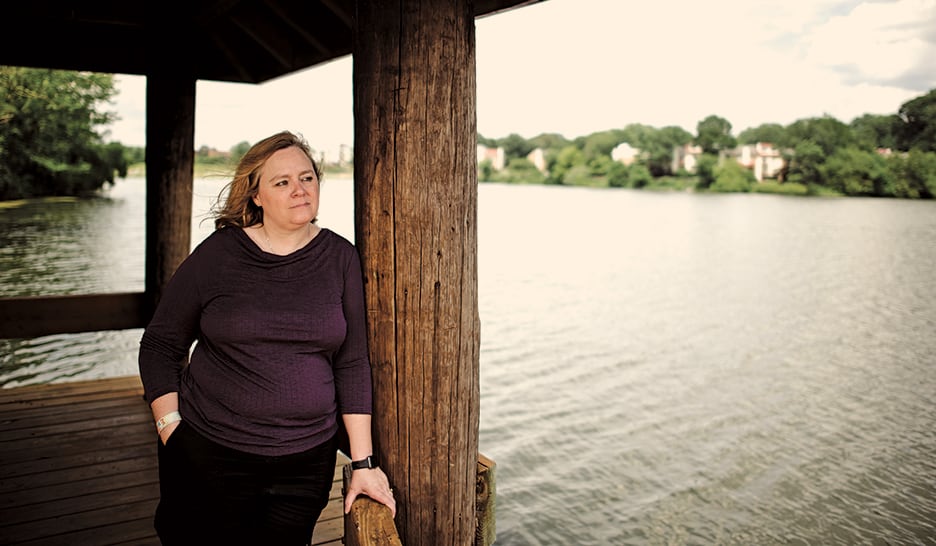 Columbia resident Ilana Bittner learned about her birth parents after the results from her DNA test became part of the 23andMe database.

lana Bittner, who lives in Columbia and runs a digital communications firm, always knew she was adopted and says she felt no desire to find her biological parents. But after her husband took a DNA test and learned that he wasn’t actually part Cherokee as family lore had said, she thought it would be fun to give it a go.

Like many people, Bittner found out she has hundreds of third and fourth and fifth cousins, and she learned she’s 50 percent Western European.

“But what do you do with that information?” she wondered. She didn’t feel a need to chase down blood relatives. “It wasn’t my place to turn someone’s world upside down when they don’t know I exist,” she says.

So that was the end of her genealogical adventure.

Except that her DNA strands were still on file and she was part of 23andMe’s growing database. This spring, a couple of years after doing her kit, Bittner received an email from a woman, saying, “I just got my test results back and it says we’re family.”

The two exchanged a few emails, then the woman asked what date Bittner was born.

“I told her, and she responded immediately and said, ‘My brother and his girlfriend gave a baby up for adoption on that day. He might be your father!’”

Bittner conferred with her adoptive parents and they supported her in moving forward.

“Forty-eight hours later, boom, I knew who they both were and had spoken to them on the phone,” says Bittner.

It’s been a few months since then and she’s met her biological mother (“There was a big hug but no tears.”) and spoken by phone to her biological father. She’s found some similarities, such as a penchant for Disney, being a picky eater and living near water.

“But I think you can find that kind of thing with almost anyone you meet,” she says.

Bittner was conceived in the late 1960s; her biological parents were very young and not ready for children. “So here I am,” says Bittner, who seems to have taken it all in stride.

“I have two great families now, it seems, and there are quirks like every family,” she points out. “It just makes my family bigger, which is a life bonus.” 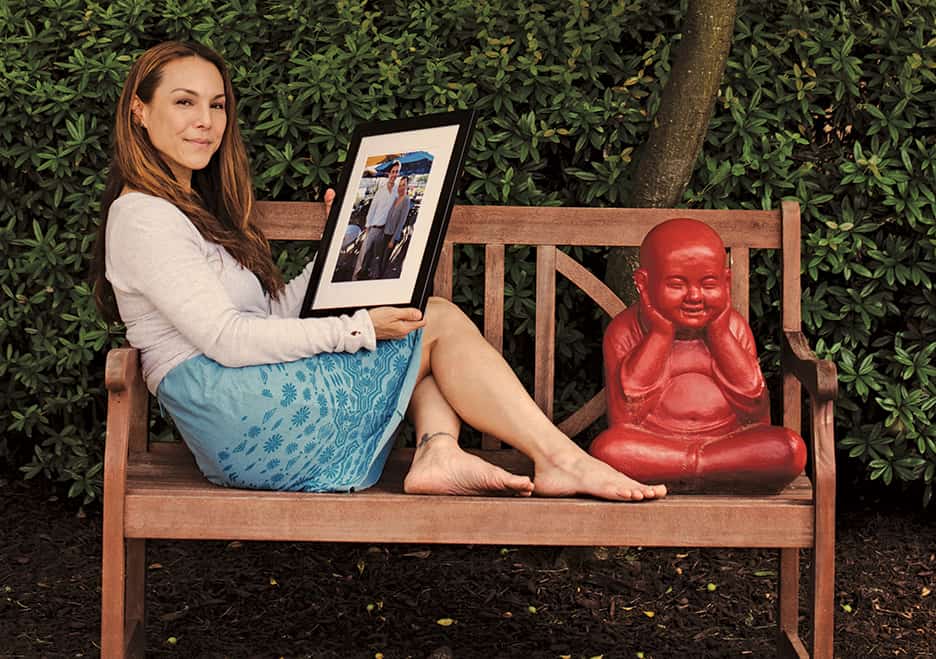 Melisa Casses holds a photograph of the half-sister she recently learned of, who lives in Hawaii.

Melisa Casses didn’t get a DNA kit for Christmas. But she did get a sister.

The holiday season was in full swing last year when Casses’ brother received a letter from a woman who thought she might be his sister. Hawaii, where Casses and her brother grew up and where he still lives, had just opened its adoption records and the woman thought he might be related to her father. They met for a beer and it was clear they were siblings.

Unbeknownst to the rest of the family,  including Casses’ mother, her father had a child with a woman he had met when she and her family went to Hawaii on vacation, years before Casses’ mother came into the picture. Casses’ father is Japanese and the mother of his child is white and grew up in the Midwest. She decided to have the baby in Hawaii and give her up for adoption there, Casses says, because she believed a mixed-race baby would carry less of a stigma in Hawaii.

Casses, a yoga instructor who lives in Towson, says her father will not acknowledge the daughter, although his full name is on the birth certificate, but she and her brother have welcomed their older half-sister, Kris, with open arms. Casses’ parents divorced years ago.

“It’s really the best gift my dad could have given me, especially because we don’t really have a relationship with him anymore,” Casses said. She and her sister speak on the phone regularly, and Casses plans to take her family to Hawaii next year so they can meet in person.

Every time Yvonne Erickson moved into a new house, one of the things she brought along was a box marked “family.” She knew it contained some items belonging to her late uncle, Gunther Rabe, who had died in Germany in 1990, but she had never found the time to open it and go through the contents.

But this spring when she was downsizing from her house in Ellicott City, she knew it had to be tackled.

There sat a Nazi Iron Cross medal and a black Wound Badge, a military award similar to the U.S. Purple Heart, though much easier to get. Her mind immediately went to the “worst scenario possible”—that he might have worked at the gas chambers.

The Nazi paraphernalia had no markings indicating their recipient. And as far as Erickson knew, her uncle had been a filmmaker during the war. He never mentioned serving in the military, though he also never spoke of his life prior to meeting Erickson’s aunt.

“I adored him. He knew my daughter and was very generous with gifts and things like that,” says Erickson, 61.

Erickson says her Uncle Gunther outlived his wife and, when he died, left his house in Germany to her family.

Erickson hasn’t had a chance to try to reach her relatives in Germany to see if they have any insight into the items. But through some preliminary research she found that Adolph Hitler was known to be generous with medals—especially 2nd class medals—because he considered them a form of advertising for the Nazi party. She wonders if her uncle received the Iron Cross after making a propaganda film for the Nazis or, perhaps, even as a reward for sharing intelligence about a friend or neighbor.

She dismisses the idea that her uncle might have been a collector because the medals were not on display, and he didn’t have many.

The discovery is all the more shocking for Erickson because her late father, Siegfried Graetzer, helped get Jews out of his native Poland after Hitler came to power.

“I’m puzzled by the whole thing. I still think of him fondly, but with a question mark,” she says, adding: “The lesson is, open your boxes and you could find treasures or things you didn’t want to know about.”*