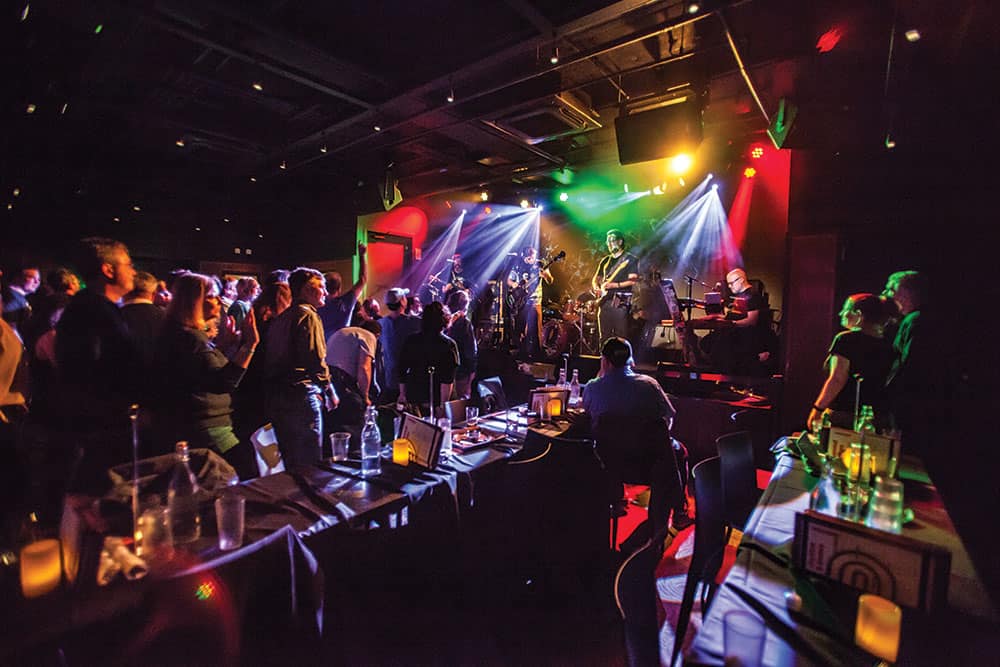 Music at the Soundry.

Columbia nightlife is coming into its own 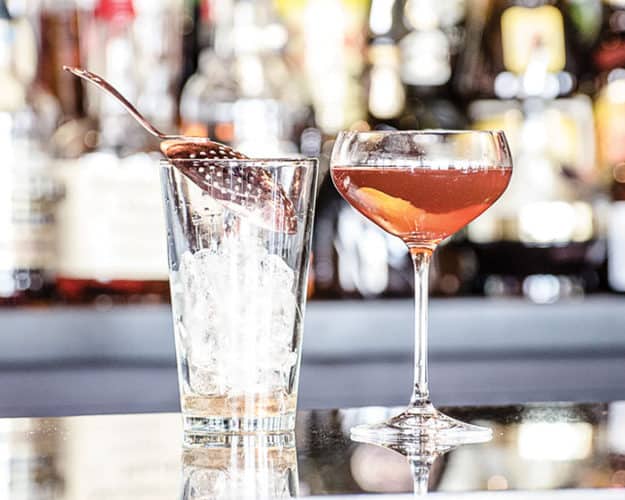 These days, an exciting night out in downtown Columbia is easy to come by. You can sip on a smoked Old Fashioned at 18th & 21st before taking in a show at Merriweather Post Pavilion. Or meet up with friends for a dozen Skipjack oysters sourced from Tangier Sound, Maryland, paired with craft beer from a nearby brewery at The Walrus Oyster & Ale House.

But longtime locals know it wasn’t always this way—for about the first half century since Columbia’s founding in 1967, there wasn’t much in the way of nightlife in the heart of the city.

A vibrant downtown core was an important part of developer James Rouse’s vision, but several factors—including an economic recession in the 1970s—prevented it from being fully realized.

In fact, early marketing materials created before the city’s opening touted downtown as a cultural hub: “The heart of the city will be the home of art and music schools, theaters, museums, galleries. It will be an opportunity to learn to study painting, sculpture, to visit an exhibit, or to see a play or a film,” read one such piece, says Barbara Kellner, former archivist for the Columbia Association. “It goes on to talk about the nightlife, because, absolutely, that was part of the original goal.”

The development of Columbia is far from finished, however. In fact, Rouse himself understood that Columbia would “take a long time to complete, maybe never, we hope never.”

Picking up where Rouse left off

Residents and officials have debated how to improve the city’s downtown core “almost since its founding,” states the 2010 Downtown Columbia Plan.

New bars, restaurants and venues, part of the first of three phases of development aim to make downtown “become more vibrant and relevant to Columbia’s residents,” according to the plan. Increasing the number of people living downtown, adding more shops and recreational and cultural amenities, and making downtown more attractive and pedestrian-friendly will drive traffic.

The project encompasses three neighborhoods across 391 acres in Downtown Columbia. The first neighborhood, currently in development, is the Merriweather District, a 68-acre, half-moon-shaped property bounded by Route 29 to the east, Broken Land Parkway to the west, and Little Patuxent Parkway to the north. The Howard Hughes Corporation (HHC), a Dallas-based development and construction management company is tasked with bringing it all to pass.

The Merriweather District represents what Downtown Columbia was meant to be, says Vanessa Rodriguez, the developer’s director of marketing.

The district is already home to farm-to-table restaurant Cured and the adjoining speakeasy-style cocktail lounge 18th & 21st, which opened in summer 2018 at One Merriweather, a 200,000-square-foot building anchored by MedStar Health.

“Howard Hughes told us they were trying to accomplish that urban, local, walkable city vibe,” says restaurateur Steve Wecker, who also owns Iron Bridge Wine Company. Wecker says in the early phases of the restaurant’s development, he looked at several locations throughout Columbia and greater Howard County, but decided One Merriweather and its downtown location was the best fit. Seven years ago, Wecker says, he spoke with HHC regional president of Columbia, John DeWolf, who passed away in August 2018. Wecker recalls that DeWolf told him the restaurant was “exactly what we need to kick-start the downtown.”

From construction to community

It takes more than new buildings to create a downtown. At least, that’s the stance of Ian Kennedy, president of the Downtown Columbia Arts and Culture Commission, a nonprofit formed in 2013 to enhance the vibrancy of downtown through cultural activities.

“What was missing from this city, but we’re starting to see more of it, is that center of gravity, that pull toward a place where the community comes together around the arts, around entertainment, around community life,” says Kennedy, whose organization received ownership of Merriweather Post Pavilion in fall 2016.

“We’re trying to take what was great about Columbia’s culture and founding values and reimagine them for the next 50 years,” he says. “Downtowns are where things are happening, and we’re trying to make things happen.”

With Merriweather Post Pavilion under its purview, the commission is working to bring a mix of programming to the venue that will appeal to locals and attract visitors. “It should be a home for great commercial, contemporary music shows, but it should also be a home for the sort of cultural programming that was promised 50 years ago,” says Kennedy. “And I think people also have the same feeling about downtown—like, there should be more there.”

With that in mind, the commission recently hired Darin Atwater as its artistic director. Atwater will bring his Soulful Symphony—an 85-piece orchestra that counts R&B, hip-hop, gospel and other genres of music in its repertoire—with him to Merriweather Post Pavilion as its resident orchestra. “To me, it’s sort of a realization of that original vision for the venue,” says Kennedy.

It’s one step in the larger journey to bolster downtown Columbia as a hub of culture and nightlife. “For the longest time, you could basically describe downtown as the mall and Merriweather, and maybe if you really knew Columbia you would say something about the Lakefront plaza or Clyde’s,” Kennedy points out. “Before June 2018 there was one music venue in downtown Columbia, and it just happened to have a 19,000-person capacity.”

The opening of The Soundry, from the group behind Clyde’s and The Hamilton Live in D.C., offered a new type of entertainment experience to the community. With a 300-person capacity for standing shows and 200 for seated experiences, The Soundry serves street food-inspired fare and craft beer made locally.

It’s an early sign of downtown’s potential, says Kennedy. His hope, he says is that soon Columbia will inspire spontaneous visitors. He says he wants to hear people say, “We’ll just go downtown because something is happening, and you know you’re going to find something great to do.” 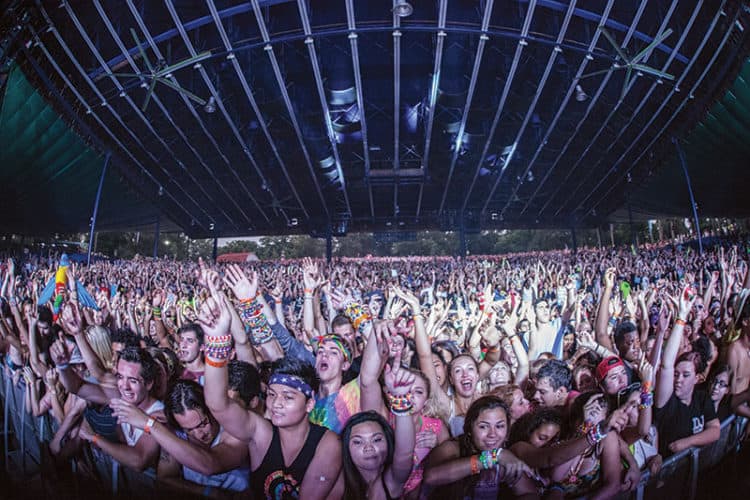 What to eat, drink, and do in downtown Columbia 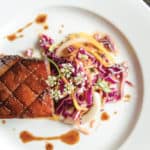 Cured
Since opening in June 2018, this farm-to-table restaurant and bar has attracted a diverse crowd of business diners and concert-goers. Its plaid-shirt-clad wait staff delivers upscale comfort food, craft cocktails and locally brewed beers to guests in a laid-back environment. Try the tuna and avocado tartar paired with the House G&T. 10980 Grantchester Way, Suite 110

18th & 21st
Modeled after a Prohibition-era speakeasy, this spot tucked away inside Cured pairs craft cocktails with live music. Try the Diamondback, a draft cocktail with Rittenhouse Bonded Rye, Yellow Chartreuse, and Clear Creek Apple Brandy (not all at once). 10980 Grantchester Way, Suite 110

The Walrus Oyster & Ale House
Inspired by the Chesapeake Bay, this restaurant and ale house serves scratch cooking and tasty beverages. Indulge in the jumbo lump crab cake, washed down with a white IPA from 3 Stars in Washington, D.C. 10300
Little Patuxent Parkway

The Soundry
With folk-Americana artist Peter Bradley Adams, singer-songwriter Willie Nile and vintage pop singer Kat Edmonson on deck for shows this spring,
The Soundry has solidified itself as a complementary venue to Merriweather Post Pavilion. Grab carne street tacos, take a seat at picnic-style communal tables and enjoy the show. 10221 Wincopin Circle