AT 95, MILLIE BAILEY HAS ALL SHE NEEDS.

BUT SHE KNOWS OF PLENTY WHO DON’T.

INTERVIEW BY Martha Thomas   PORTRAIT BY André Chung
Vivian “Millie” Bailey was born in Washington, D.C., in 1918, but her mother moved the children back to her hometown of Tulsa 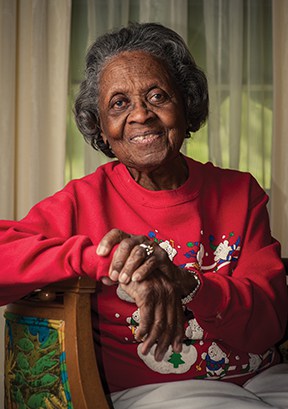