GROWING UP IN AN ASSIMILATED HOUSEHOLD,

My teenage daughter Jane’s favorite food is a pasta dish called kasha varnishkes. It’s an Ashkenazi Jewish recipe, one of a 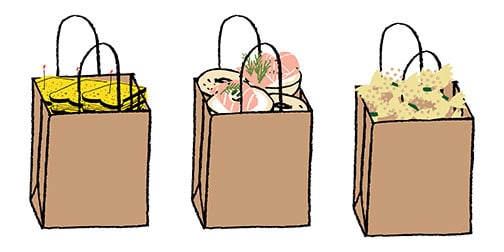 number of delights from this cuisine on which I raised my children. I am an Ashkenazi Jew with ancestors who came from Eastern Europe in the late 19th and early 20th centuries, but my own childhood was completely free of kasha varnishkes, a satisfying, deliciously nutty-smelling comfort food with only four ingredients: bow-tie pasta, onion, olive oil and kasha. I never even heard of it until I was in my 30s, when it was served to me in Texas by a guy who owned an Italian restaurant.

I grew up in the most assimilated of Jewish households – neither of my parents had been raised with much in the way of religion. They did the barest minimum to pass the faith along to my sister and me, joining a Hebrew school carpool but never trespassing on the sacred grounds themselves except when invited to a friend’s kid’s bar mitzvah, in which case my mother was known for timing her arrival after the final chanting of the Haftorah. My mother was not only no big Jew, she was also no big cook.

The ultimate Jewish meal as I understood it, required no cooking. This was, of course, bagels, cream cheese and smoked salmon (the slightly less salty and oily nova style, rather than lox), served with sliced tomato and purple Bermuda onion. The bagels were plain, onion, poppy seed, sesame seed or pumpernickel marble; no cinnamon raisin and absolutely no blueberry, chocolate chip or banana, which were not even invented yet. The vegetables came from a farm market on Sunset Avenue in Wanamassa known as Snooky’s. So New Jersey.

My mother’s domestic expertise consisted of knowing the best place to buy things, rather than actually concocting anything in the kitchen. She was in the avant garde of the mid century realization that shopping could replace cooking and could be elevated to an art. The other store-bought Jewish foods that appeared in our fridge were not usually offered to the kids – a bottle of thin magenta Manischewitz borscht, a blue-and-white waxed-paper tub of Mrs. Kornberg’s chopped liver (though occasionally my grandmother made it from scratch). For my mother’s bridge parties, trays of cut-up corned beef, pastrami and chopped liver three-decker sandwiches on rye, impaled with frilly toothpicks and wrapped in layers of gold cellophane, were ordered from the deli. Layered with coleslaw and spread with Russian dressing, these we called ‘sloppy Joes,’ so I was surprised when I encountered later in life the saucy, messy ground beef sandwiches of the goyim that bear the same name. I was home in New Jersey from college one spring, reading the paper at my mother’s kitchen table when one of these fragrant golden sandwich trays ended my decade of committed vegetarianism.

My first wedding was held at my parents’ golf club, the closest thing they had to a place of worship. I planned it for midday on a Sunday, specifically so I could serve bagels and fish. We had smoked salmon, sable, sturgeon, whitefish and trout – and also bacon, and possibly shrimp. The wedding was performed by the mayor of a neighboring town, who was, like us, a golf club Jew.

I raised my children on bagels, of course, and my mother’s matzo ball soup. You buy a box of matzo ball soup mix. Follow the directions, adding sliced carrots and celery and thin noodles from a dried Lipton chicken noodle soup package when you drop in the matzo balls. Some people return to the faith when they have kids; I did not, choosing to raise mine with the agnostic worldview my parents passed on to me. But I did start atavistically cooking dishes that had not been prepared in my family for generations, and my children fell on them with a gusto that also seemed genetically coded.

I bake challah and rye bread from scratch (secret: use black cumin or ‘nigella’ seeds as well as regular caraway); I make a delicious, thick borscht with julienned beets, carrots and cabbage; I fry latkes around Rosh Hashanah. And then there’s the kasha varnishkes. Which really are vegetarian, since I leave out the schmaltz (aka chicken fat). Though it sounds exotic, kasha varnishkes is ultimately nursery food. Kasha, the Russian word for buckwheat, is a gluten-free pseudo-grain, like quinoa, spelt or amaranth. It is high in fiber, protein, zinc, copper, magnesium and potassium. It’s also very good for the digestion. Wolff’s is the brand I’ve found in stores. The recipe I use, from Mark Bittman, follows.

Since kosher food is divided into “meat” and “milk,” the latter essentially meaning “without meat,” kosher cuisine includes many interesting vegetarian dishes. Kosher New Yorkers support a whole strata of weird vegetarian Asian restaurants in the outer boroughs, where they make elaborate “fish” and “lamb” and “God knows what it’s supposed to be” most likely out of some kind of soy product. Along these lines, I recently remembered a delicious vegetarian chopped liver brought to me by a friend, and asked her for her recipe. My daughter Jane likes it on toasted rye. So, may your children be as beautiful as they are healthy, and as healthy as they are smart. Happy New Year. * 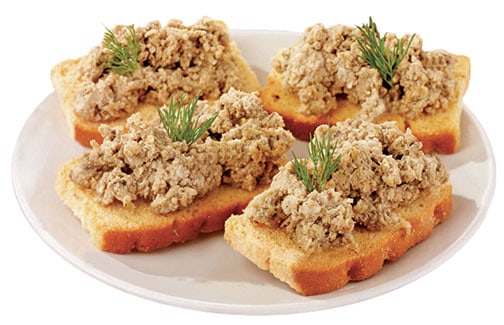 – 3 onions
– ½ cup walnuts
– 16 oz. bag frozen peas, defrosted and drained
– 4 hardboiled eggs
Slice the onions and sauté until mostly brown (in a little more oil than you would normally use.) Chop walnuts very fine in food the food processor, then add other ingredients with plenty of salt and pepper. Pulse until smooth. 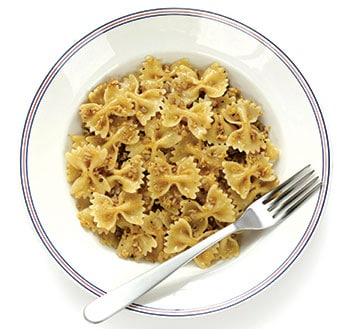