Hero Starts with Her

Choosing from so many exemplary women was a challenge, but here we announce the 2020 Her Mind Heroes 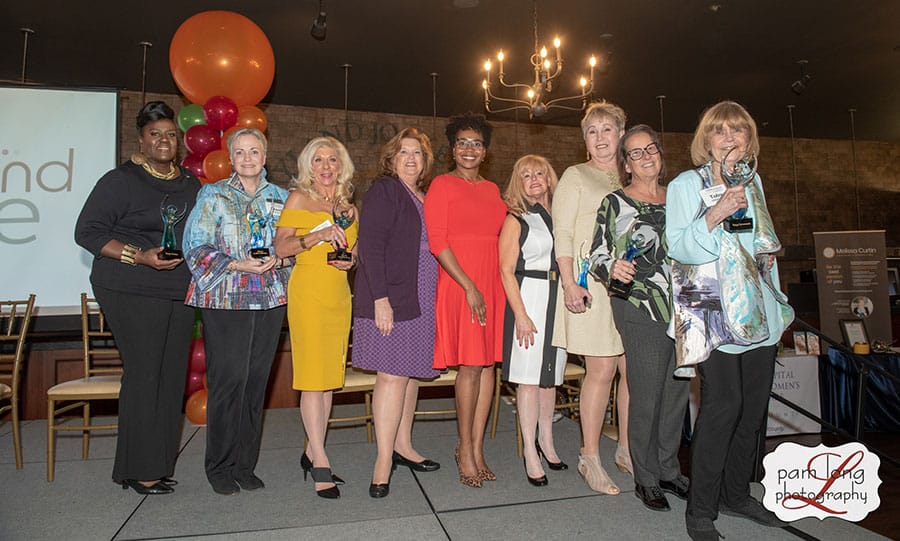 2020 Her Mind Community Heroes celebrated at the the March 5, 2020 Her Mind Live event with publishers Beth Ditman (in black and white) and Dotty Doub (in purple); and first lady of Howard County, Shani Ball (in red)

In its nearly 10 years of publication, Her Mind magazine has featured hundreds of local women—entrepreneurs, business owners, health care providers, community advocates, artists, and many more. Each of these women is a hero in her own right, contributing to the vibrancy, equity, and livability of Howard County.

“We know that women find inspiration from one another,” said Beth Ditman, president of Custom Media Options (sponsors of the event) and one of the magazine’s founders. “Our mission has always been to bring women together to help each other while doing good.”

For the first annual Her Mind Live, the publishers have chosen to honor six community leaders who exemplify the community-minded values that have long been a part of Her Mind.

Ditman and co-president Dorothy Doub launched Her Mind magazine in 2010 as a tool for women in Howard County to connect, learn, and inspire. In 2019, the magazine transitioned from a quarterly print publication to an online presence with one annual print issue. Her Mind Live was established in response to women in Howard County who have expressed strong interest in women-centered networking events.

“It was challenging to narrow down the list of heroes to only six,” said Doub. “One of the things that makes Howard County special is that so many in our community are involved in philanthropy and giving back.” 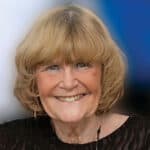 Founder and artistic director of Toby’s Dinner Theatre, Toby has been a leader in the Howard County arts scene for four decades. She started a nonprofit theatrical arts school, the Columbia Center for the Arts (CCTA) in 1974, “to educate through the arts by creating theatrical experiences that inspire thought, action, creativity and change.” She has also served many times as chair and director for the Howard County Arts Council’s gala, and has received multiple awards, including the Maryland State Department of Education’s Outstanding Woman in the Arts and several Helen Hayes honors. 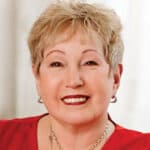 The oldest of four sisters, Linda is a Howard County native who is involved in Gilchrist Hospice, the Howard Chamber, the Rotary Club of Columbia Patuxent, Business Women’s Network of Howard County, and Respite Retreats, to name a few.  She has practiced law for 38 years as a litigator, mediator, and mentor, and is Chair of Legal Operations at Offit/Kurman Attorneys at Law. 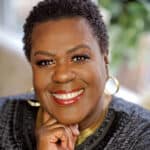 Nette Stokes has had a lifetime of exposure in assisting and serving others ever since she was a child. She witnessed her mother and community helping one another, even in the most impoverished circumstances. She understood that she had to do the same: help others. Nette founded her nonprofit JustLiving Advocacy in memory of her mother, who died of a heart attack while providing childcare for working mothers in her home. The organization honors Geraldine Boone-Bush’s legacy by offering financial help so single mothers can pay for childcare.  It also educates women about heart disease. 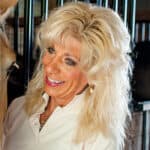 Brenda is familiar to Howard County audiences for her video program “Fit and Fabulous,” about healthy eating and exercise. Her business, Fit for Life, offers personal training and motivational speaking. Brenda and her husband also operate vR Growth and Learning Center, an equine therapy facility at their farm in Sykesville. Brenda is devoted to working in the community and has served on the boards of Leadership Howard County, the American Heart Association Maryland, and Get Active Howard County, among many others. 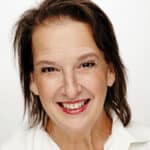 The youngest of three children, Patti experienced poverty early in her life, so is familiar with the toll it can take on families and communities. After a career in finance and advertising, Patti, who is married to restaurateur Steve Wecker, took time off to raise their five children. More recently, she has worked at Bethel Ministries, serving its community, and with her family opened the restaurants Cured and 18th & 21st. Their restaurants have a commitment to giving back to the community:  on the third Monday of each month, 18th and 21st gives a different charity a high-end cocktail party, donating the restaurant, food, drink, and entertainment. The nonprofit sells tickets and keeps 100% of the ticket sales. 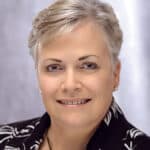 A third-generation licensed mortician and owner and president of the Harry H. Witzke’s Family Funeral Home, Sherri is active in many local organizations. She served as co-chair for Gilchrist Center’s 2019 Taste of Howard County and is honorary chair for the 2020 Chocolate Ball benefiting The Arc of Howard County. Sherri received the Excellence in Professional Services Award for providing outstanding services to people with intellectual and developmental disabilities. She is a board member for Blossoms of Hope and serves on committees for several other local nonprofits.