Liz Bobo was the first—and so far, the only—woman to hold the office 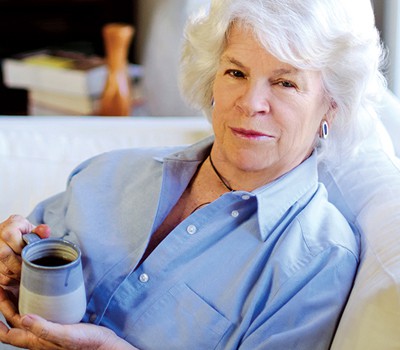 of county executive in Howard County, holding the office from 1986 to 1990. She attended law school at the University of Maryland later in life, attaining admission to the Maryland Bar Association at the age of 49, two years before she was elected to the state’s House of Delegates. During her years in politics, Bobo was known for supporting such progressive causes as environmental protection and in-state tuition for undocumented immigrants.

Q Are you pleased to see so many women running for office?
It’s definitely a good thing. Of course, we still have to evaluate each one of them. We know from history that just because you’re a woman doesn’t mean you’re going to be good on public policy, justice or women’s justice issues. If nothing else, we have a much larger pool of candidates to choose from.

Q How did you become involved in politics?
It was a surprise to me. I was a lit major in college and then stayed home to raise my kids. I was here on the ground floor of Columbia. Jim Rouse wanted to build a hospital; three different hospitals wanted to build here, even though it was a time when hospitals couldn’t fill their beds. It didn’t’ seem to be a good idea to try to get three fledgling hospitals off the ground at the same time. I learned a lot during that period. It had nothing to do with partisan politics, and I learned I could handle things that upset me, and I also learned I could speak publicly, and I could organize people to action. Before that, I’d never even licked a stamp to put on an envelope for a political cause.

Q What was first your race?
When the hospital issue was still going through various planning processes, there had been no residents of Columbia serving on the five-member county council. I was appointed when someone left; I served two terms on the county council then ran for county executive.

Q Did the new Columbia move Howard County to being more progressive?
It definitely was a significant factor. We’re cutting edge on a lot of things. We were one of the first—right after Harvey Milk—to put lesbians and gays in the human rights law. I came on at the tail end of that. It was amazing. The second county in a country of over 3,000 counties. I’ve never shied away from the word liberal. I think it’s insane to avoid the word. It’s base is liberty, and we all go around afraid to use the word.

Q What are you most proud of from your time as county executive?
I’m very proud of things I’ve done on some of the environmental issues. When I became county executive in 1986, we had absolutely no setbacks from streams. You could cut down every blade of grass. When I was first elected, I didn’t put out any major legislation for four months. We needed to make sure we knew what we were doing. So we finally put together a package that provided for a requirement of, I don’t know, 20-foot setbacks from stream valley, no clearcutting of trees, no building on slopes of greater than a certain angle. I think I lost my re-election on that day.

Q That must have been tough.
It was a very hard loss, but I learned I could handle it. Then Governor Schaeffer gave me a job as deputy secretary of the Department of Human Resources—dealing with food stamps, child care, child abuse, all of those things. It was such an eye-opener. I had seen poverty in Baltimore when I was growing up, but I hadn’t seen poverty the way I saw it from the Department of Human Resources. I hadn’t seen how some of these programs weren’t working. Let’s just say that the secretary and I didn’t get along very well, so I left in 1992. I think if I hadn’t left I would have been asked to leave. It was a rough experience but I learned a heck of a lot.

Q Was there a silver lining?
This guy who was on the council when I was appointed, Lloyd Knowles— about a year after I lost, we were married. It was a good trade. As hard as that loss was, I have a great husband. He’s smart, he‘s kind, he’s very liberal.

Q Did you get back into politics?
When they redistricted, Lloyd said, you’ve got a made-to-order seat for the House of Delegates. I said no, I just don’t want my life to be that. But other people kept asking me, so I ran…I went to Annapolis and that was another learning experience. How slowly things moved compared to the county level. I decided to call every vote the way I saw it. And do it with respect, not criticize anybody.

Q What made you decide to leave politics?
I had decided that 20 years was going to be enough. My oldest grandchild had a recurrence of brain cancer when I was in my last term. He ultimately died, about three months before the end of session. It was very hard. He had brain cancer when he was younger, and it took him six months to recover. Ben Carson operated on him. He was magnificent as a doctor. Can you believe it? Well, anyway, my grandson recovered, but the doctor said you may see this again. He was a great kid, he was smart, he was funny, he was kind. He was visiting me one day, Christmas seven years ago. The two of us sat on the couch upstairs, and just talked and talked and talked. All of a sudden, he said, ‘Do you mind if I lay down a bit?’ The next day his mother called me. He had another brain tumor. It was three years of slow, slow, slow, slow. But what he did with those three years…even though he was a young adult, he was in the pediatric unit. He’d walk up and down the halls with a superman outfit on. The kids would get so excited. He’d spend time with them before they had surgery. My daughter, his mom, and her husband, we feel his presence with us. It’s just palpable.

Q What are you doing now?
I’m taking a poetry class at the community college. The quality just blows me away. I’m on the board of the Little Patuxent review. I’m also in two different meditation groups. Meditation became very important to me about 13 years ago. I started going on weeklong silent retreats. I’m not a Buddhist, I’m not an atheist, I’m not a catholic as I was raised to be. I’m not an anything, but I do believe there’s more to life than this. I have no idea what it is.

Q You can’t talk at all for a whole week?
You’re not supposed to. I eased into it, and it’s hugely helpful to me.

Q I think I could make it a day.
Then do a day. I belong to two groups. One is a mile away, we get together every Wednesday. I also go to a Monday night a group in the Kittamaqundi community. When I’m worried about something or afraid of something, I track in my mind what’s going on in my mind, in my body, in my feelings, my spirit and the world. If you can get yourself to focus on that, it’s so much easier to deal with all this stuff.*