SUMMER FUN IS NONSTOP IN THE NEW COLUMBIA 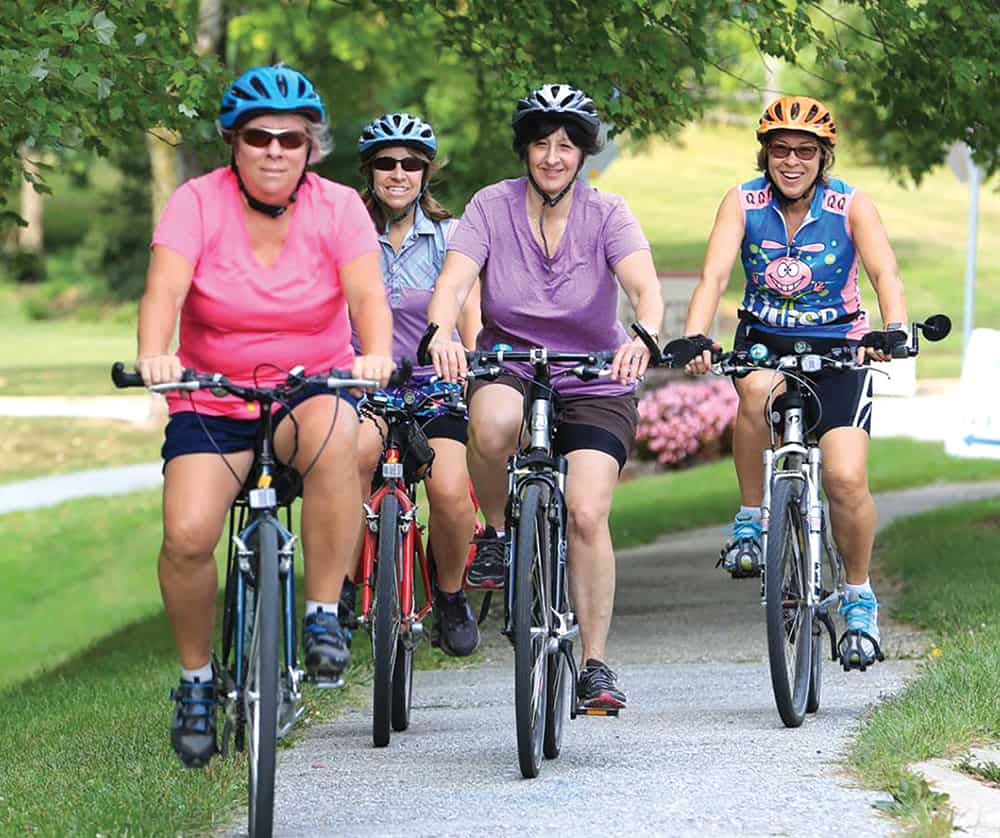 Since Columbia founder Jim Rouse declared his vision for a people-focused community that would “uplift, inspire, stimulate, and develop the best in man,” citizens—men and women alike—have been enjoying all the activities the city has to offer. Half a century after Rouse declared his vision, the city continues to build on it. The redevelopment of Columbia’s urban core has attracted new businesses, birthed new public gathering places and reenergized the community. This year there are more opportunities for summer fun in Columbia than ever before, from freshly paved walking trails and renovated parks to newly opened eateries, international festivals and world-class music venues.

GET OUTSIDE
When you add up the Columbia area’s 114 miles of pathways for walking, biking and jogging; 34 miles of stream valleys; and more than 3,600 acres of open space, there are plenty of ways to enjoy outdoor activities this summer. Spend a sunny day biking the Lake to Lake to Lake Trail (eight miles roundtrip), starting at Lake Elkhorn and taking a gradual but steady elevation climb through Steven’s Forest to Lake Kittamaqundi. Finally, the trail passes the Historic Oakland Manor before ending at Wilde Lake. Pack a lunch to enjoy at the park picnic tables before heading back for the (thankfully, mostly downhill) return trip.

Or take the tree-lined Downtown Columbia Trail from the Town Center (Find the trail entrance on Little Patuxent Parkway at Swift Stream Place.) to Blandair Park. The $7.4 million second phase of its redevelopment was completed in March. In addition to the previous playground, turf field, pavilion and restrooms, the park is now home to five tennis courts, two turf baseball fields with shaded bleachers, and an American Ninja Warrior-style obstacle course designed for teens and adults— perfect for kids of all ages to challenge themselves.

There are even more trails in the city’s future. With the planned $1 billion overhaul of Downtown Columbia by the Dallas-based developer Howard Hughes Corporation comes an increased focus on urban living and pedestrian- and bike-friendly areas. According to the developer, the new 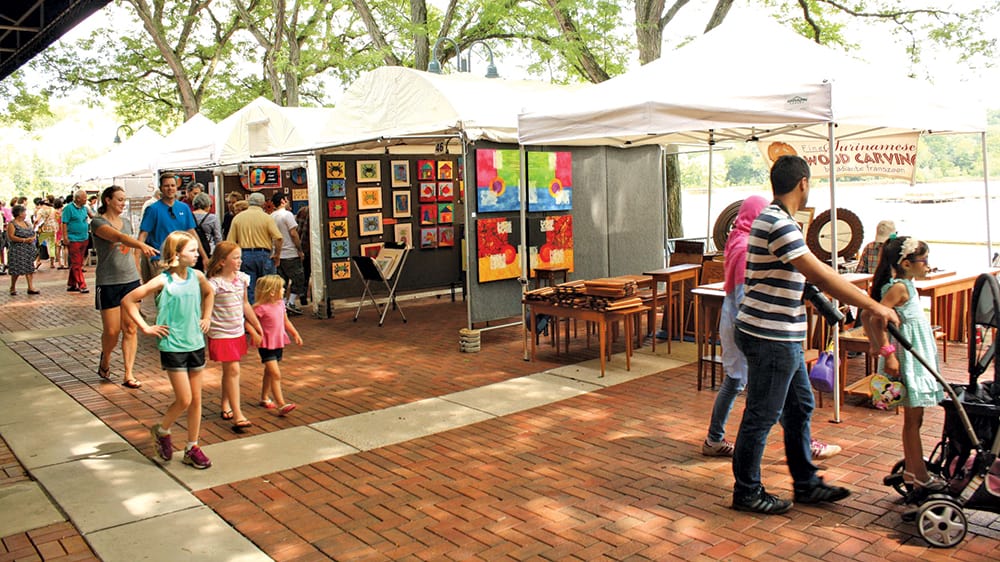 Merriweather District aims to actualize Columbia founder Jim Rouse’s vision of “a city in a garden” with a more walkable core that includes bicycle and pedestrian pathways. The newest pathway, dubbed the Merriweather District Trail, aims to link up with the existing Downtown Columbia Trail through the Merriweather District. Download the Columbia Association’s handy CA Pathways mobile app for a GPS-enabled map of the area’s public trails, parks, recreation centers, playgrounds and local businesses that will help you map a route from point A to point B.

For a nontraditional day on the links, ditch the clubs and grab a soccer ball for a round of FootGolf at Fairway Hills Golf Club. Since spring 2016, players have been flocking to the golf club on Monday evenings to play the nationally recognized hybrid sport. Combining elements of soccer and golf, players kick a soccer ball into 21-inch-wide FootGolf holes on an 18-hole course that varies in distance from 70 to 200 yards from tee to hole. If you need to fuel up, swing by the newly renovated pro shop and snack area for a hot dog, chips and a drink.

PAINT THE TOWN
When the Columbia Festival of the Arts returns for its 31st year beginning June 14, more than 50 visual artists from up and down the East Coast will converge in downtown for two weeks. Don’t miss the three-day LakeFest, a free weekend of entertainment (June 15-17) featuring performers like Chopteeth Afrofunk Big Band—a 12-piece Afrofunk orchestra from D.C. guaranteed to get the crowd dancing— and returning favorite The Sidleys, a family psychedelic rock band hailing from Montgomery County. Other festival highlights include the Clyde’s Howard on Tap Beer Festival (Be sure to try Manor Hill Summer Ale, a special-release beer from Howard County’s first farm brewery.) and KidzART, a tent where youngsters can get hands on with crafts and participatory music performances. Visit columbiafestival.org for more information about ticketed events, including film screenings and the Stoop Storytelling Series.

For more intimate performances, check out the Columbia Association’s Lunchtime Concert Series held at the lakefront stage at Lake Kittamaqundi

each Wednesday at noon (June 27-August 15). Spread out a blanket and pack a lunch or grab a snack from the nearby Whole Foods to enjoy a waterfront picnic. Other free summer concerts include the Traveling Bands Summer Concert Series from Howard County Recreation and Parks. Held on select Friday nights at various park locations throughout the county, this concert series added a new location—the Chrysalis in Merriweather Park at Symphony Woods—for the 2017 concert season. Equal parts stage, amphitheater and sculpture, the $6.6 million award-winning structure was completed last spring and represents the first part of the seven-phase Merriweather Park project slated to unfold over the next decade. Since opening, the multipurpose venue has hosted bluegrass bands, children’s concerts, and even OPUS 1, an immersive audio-visual art experience slated to return to Symphony Woods in October.

Big-name national acts are coming to town this summer to perform at the renowned Merriweather Post Pavilion. Fresh off of a five-year, $55 million renovation that added new bathrooms, better food options, a larger stage house and a sprawling, 15,000-square-foot backstage area, the updated venue will play host to the annual Vans Warped Tour (July 27) with headliners 3OH!3 and Reel Big Fish as well as two nights of Phish (August 11 and 12).

MORE THAN A MEAL
On Sunday mornings, head to the parking lot of the Oakland Mills Village Center to stock up on local goods at the Columbia Farmers Market. Home to an average of 15 vendors, the producers-only market offers seasonal produce as well as goods from local companies such as bread- and chipmaker 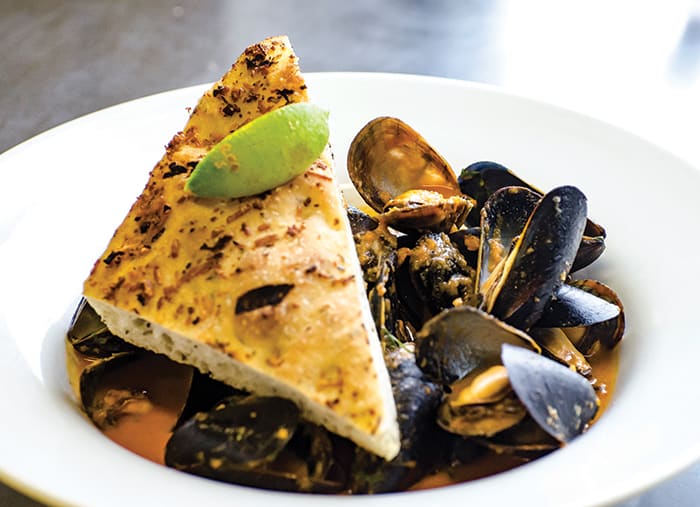 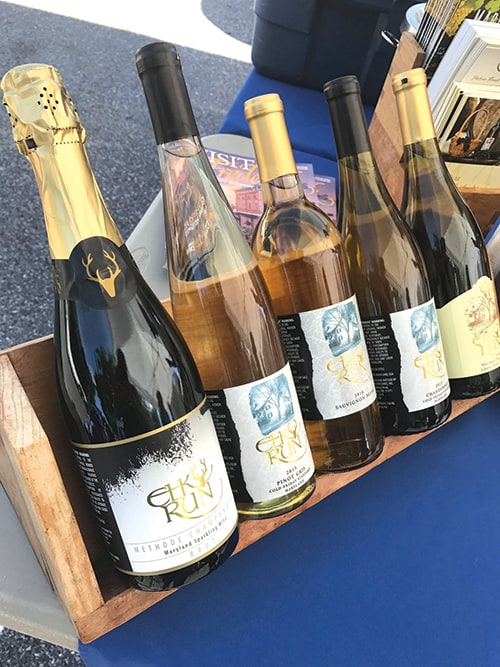 For a waterfront dining experience like no other, make a reservation at Lupa, the new Roman trattoria from Tony Foreman and chef Cindy Wolf in the former Petit Lois space on Lake Kittamaqundi. Try the traditional Quiche Florentine or Brioche French Toast with honey ricotta and Meyer lemon curd for an al-fresco lakeside brunch, or swing by the gelateria for a scoop of one of its 15 flavors (We recommend olive oil or Limoncello.) after a day lounging by the lake.

Looking for a livelier ambiance? Check out The Soundry, a new dining and entertainment experience from Clyde’s Restaurant Group and The Howard Hughes Corporation adjacent to Clyde’s of Columbia on Lake Kittamaqundi. The menu here combines street food-inspired eats with local craft beer—but the real highlight is the stage, which welcomes headliners and up-and-coming acts from the same crew that runs The Hamilton venue and restaurant in Washington, D.C. You’ll also find live music six nights a week at 18th & 21st, a Prohibition-style speakeasy adjacent to Cured, a farm-to-table restaurant from Wecker Hospitality Group that opened on the ground floor of One Merriweather in May.

If relaxing on a patio with a pint in hand is more your style, spend a day visiting the region’s growing number of local brewers—the recent opening of 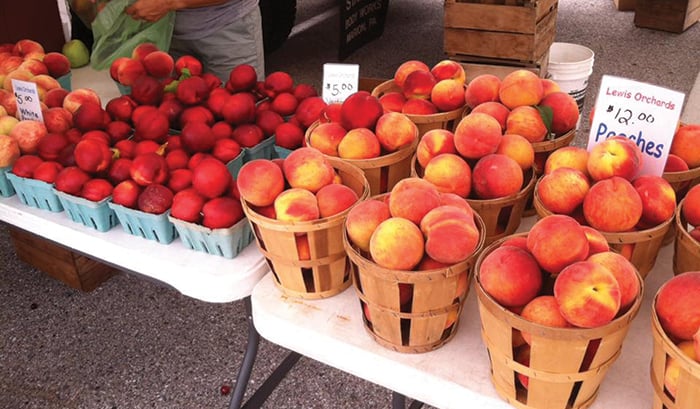