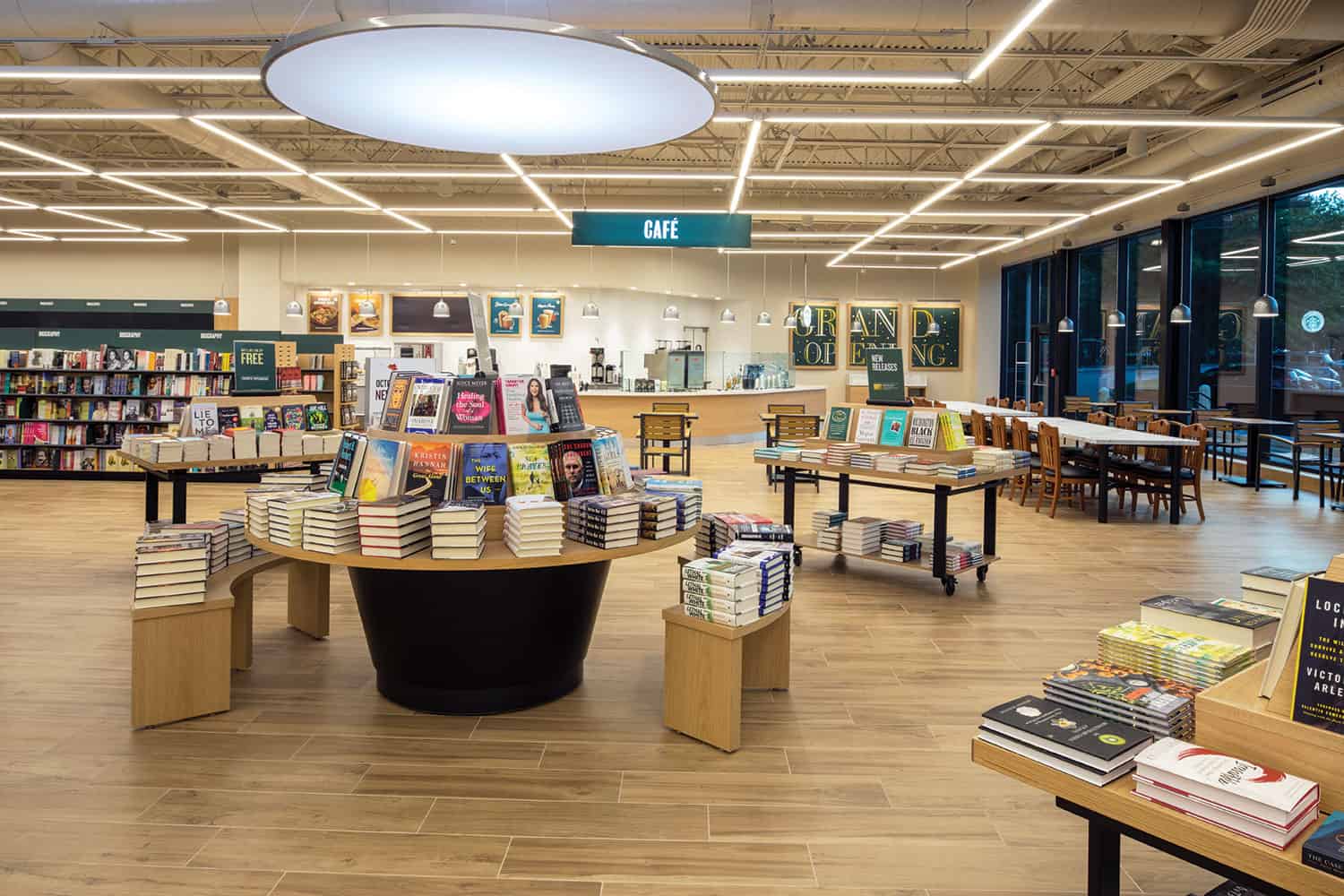 Since the demise of Borders (and its affiliated Waldenbooks) in 2011, Barnes & Noble has been pretty much on its own in the world of big box bookstores. In 2017, sales in stores fell by close to 6 percent—the fourth consecutive year of decline. Last year’s holiday sales were equally dim—both in stores and online.

The good news is, people still like their books. Forbes recently reported that eBook sales dropped by 10 percent in 2017 while physical book sales have risen consistently over the past five years, up by nearly 2 percent last year.

At the same time, independent bookstores, which hit a low in 2009, have been on the upswing for the last several years—the American Booksellers Association reported 2,320 indie bookstores in 2017, up from 1,651 seven years earlier—with the smaller stores’ sales up by 35 percent from 2009 to 2015.

Small bookstores are doing their best to transform themselves  into community spaces, with guest author readings, on-site bars and organized discussion groups. Plus, what’s better than a knowledgeable salesperson who can recommend a good book?

As B&N went searching for ways to attract customers, it seems to have taken a page from the indies, sharply reducing the square footage (from an average of about 26,000 square feet to about 17,000), and adding spaces for special events and informal gatherings.

The bookseller launched one of its first prototypes in mid-September at The Mall in Columbia.

There’s a lot to be said for the amenities—a Lego play table for kids and comfy chairs for those who want to try out a book before committing to purchase. There’s a Starbucks—as B&N customers have come to expect. Communal work tables and USB outlets signal that hanging out is just fine, and a flexible event space can be used for everything from author readings to children’s story time. If you’re looking for a knowledgeable clerk who can steer you to just the right book, you may have to settle for a self-serve kiosk.