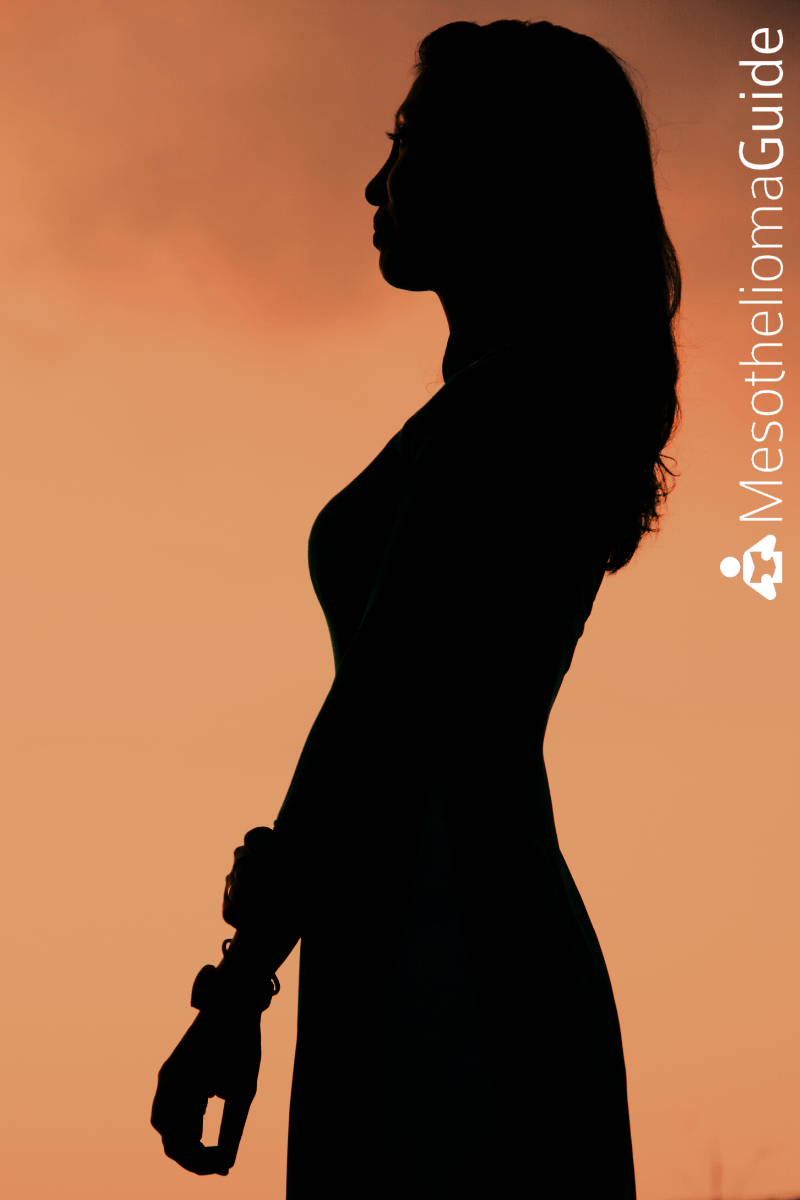 Asbestos is a dangerous attacker if only because it infiltrates the body without detection. It’s invisible to the naked eye and is just about everywhere — in homes, schools and businesses. Asbestos is even in the air we breathe and the ground we walk on.

It’s also a major health risk because it causes many different diseases, notably cancers. Asbestos exposure can lead to mesothelioma and lung cancer, which are two of the most well-known diseases linked to asbestos exposure.

A recent study suggests there’s another cancer linked to the carcinogen — which may explain the correlation between that cancer and a type of mesothelioma.

An article on the Journal of Women’s Health connects asbestos exposure to ovarian cancer. The article also ties the cancer to peritoneal mesothelioma: Areas with high incidence rates of mesothelioma also had higher-than-usual rates of ovarian cancer.

Asbestos can be inhaled or ingested, and the manner may determine which type of cancer (or cancers) you’ll get. When people inhale asbestos, the mineral is likely to travel into the lungs or lodge into the pleura, which lines the lung cavity. Inhaling asbestos is connected to both lung cancer and pleural mesothelioma.

When swallowed and ingested, the fibers more naturally travel to the abdominal region of the body. Ingesting asbestos is linked to peritoneal mesothelioma — and ovarian cancer, according to the National Cancer Institute.

A study on incidence rates for peritoneal mesothelioma and ovarian cancer even backs up the connection between the two conditions.

Geographical Link Between Mesothelioma and Ovarian Cancer
According to the article in the Journal of Women’s Health, which analyzed data from 2003-2015, mesothelioma incidence ranged between 0.5 and 1.3 cases per 100,000 U.S. residents. In other words, there is close to one mesothelioma case for every 100,000 people in the country.

By comparison, there are between nine and 12 ovarian cancer cases per 100,000 females in the country. Comparing the states with the highest and lowest mesothelioma rates reveals discrepancies. The ones with the highest mesothelioma incidence had a 10% increase in ovarian cancer. This figure equates to a 10,000-woman difference for every 100,000 females.

The trend continued in 2016, according to data from the Centers for Disease Control and Prevention. Montana, Maine, and Idaho had mesothelioma incidence rates of 1.4, 1.4 and 1.3, respectively. Those three states had the highest mesothelioma rates in that year — and all three had ovarian cancer rates higher than the national average.

Ovarian cancer and peritoneal mesothelioma have many similarities, and they may even have the same cause: asbestos exposure. If you have symptoms of these two cancers, talk to a doctor as soon as possible. Once diagnosed, get a second opinion to ensure you receive proper treatment.