SOMETIMES CABBAGE SOUP CAN CURE WHAT AILS YOU

About a month ago, as I got into the shower, I realized it was the first shower I’d had in, well, too long. Showering had become a slightly less frequent routine because I didn’t like taking off my
clothes. I had reached the point where I couldn’t bear my own body. Don’t worry; I hadn’t yet transformed into a smelly hobo, but I’d certainly slackened off on habitual forms of primping. I had grown out of even my “fat jeans,” wearing yoga pants and formless dresses for a few days in a row. 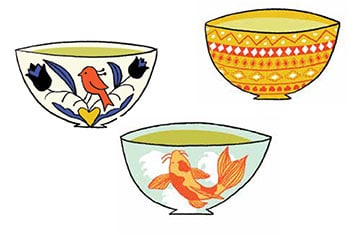 I had gained 20 pounds in 18 months. The first 10 went on slowly, the second 10 rapidly. Now I was heavier than I had ever been in my life – except when I was pregnant.

I was a chubby kid, but my mother made my problems a lot worse by focusing on them. Her desire to spare me the suffering endured by overweight kids backfired. By the time I went to college I’d tried diet doctors, diet pills, counting calories, counting carbohydrates, Weight Watchers, Atkins, Stillman, Nashville and Beverly Hills.

Worse than the weight itself was feeling so bad about it, working so hard to make it go away and failing. I doubt I need to say more; no matter what you look like, you probably somehow know.

By the time I turned 30, I was in a different place. I had gone through therapy. I had met and married a kind man who seemed to think I was beautiful. I had given birth to two sons who agreed. By the time I turned 40, I had started running. By 50, I developed solid commitments to yoga, Pilates and workouts at the gym. I wore a size 6.

Until I turned 57-and-a-half and stepped into the shower. As I slowly washed my various puffy, unfamiliarly saggy body parts, I began to cry, then to actually wail in despair and disgust. I stopped myself, but not fast enough to prevent my 15-year-old daughter from rushing up the stairs to see if I was all right.

Because of my lifelong issues and my mother’s role in them, I have carefully avoided any focus on weight in my interactions with my kids. Now, I realized, in a sick, roundabout way, I was doing exactly what I swore I’d never do.

Mom, you look fine, you look beautiful, Jane said to me that day in the bathroom, as she’s been saying for about a year now. You’ve got to stop worrying about it. You eat better than anyone I know!

Thanks, I said, but I can’t live with the way I feel. So I called my doctor.

After menopause, my doctor told me matter-of-factly, it is absolutely normal to weigh in at 20 percent more than you were at 20 years of age. In addition, she told me, if you eat and exercise the way you are accustomed to, you will just keep gaining weight. That is exactly what was happening to me, though I didn’t want to admit it, hoping there was an easier answer.

She referred me to a weight loss specialist in another medical group, suggesting that this person might even prescribe medication. Visions of fen-phen danced in my head as I dialed the number.

This is when I learned for certain that my problem is not unique. When I placed the call in early November, I was told that the next appointment was in June – seven months hence.

I’ll be dead or 700 pounds by then, I told the clerk, as I wrote the appointment into my calendar.

A few days later, one of my best friends called me in tears and asked if she could come over. She too had hit the wall. Her Waterloo was when her husband told her why they hadn’t been having sex lately.

Deb and I have been on diets, juice fasts, lemonade detoxes and exercise programs together before. But this time, there was a dead seriousness to the project. We embarked on a one-week cabbage soup diet, which promised to shear off 10 pounds. There was a simple recipe for an all-vegetable soup, which you eat in unlimited quantities, and each day you also get one or more additional foods, like fruit or vegetables or bananas and skim milk.

The information on the diet I read on the internet included many caveats. Much of the weight loss on such a low-calorie plan is water, not fat, thus easy to quickly regain. With so few calories, you can’t really exercise and may feel dizzy and headachy; such an imbalanced diet can’t be followed for any length of time without nutritional consequences.

However, the possibility of a one-week jumpstart to a longer-term, more sensible slimming program seemed worth the risk, so we plunged in. We both love to cook, so we survived the week by varying the basic cabbage soup recipe without adding fat or calories – we invented a German version (with kale, leeks and caraway), an Asian version (lots of ginger, garlic and mushrooms flavored with soy sauce and rice vinegar) and a Mexican one (with cumin, cilantro and lime). I actually loved the cabbage soup, though Deb unfortunately did not. She couldn’t eat it by the end of the week.

My doctor explained to me that the probable secret of this diet is that hot chunky soup does a better job of fooling the stomach and brain into feeling full than, say, salad. It worked so well for me that, after my week had ended, I took a few weeks off and picked it up again. It may be true that nobody cares what I look like, but I wasn’t kidding when I said I can’t live this way. So far, I’ve kept off the seven pounds I lost on the soup and have taken off about five more.
Wish me luck. *

Marion Winik’s ninth book, Highs in the Low Fifties: How I Stumbled Through the Joys of Single Living (Globe Pequot Press), came out in 2013; more information at marionwinik.com. A former Howard County writer-in-residence, Winik writes the biweekly “Bohemian Rhapsody” column at baltimorefishbowl.com.