Still teaching after all these years

The benefactors of the Howard County Conservancy

ensure that their beloved farm continues a legacy of education 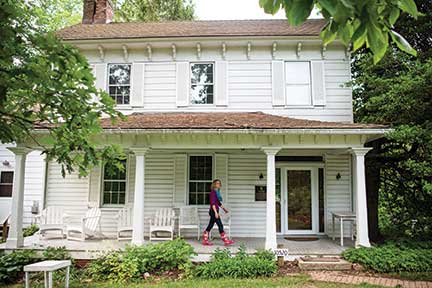 sunny day, it’s easy to imagine the Brown children, who once lived here, chasing each other through the fields and darting behind the barn during games of hide and seek. Today kids learn about nature by getting their hands dirty and at summer camp and on school trips. Families enjoy weekend hikes and picnics. Gardens, scenic trails and myriad events – from viewings of meteor showers to lessons in survival skills – draw visitors to this oasis just off Route 99. A steady breeze ruffles the leaves of towering trees; some of them have stood sentry over this precious parcel since before the Revolutionary War.

The conservancy exists thanks to sisters Ruth and Frances Brown. The unassuming school teachers were scions of the Thomas Brown family, which settled in Howard County on 400 acres known as Ranter’s Ridge in 1703. Over the years the property “was divided as people married or needed to sell off acreage to keep things going,” says Chris Garbart, chair of the conservancy’s five-member history committee. 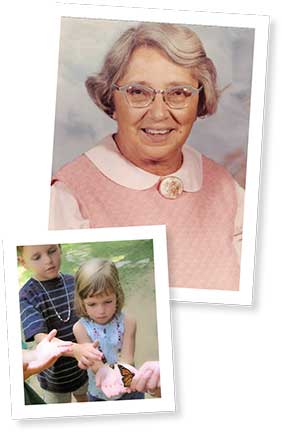 It also serves the community with monthly guided hikes, community gardens, nature camps, and a host of family activities and special events. Many activities are free, and most take place in buildings that were mostly part of the original farmstead – including a carriage house, blacksmith shop, corn crib, smokehouse and guinea hen house, that surround the original farmhouse. The Gudelsky Environmental Education Center was constructed in 2005, on the site of a former barn.

When the Brown sisters’ father, Frank DeSales Brown, died in 1911, the family’s relationship with the land deepened. Their mother was forced to hire farm hands, and the siblings – including brother, Sam – pitched in. The family, determined to hold on to the property, rebuffed developers with lucrative offers for the property, which sits in the center of what is now a desirable exurban area surrounded by high end homes, including a golf course community. The family was “adamant about it not being developed,” Garbart says. “The farm was their heritage, a labor of love and dedication.” Sam died in 1974, and the sisters continued to live on the farm, practicing frugality. “They were never interested in money,” Garbart says.

Ruth’s 49 years as a teacher began in 1924 in a one-room schoolhouse. She went on to teach at elementary schools in West Friendship, Ellicott City and Atholton. She was a generalist, says Garbart, and “went wherever there was a need.” Frances taught for 48 years, specializing in math and teaching mostly at the middle school level. Along the way, she taught at Ellicott City Junior High and Mt. Hebron and Glenwood middle schools. The sisters touched the lives of thousands of students and their families throughout the county.

Over the years, the history committee has conducted interviews with former students and neighbors, finding that the women were remembered as being “very demanding academically,” with their high standards carrying over to classroom deportment as well. Records also reveal that the sisters were active in church, the county fair and the grange. Apparently, they 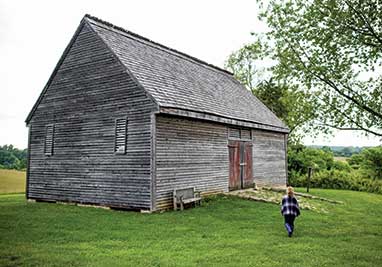 loved judging baby contests. “They were very kind and giving,” says Garbart. One interviewee recalled the sisters providing shoes to a little girl who walked barefoot to school.

Today, the organization’s mission is “to educate children and adults about the natural world, preserve the land and its legacy and model responsible stewardship of the environment.” Their gift embodies the sisters’ twin passions – teaching and conservation. The conservancy logo reads, “connecting people to nature.”

In 1993, a strawberry social was held on the farmhouse porch to mark the conservancy’s acquisition of the 300-year-old farm, with its rolling hills and vistas of the Patapsco Valley. In 2014, the conservancy opened its second nature center at Belmont Manor and Historic Park in Elkridge, adjacent to the 16,000-acre Patapsco State Park. The expanded location means the conservancy can reach the eastern side of Howard County, says Meg Boyd, executive director.

Synchronicity
After college, Boyd had searched for work in the environmental field – her first love. When she 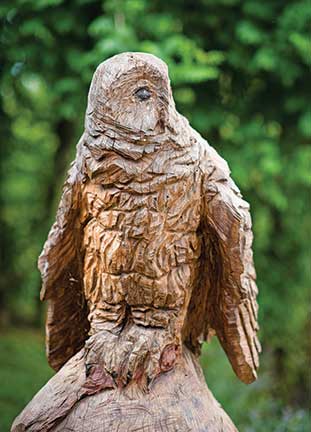 couldn’t find her dream job she took a position with the American Heart Association. During her 10-year tenure there, she worked her way up to the position of director of health initiatives, working with health care professionals on stroke protocols. “While that work was fulfilling,” says Boyd, “my heart was always in the environment.” She volunteered for an environmental organization and held a board position on another, but was looking for a way to do that work professionally.
In 2006, shortly after the environmental center was built, she saw an ad for a job at the conservancy and left her full-time job to work part-time at Mt. Pleasant. With young kids at home, she was pleased to have more time with them. “It was a good fit,” she says. The Gudelsky Center allowed the conservancy to, “grow exponentially,” she says. “We were able to bring in school groups, summer camps, weekend and evening programs.” Before the center, she says, events were always a big ordeal. “We had no space for inclement weather and we’d have to bring in port-a-potties.”

Taking care of business
Ann Strozyk, an award-winning environmental educator for the Howard County public schools, works from an office at the conservancy, where she can manage the resources for environme 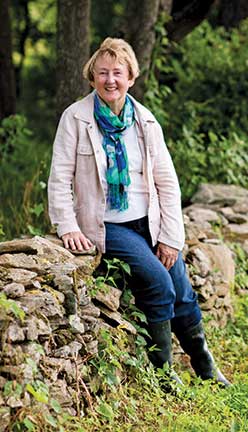 nt-related school programs. Howard County schools don’t have a dedicated environmental center, like other school systems in the state, says Strozyk, “so the conservancy fills that role.” Strozyk spends most of her time at Mt. Pleasant. “It’s an honor to work there. It’s mostly women. They’re all intelligent. And everyone has an area of expertise.”

The programs are aligned with school curriculum, as an outdoor extension of what children learn in the classroom, she says. A prime example is the second-grade soil program. “At school, children learn the basics of soil – the names, properties and such,” Strozyk explains. At the farm, they “touch and feel and gain a further appreciation.”

A former science teacher and mother of 11- and 13-year-old Howard County students, Strozyk says her goal as an educator is to “raise the level of consciousness and engage middle and high school students in authentic outdoor experiences.” The conservancy moves teaching from indoors to outside the classroom. “We’ve been able to offer more opportunities to use technology and to collect raw data,” she says. “That complements what the teachers are doing in the classroom.”

In a year-long project, Strozyk and her students from county high schools collected and analyzed samples from streams near their schools to study chemical, biological and physical properties, and presented a “Watershed Report Card,” to elected officials. With an evangelist’s zeal, Strozyk says, “We need to infuse watershed education among 14- and 15- year-olds. They need basic knowledge of what’s happening in Howard County.” When young people are inspired, she says, they’re more likely to take learning to the next level. “They should be pushing the envelope … thinking outside the box,” she says. “We don’t want answers, we want questions.” 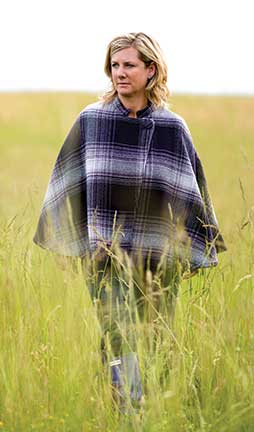 The Future
The conservancy’s 25th anniversary, says Executive Director Ann Boyd, “is a time to look back
and celebrate growth.” A campaign is underway to fund a 1,500 square-foot expansion for additional program and office space at Mt. Pleasant. Architectural drawings will be unveiled this fall to coincide with the birthday celebration, with construction slated to begin at the end of 2016. *