A few years ago, at about 3:30 on a Tuesday afternoon, I heard a knock on my door. I assumed it was yet another person offering a free estimate on replacement windows, so I opened the door already annoyed. To my surprise, a 12-year-old girl stood on the 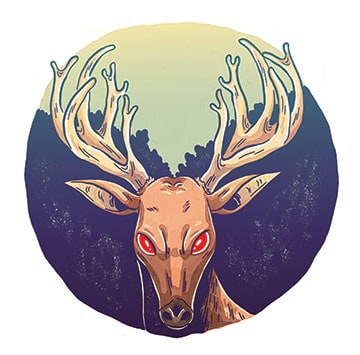 other side. It took me a minute to recognize her as a classmate of my daughter’s from grade school, a few years before.

“Would you walk with me on the bike path?” she asked, “I’m afraid of the deer.” I checked my urge to laugh when I realized that she was genuinely scared. I walked the scant distance down the path with her to her house. We chatted about deer (there were two bucks with antlers grazing in the woods nearby) and then I asked how she knew to knock on our door. The girl reminded me that she had been to our house a couple of years earlier for a fifth-grade graduation party.

I walked home with lots to think about. What makes our children feel safe in their neighborhoods? What puts them in danger?

Most of us would say good lighting on the street, a good lock on the door, a dog that barks at intruders and maybe even a home security system make us feel safe. We don’t usually think of block parties and neighborhood open houses, chats at the mailbox and requests to borrow the hedge clippers as security measures. Maybe we should reconsider.

When new neighbors moved into the house in the flag lot directly behind our house a few years ago, we quickly reached out and invited them over for dinner. We wanted to be welcoming, but in truth we had another motive. Their house has a good view of ours, and we figured if they knew our kids’ names and faces they would know who belongs in our house and who doesn’t. We also wanted our kids to know them, so if they needed help when they were home alone, they would feel comfortable asking.

By the time our kids were teenagers and they spent more time at home on their own, we had yet another motive – we hoped our neighbors would let us know if they saw our kids doing anything they shouldn’t. When my husband and I went out of town overnight and left our twins alone, we made sure every nearby neighbor knew our schedule and had our cell phone numbers. “Just to let you know,” I told my kids cheerily, “we have spies.” I felt safer this way, but I’m guessing my neighbors did as well.

When a Silver Spring family who let their 10-year-old son and 6-year-old daughter walk home from the park alone were investigated by Child Protective Services back in January, it seemed like everyone had an opinion on the parents’ choices. Parents who regularly leave their grade-school aged children home while they run errands made it clear that they would never let their children walk along a busy street unaccompanied. With so many strangers around, who knows who might approach their children? I realized that I made similar assumptions: My children are safer home alone than they are wandering the streets on their own.

But is that necessarily the case? Even on a street filled with strangers, a child is surrounded by people who will notice them and step in to protect them if something goes wrong. A child is even safer when they are walking along streets where they know at least a few of the neighbors.

People talk about how much parenting has changed over the past 30 or 40 years. When I was a kid, we played outside and rode our bikes through the neighborhood without telling our parents exactly where we were. Our parents didn’t worry as long as we were home by dark. What has made us so wary of letting our kids out of our sight?
Some people blame the media’s fascination with stories of child abductions, and that is certainly a factor. But we are also a more transient society than we were a generation ago. The more we move, and the more the people around us move, the harder it is to know our neighbors.

Our children will not feel comfortable knocking on a neighbor’s door if they have never seen us do it. We need to do more than warn our children not to talk to strangers. We need to show them how to turn a stranger into a friend.*