Time to get your parrot and peg leg out of mothballs: Mutiny Pirate Bar & Island Grille is coming to downtown Ellicott City. The second branch of 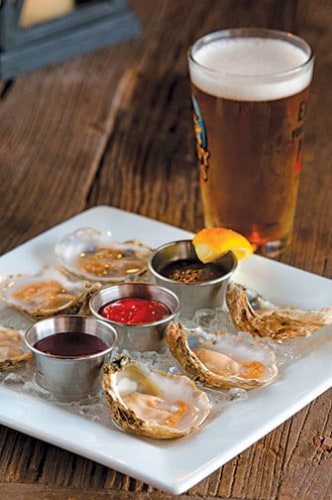 the popular swashbuckling pub is set to make its Howard County debut later this year or early next, says Steve Wecker, who co-owns both Mutiny and Columbia’s Iron Bridge Wine Company with his brother, Rob.

“The menu will be slightly different than [at our] Glen Burnie location,” says Steve, “but the overall concept remains the same.” That means hungry swabs strolling along Ellicott City’s Main Street can expect to find fresh mussels, towering Shipwreck Burgers, fish tacos and rum. Lots and lots of rum.

“The location will also feature a rooftop deck from where we will proudly fly the Jolly Roger,” adds Steve, although – thanks to endless red tape – just when it’ll happen remains to be seen. “It’s our hope that, by summer, we are in construction mode,” he says. “We will open just as soon as the trade winds and the tides allow.”