After the July 2016 tragedy, women of Main Street share their stories
Though she was an expert on floods, Jodye Russell didn’t know what hit her

Philadelphia native Jodye Russell has a history with floods. As a planning manager with the District of Columbia 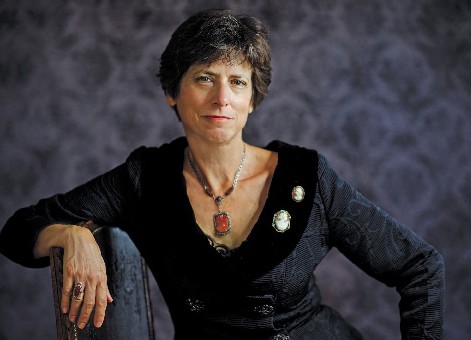 Russell and her husband, Randall, whom she met in second grade, have lived in Howard County for 35 years. She had always liked to shop in Ellicott City, drawn to its quaintness and the vibrant street scene. After their children were grown and she and Randall finished paying the last of the tuition bills, Russell decided to pursue her dream of owning a shop and opened The Vintage Vault and Gallery.

Located at 8137 Main Street, the store featured clothing, jewelry and collectibles from eras gone by, in addition to artwork. 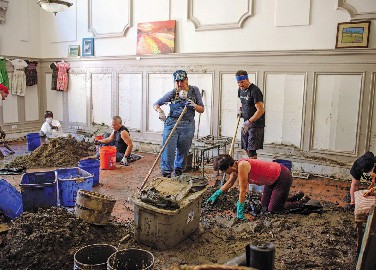 “All of our pieces had a life,” says Russell. “I’ve always had 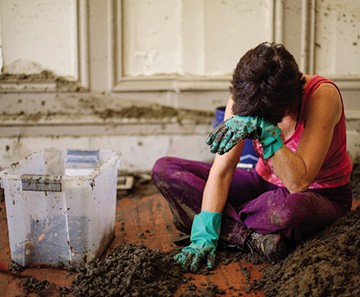 The store also hosted receptions and participated in community events like the Main Street Art Gallery Hop and Girls Night Out.

Russell has always shown passion and appreciation for the community around her. In the 1970s, she was an early activist in environmental protection. She then worked for 36 years in engineering, specializing in water, sewer and storm water management. At DC Water, she managed a multibillion dollar budget. One of her duties, she says, was “working with communities in D.C. where severe flooding repeatedly occurs.”

The storm that struck Ellicott City was not unfamiliar to Russell. “It’s the kind 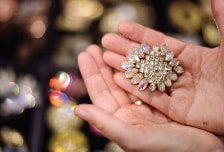 of storm I would have worked on in D.C.,” she explains. Part of her job was to study how and why flooding occurred, the capacity of sewers and potential solutions. She would have used hydraulic modeling to mathematically evaluate how the same stormcould play out in the future.

“It’s interesting how it all comes together — my past and my present,” says Russell.
The flood plunged through The Vintage Vault, tearing off the front doors, breaking windows and heavy oak cases. Gold and sterling silver jewelry just floated away. In the aftermath, 6 to 10 inches of silt covered the floors on the main level; slimy water flooded the basement storage area. For days, Russell and her small team of volunteers wore masks and gloves to sift through the gunk, straining handfuls of mud and metal to salvage jewelry pieces.
Russell says that she had difficulty eating and sleeping after the flood; she used to wake up with a sense of loss. 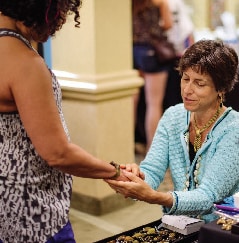 To get through it, she points out, “You have to have that Pollyanna attitude,” referencing the popular novel and subsequent Disney television character.

Like many other displaced Main Street merchants, The Vintage Vault had a table at Turf Valley to sell both recovered and donated jewelry and vintage wares. Russell has since founded Jewels for a Cause, a website that uses proceeds from jewelry sales to pay wages of

people who lost their jobs after the storm and other Howard County residents in need. More information is available on her GoFundMe page,
gofundme.com/vintagevault. *