GNO IS THE WAY TO GO!

Once upon a time, idea of a Girls Night Out was a bachelorette party, a goofy rented limo and too many cosmos. It was an episode of Ally McBeal, songs by Miley Cyrus and the Judds.

Women hanging out together can also mean the power of collective purses. Indeed, when I shop with my female friends, I find myself encouraging indulgence. Go on, buy it! It looks great on you! What a great price! It’s for a good cause! (Is this to relieve my own conscience, to pave the way for my own guilt-free purchases? As Wilma & Betty used to say, “Chaaaarge it!”)

I attended two “girls only” events last week. The Ellicott City third Thursday Girls Night Out was on the chilly side, but we warmed up at the Wine Bin before heading out, and of course by popping into several of the shops. My daughter and I had invited our friends Hannah and Shawn to join us ­– it was their first time in EC, but not their last! They were enchanted, and Shawn said it reminded her of a seaside town in Maine.

We ended the evening at Tersiguel’s restaurant for a simple repast of soup and salad – and way too much of that chewy bread.

On Sunday, Linganore Winery held an event on the second floor of its tasting barn. A handful of vendors had tables, selling bags, baubles, soaps and art objects, so we could sip and shop. 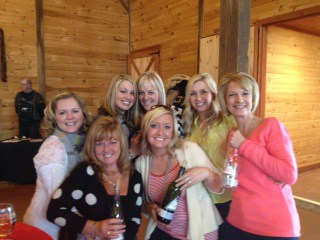 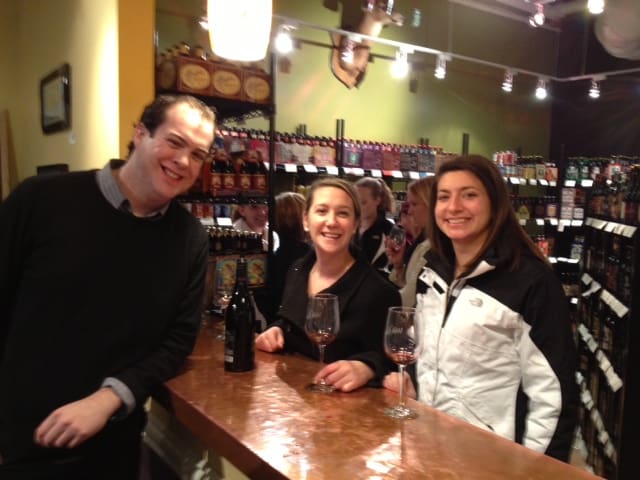