EXPAND Your Mind | Theater for all

In its 40-plus years, the Columbia Center for Theatrical Arts has brought – and taught – theater to a wide 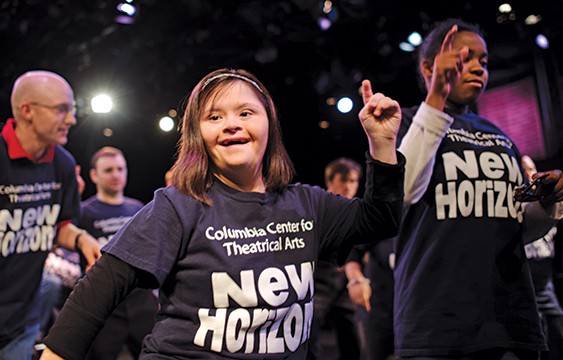 The Columbia Center for Theatrical Arts (CCTA) is democratic – in the true sense of the word. The theater arts organization strives to entertain, educate and uplift the whole community, not just a sliver of society. To better understand the genesis of CCTA and its programs, it helps to know the players.

Artistic Director Toby Orenstein founded CCTA in 1972. The former teacher/producer/director from New York had been one of a select group of teachers chosen to work on a federal education project spearheaded by Eleanor Roosevelt in the late 1950s to employ the arts in teaching children in inner-city schools. Orenstein saw how theater activities stimulated and motivated learning among the disadvantaged children, and further, how these artistic endeavors taught important life skills. Orenstein carried the lessons with her when she moved to the D.C. area in 1959 and began teaching drama classes, directing and producing local theater.

Not long after moving to Maryland, Orenstein said “Yes” when developer Jim Rouse asked her to create a theater school for his nascent community of Columbia. Subsequently, she started Toby’s Dinner Theatre, now in its 35th year. CCTA and Toby’s share costumes and resources, back and forth like sisters – which, if you think about it, they are.
More than 40 years after Orenstein unpacked her bags in her adopted state, CCTA’s mission remains: to educate young people through the arts by “creating theatrical experiences that inspire thought, action, creativity and change.” In addition to classes, plays, workshops, summer camps, a professional teen company and after-school programs, CCTA’s tent has expanded to include several programs for special needs children.

“We want everyone to have an arts education,” says Alexandra Franco, CCTA managing director. “We want to make sure there is space for every child to have access to an arts education.”
CCTA’s classes in theatrical arts for youth include Tots on Broadway, for 3- to 5-year-olds, and Kids on Broadway, for 6- to 12-year-olds. Both are held Saturdays during the school year at St. John’s Parish Day School. Broadway Performance gives seasoned youngsters the opportunity – by audition only – to join The Young Columbians (TYC), CCTA’s teen performing troupe. TYC has played the White House, Kennedy Center, Wolf Trap and Disney World, among other well-known venues. 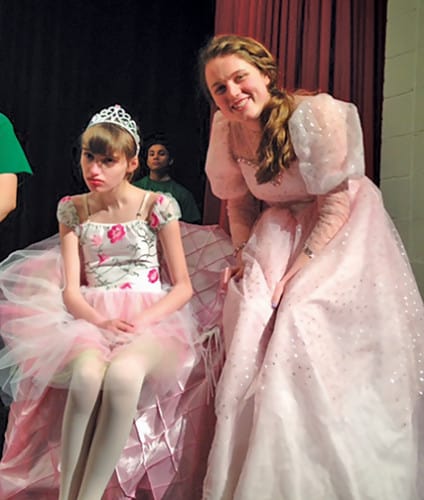 “The students get so much joy from the experience, it’s infectious,” says Franco who took drama classes at CCTA at the age of 7. While she remained involved in theater much of her life, raising four children (two still at home), and practicing law sometimes got in the way. But her priorities shifted when her son was diagnosed with dyslexia in third grade. He “had difficulty controlling the two sides of his body in unison,” she says. She enrolled him in Saturday theater classes and he eventually performed with the Teen Professional Theatre.

“The arts changed my son’s life,” Franco says. His coordination improved and he became less self-conscious, she says, and he made more friends. During high school Franco’s son worked as a mentor with the Saturday Bright Lights on Broadway class and an after-school class. A few years ago, he received a theater arts scholarship to Southern Virginia University and Franco got back into working with CCTA.

The mission of CCTA is to better the entire community through the arts, Franco says. “The arts are what you live for. Not everyone can go to Broadway.”

Force majeure Toby Orenstein continues to command the spotlight, living out her twin passions of teaching and theater – educating, entertaining and inspiring generations through CCTA, Toby’s Dinner Theatre, and philanthropic projects. Orenstein is a member of the Maryland Women’s Hall of Fame and Howard County Women’s Hall of Fame and is a 2014 recipient of the Leadership in Accessibility Award. She has also won the Unsung Hero Award, and Hearts and Homes for Youth Award for “CCTA’s work nurturing and educating children through the arts.”

CCTA will present “Celebration of Song” on Sunday, December 13 at the Smith Theatre at Howard Community College. For information, 410-381-0700 or visit cctarts.com. *

As part of CCTA’s mission to meet the needs of everyone in the community, it hosts a wide range of after-school, evening and Saturday programs for special needs youngsters and adults (held at Howard County General Hospital). The classes utilize speech pathology techniques and theatrical exercises to improve the actors’ life skills in the areas of communication, socialization and self-esteem while putting together musical performances.

Bright Lights on Broadway has Saturday sessions for 4th through 8th graders, culminating in the performance of an original piece.

CCTA’s special needs programs are “less about putting on a show than everyone having the arts experience,” says Franco. “It’s inspiring for the audience, not just the kids participating.” She tells of one student who couldn’t speak because of her disability. The girl “learned to hum, whistle and eventually talk in front of people. At the end of the year she sang a solo at her middle school. There wasn’t a dry eye in the house.”

Says Franco, “A wonderful relationship develops between the [student] mentors and actors.” The special needs program “is so much more than just a speech pathology class or an acting class. It gives the actors a sense of community that they often do not have at school.”

A recent gift from Northrup Grumman for CCTA special needs classes will cover a second Friday night class for adults at Howard County General Hospital which donates space for both classes. The gift will also cover costs for a free Saturday class for special needs children in grades 3-12 and a new after-school special needs class at Marriotts Ridge High School. (This in addition to classes were already held at Mount Hebron and Glenelg High School.)