Many of us read a review in the paper or hear an ad on the radio and vow to see something on the stage. 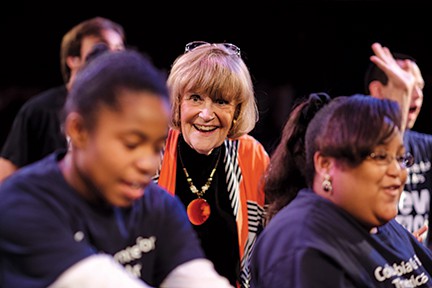 Live theater, music and dance performances are inspiring and invigorating. If one of your resolutions this year is get out and see a show, consider Rep Stage. This season, the Equity company is joining other theaters throughout the region in the Women’s Voices Theatre Festival. Alternatively, check out the work of the Columbia Center for Theatrical Arts, which has been helping young people express themselves for more than 40 years. This just may be the year to finally support your local theater.

While resolving to improve your diet and exercise regimen in 2016, consider feeding your mind and nourishing your spirit with a live theater performance – guaranteed to sate your psyche far longer than rabbit food and a workout. 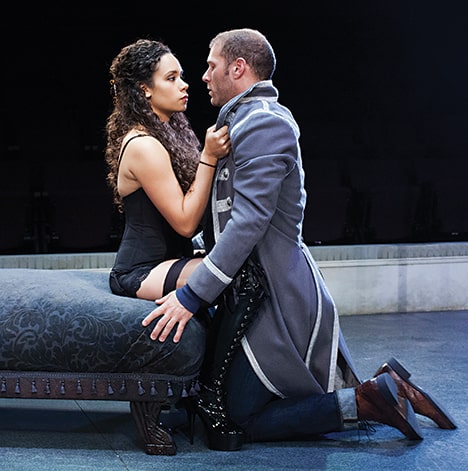 Howard County’s Rep Stage, at Howard Community College, serves up Equity theater with a generous side of audience satisfaction. Now in it’s 23rd season, Rep Stage is the only professional theater associated with a community college in the entire country, says Suzanne Beal, who is co-producing artistic director, along with her work as a playwright and educator.

People are sometimes surprised, Beal says, to learn that Rep Stage isn’t student-based, but in fact the company is a member of Actor’s Equity, which means it hires professional actors, directors and stage managers for its productions.

Rep Stage’s 2015-2016 season spotlights women playwrights exclusively, a group that is grossly
underrepresented on the stage and in film. According to “American Theatre” magazine, while women represent 51 percent of the population, only about 24 plays produced last season were written by a woman, living or dead.

Rep Stage is doing its part to correct the imbalance. The second show of the season, “Technicolor Life,” 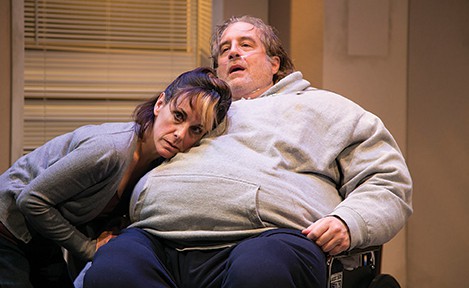 written by Jamie Brandli and directed by company co-director Ritsch, had its world premiere as part of the autumn Women’s Voices Theatre Festival, a collaboration of 50 professional theaters in the greater Washington, D.C. area. “The big D.C. theaters – Arena, Kennedy Center, Howard, Signature, Shakespeare Theatre Company and many more – got together to provide a response to a statement by a male director that they’d produce more works by women if there were more works by women,” says Beal. First Lady Michelle Obama served as Honorary Chair for the festival. “It was a groundbreaking effort to promote gender equity in the theater,” Beal adds. 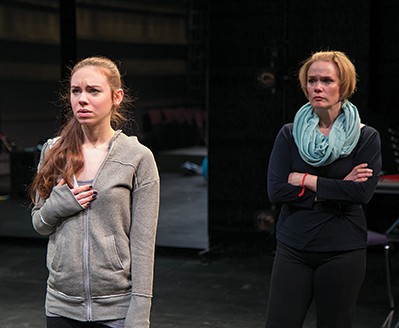 This season gives mothers, daughters, sisters, friends and colleagues opportunities to enjoy a play close to home, at a reasonable price, while adding to the discussion and reversing the long-entrenched practice of gender disparity in the theater, says Beal.

According to Beal, a byproduct of Women’s Voices was generating energy for a January conference of professional theater artists she is hosting. The conference will include speakers and sessions on various aspects of women in theater, including Women as Producers, New Models (in the industry), and achieving Work-Life Balance. The conference will also provide information and networking opportunities, she says. There is currently no organization that brings these people together regularly, Beal points out. “The theater has traditionally been an old boys’ network,” she says, “more exclusionary than other art forms because the resources needed to produce a play are often greater than those needed for other things.” A theatrical work, she reminds, requires actors, a director, designers, set pieces and lighting. Not to mention the stage.

Howard County residents still have time to get tickets for Rep Stage’s final two productions by women playwrights. “The Antigone Project: A Play in 5 Parts,” explores the Sophocles tragedy through the prisms of race, class, and gender. The play was called “engaging, seductive and wildly divergent” by the New Yok Times. Performances are February 17-March 6. “Hunting and Gathering,” an insightful urban comedy from Broadway’s 2008 season, takes a fresh look at relationships among New York nomads, with real-estate issues as the glue. “New York Magazine” named it one of the season’s Ten Top Plays. Catch it April 6-24.