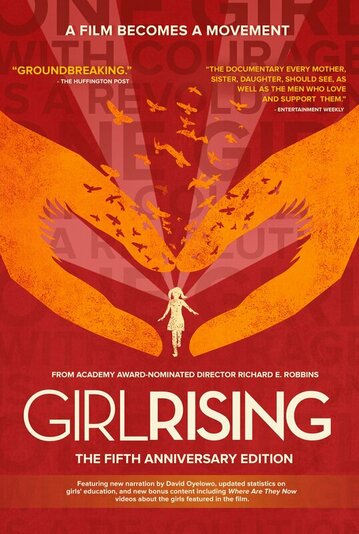 Join in saluting the founding of the Columbia Film Society and HoCoPoLitSo with an afternoon that celebrates the education of girls, the beauty of story, and the power of collective action. This joint anniversary event features a talk by one of the writers of Girl Rising and a showing of the  documentary film that inspired global awareness about the importance of education for girls. Novelist Aminatta Forna wrote the portion of the film about a girl from her home country, Sierra Leone, and her dreams of education and independence. Forna will also read from one of her novels that pertains to social justice around the world.  After the author talk, there will be an intermission, refreshments, and a book signing, followed by a screening of the film. The documentary Girl Rising, featuring the voices of actresses including Anne Hathaway, Cate Blanchett, Kerry Washington, Selena Gomez and Salma Hayek, focuses on the power of education for nine girls from Haiti, Nepal, Ethiopia, India, Egypt, Peru, Cambodia, Sierra Leone, and Afghanistan, telling their stories through writers from their home countries.

The Women’s Giving Circle of Howard County is a sponsor of this program.