Those are the three biggest reasons women have historically been underrepresented in elected office, says Maureen Evans Arthurs, one of the many female candidates running this year in Howard County. Arthurs, like others seeking ways to solve those historic obstacles, is running for Democratic Central Committee, a seat that women are learning not to take for granted.

In Howard County and across the country, a surge of women running for office for the first time in their lives is bound to lead to something closer to fair representation along gender lines. These women are building networks, raising money and recruiting mentors and volunteers—all the things men have done for centuries. At the same time, they acknowledge that the so-called “second shift” —or obligations at home that come after the workday is com¬plete—can add to the challenge.

Some of these first-time candidates are empty-nesters, but most of them are still raising young children or working full time—or both.

“My mother used to say, ‘Women could save the world if they weren’t already 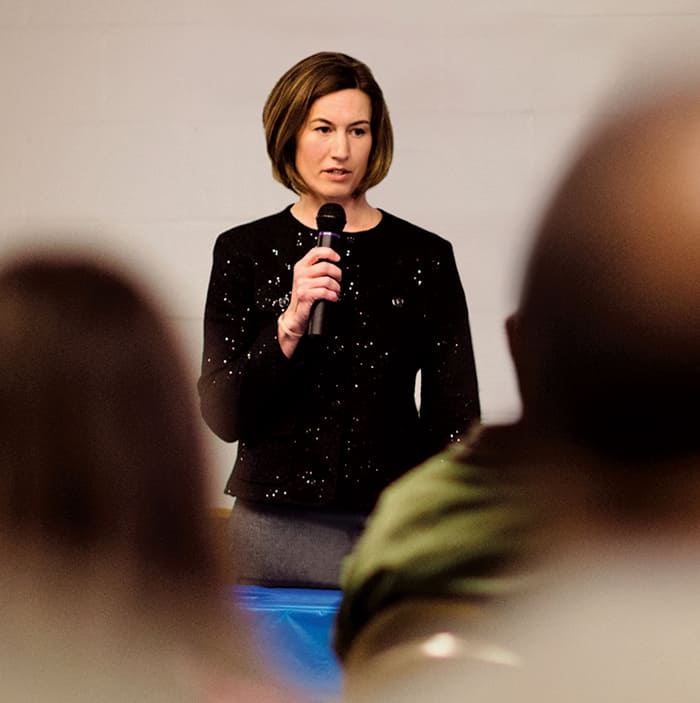 doing everything else,’ ” says Katie Fry Hester, running her first political campaign as a Democrat for State Senate in District 9.

Some of this season’s female newcom¬ers were inspired by the 2016 election, whether it was seeing Hillary Clinton rise to become the first female presidential candidate nominated by a major party, or by watching her confront a double standard when compared to her male opponent, in any number of areas: clothing, integrity, honesty, smiling enough, wealth and health. Or by watching the number of Maryland women with a seat in Congress fall to zero, the number of female county executives in Maryland fall to one.

“The silver lining of the 2016 election is the fire that was ignited in women across the country,” Arthurs says. “And while there is something to be said for those who are newcomers to activism, we cannot dismiss the women, particularly those of color, who have been advocating, resist¬ing and running in their communities long before the 2016 election.”

As legislative director and chief of staff for Del. Shelly Hettleman of Baltimore County, Arthurs spends several days in Annapolis during each Maryland legislative session, often leaving the house before her 11-year-old son, so she checks in with him by phone to make sure he gets on the bus to school. Community involvement is a way of life for Arthurs and her family, and her son grew up going with her to community meetings after school.

For Hester, running for a seat in the State Senate grew from her desire to look for “the biggest lever I can pull” to make a difference, she says. In the past, the “lever” may have been about writing a letter or whether to speak at a public meeting. State Senate appealed to her because many decisions in the legislature have great impact locally and statewide.

Voters and party leaders still ask candidates with children whether they’ll be able to carry out their roles while being mothers.
“It’s a question never asked of a man,” says Natalie Ziegler, running for office for the first time as a Democrat for state delegate in District 9A. However, she says, “This year, being a woman might be an advantage.”

“I think the perspective of parents of young children is really missing in a lot of policy decisions,” says Christiana Mercer Rigby, who is running as a Democrat for Howard County Council District 3, and is the mother of a toddler and a preschooler.

Ziegler’s two children are grown, but the main reason she didn’t run in the past was that, as a journalist at CNN, she couldn’t have entered politics 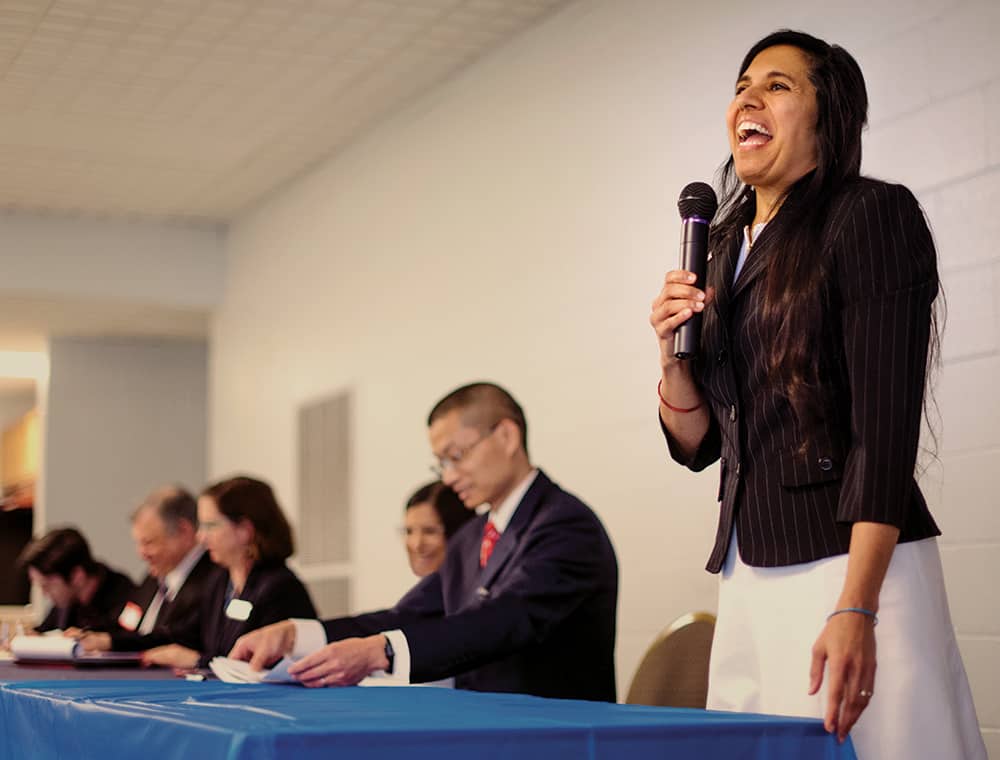 without leaving her career. In fact, Ziegler, like a lot of journalists, avoided even register¬ing with a political party.
“I’ve been a registered Independent my whole life,” she says. “But I’m running in the Democratic primary because I felt, as a candidate, I needed a home.”

She resolved to run for office after the white supremacist demonstrations in Charlottesville, Va., where she has family.

“It seemed like a radical change for our country,” Ziegler says. “The divisiveness, the racism, the anger … There has to be a way to shift the conversation away from these culture wars, away from these tribes. I feel like every mother wants the same thing—good education and happy, fulfilling lives for all of our children. If we share goals, how did we get to a point where Washington can’t do anything?”

As with the trend across the country, most of the first-time women candidates in Howard County are Democrats. Only two are Republicans—Kim Yon Oldham, candidate for Howard County state’s attorney, and Marlena Jareaux, running for clerk of the Circuit Court. Both say the 2016 presidential election was not a factor in their decisions to run.

“Although it is considered a partisan race, this position more than any other on the ballot should not be determined by party affiliation,” says Oldham, who has been a prosecutor in Howard County for 21 years.

Jareaux says her love of Howard County and awareness of some dissatisfaction with the current clerk’s office are what prompted her to run.

“I am so excited for how far women have come in just two generations,” Fitch says. “My grandfather did not believe that women should inherit, and I am running for election to become a probate judge!”

Williams had been active on school issues first in Baltimore County, and then in Howard County.

“I started to transition from advocacy to politics after the 2016 presidential election,” Williams says. “I felt powerless on the national scale, but at the state and local level I felt that I could make a difference.” As a working mother and candidate, she says, she struggles with child care. “Many of the campaign and community events are in the evening and they often start before my husband can get home from work. My children are experts at attending meetings.”

Still, Williams and other candidates say they feel that being a woman is an advantage.

“My perspective as a mom is easily relatable and cuts across party lines,” Williams says. “The local nature of county politics allows me to meet face-to-face with voters and connect with them on a personal level.” This contact helps to build trust that could be challenging to find on a national level, she says.

Rigby had decided before the 2016 presidetial election that she would run for County Council in 2018.

“Locally, I always felt well-represented. I didn’t feel the need to run,” she says.

But when she learned that term limits would prevent Councilwoman Jen Terrasa from running for re-election, Rigby wanted to make sure Terrasa’s successor in District 3 would continue the good work. She asked a woman who was active in state politics, “Who will run for Jen’s seat?”

To which the woman answered, “Why don’t you run?”*