THERE’S LOTS TO DO OUTDOORS IN HOWARD COUNTY. BUT WHO’S COUNTING?

Summer has arrived in Howard County, and that means summer menus, summer venues and plenty to pursue under the sun and stars. So after you’ve worked up an appetite cracking your share of steamed crabs (Chesapeake Bay waterman harvested 89 million pounds of blue crabs in 2010), and taken the edge off with a couple ears of corn-on-the-cob (Maryland farmers produce 23.9 million pounds of sweet corn annually), browse below to check out all there is to see and do in the great outdoors throughout the county. With 84,171 minutes of daylight between Memorial Day and Labor Day, the only question is: How are you going to spend your time?

228 species of birds were identified in Howard County in 2011, including 135 species at Centennial Lake. A record-setting 27 bald eagles were spotted at Brighton Dam-Triadelphia Reservoir earlier this year, and the county is home to three nesting pairs of bald eagles.

At least 96 varieties of wildflowers and 25 varieties of trees cover the 232 acres of gardens and grounds of the Howard County Conservancy at Mt. Pleasant Farm, the county’s first Maryland Green Center.

Howard County is home to 76 champion trees (the largest of their species), including 11 state champions and the county’s first national champion, America’s biggest big leaf magnolia (which can have leaves up to 30 inches long and white flowers a foot wide). Ellicott City hosts the county’s biggest tree, a white oak – 25 feet in girth, 73 feet high, with a 101-foot spread.

1,974 dragonflies were spotted during the county’s 6th annual dragonfly count in July 2011, with 40 different species being identified.

August brings the 67th Howard County Fair, at which, last year, 3,678 sheep, beef and dairy cows, horses, pigs and goats, as well as 634 rabbits, chickens and dogs competed for $85,000 in premiums in the open and 4H livestock and small animal categories. More than 400 riders and 1,300 horses participated in the fair’s 9 horse shows and 2 equestrian demonstrations. 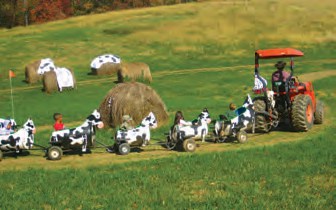 Howard County has at least:

4 triathlons (with participants from ages 6 to 70+)

In addition, the county has 35 parks, 40 pavilions and 41 playgrounds, while the Columbia Association maintains more than 3,500 acres of open space, including 170 tot lots, the 40-acre Symphony Woods, and 40 ponds and lakes, linked by more than 93 miles of pathways and 258 footbridges.

LakeFest weekend, part of the 16-day Columbia Festival of the Arts, offers outdoor events including: the ArtPark show and sale, last year featuring more than 60 juried artisans; the Chalk-It-Up street painting contest, with more than 100 participants; and free arts and crafts activities – enjoyed by 600 children in 2011. More than 160 volunteers log more than 4,000 hours to make the festival a success for its 30,000 visitors.

Under the twinkle of the evening sky, the Chesapeake Shakespeare Company offers 26 shows of its productions – “Romeo and Juliet” and “Pride and Prejudice” during its 2012 Outdoor Summer Festival – staged amid the ruins of the Patapsco Female Institute in Ellicott City.

2012 marks the 20th anniversary of Wine in the Woods, where oenophiles can sample 150 different white, red, sweet and fruit-blend wines from more than 30 wineries. Visitors in 2011 took home 28,000 commemorative wine glasses.

15,000 fans can fill the lawn at Merriweather Post Pavilion for the Beach Boys 50th Anniversary Tour on Friday, June 15th, which will mark the group’s 15th performance (at least) at the Columbia amphitheatre. 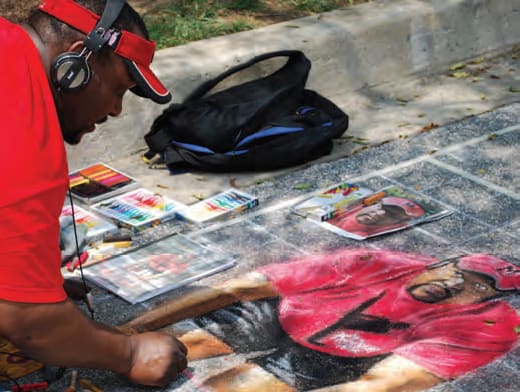