Whether it’s the first time or a return trip,

it’s never too late to go to school

It wasn’t easy for Jennifer McLaughlin to go back to school. In fall 2012, McLaughlin, then 41, enrolled in Howard Community College (HCC) with the goal of getting an associate of arts 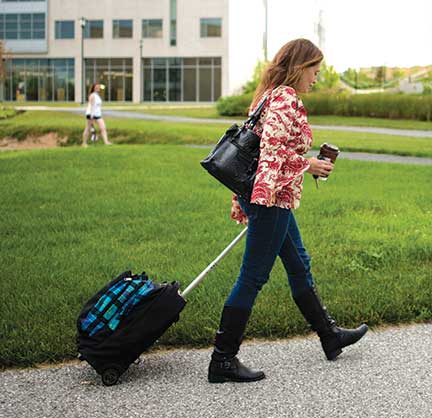 “It was scary. It seemed like everyone on campus was so young. The math courses were a challenge. Researching and writing papers was another challenge,” says McLaughlin, a Laurel resident and high school graduate, the single mother of three who’d held a series of jobs in retail sales and low level management.

But so determined was McLaughlin to find a better paying, more stable career that by her second semester at HCC, she’d overcome her fears.
“I stopped feeling like the oldest student on campus. I stopped feeling ridiculous. I met other nontraditional students and began feeling part of the community,” says McLaughlin, who, after her graduation, planned to enter a four year college to become a middle school teacher in English and special education.

McLaughlin is not alone. Although precise figures are hard to come by, Howard County educators and work force professionals say the number of women returning to school is considerable.

At HCC, for example, Dr. Cindy Peterka, vice present of student services, says that 25 percent, or one in four, of its nearly 15,000 student enrollment are women over the age of 25, deemed “nontraditional” students.

“Some are looking for a certification in, for example, computer science or licensed practical nursing to get a job,” she says of HCC’s students. “But most transfer to a four year institution. We are the pathway.”

Dr. Gina Magyar-Russell, director of the Certificate of Advanced Study in Pastoral Counseling at Loyola University Maryland’s Columbia Graduate Center pastoral counseling program, says it is not unusual for women who have been out of the work place a decade or more to switch careers. Her program leads to certification as a licensed clinical professional counselor and, she estimates, up to 85 percent of her students are switching careers.

“We’ve had engineers, teachers, chemists,” says Magyar-Russell. Most are making a career pivot to work with people, she says. The Loyola Center also offers degree programs in business and speech language pathology. 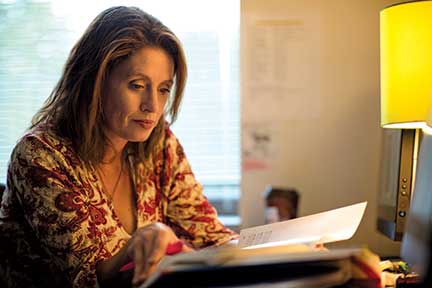 Women who’ve been laid off may want to stay in the same field but need to retrain or update their skills. Others may want to change careers and need the appropriate certification or degree to do so. Some women who have been out of the work force a while find that their college degrees and previous work experience don’t align with the expectations of today’s job market. Brown says she discusses these issues with potential students, along with the financial and time commitments required by a return to school.

Francine Trout, administrator of the Howard Count Office of Workforce Development, a county agency that partners with the Columbia Workforce Center, describes a similar picture. “It’s all about being marketable and competitive in fields that are popular in our area,” she says. That generally means getting certified or taking a college course or two.

Both Brown and Trout say popular fields are health care, information technology (IT) and project management. Certification in medical coding, patient care technician, nursing assistant, project management professional and Microsoft office skills are readily obtainable locally and online.
Trout describes a client in her 50s with a master’s degree and 15 years’ experience in IT. After being laid off, she took the project management program at HCC, then sat for the professional certification exam. “She got a job in the federal government with a salary of over $150,000 per year,” says Trout.

Since 1999, Lisa Dolce has worked with more than 2,000 women, first as founder/ owner of Pinnacle Career Resources, a private job search company, and now as president of The Launch Studio, career coaching, in Elkridge. Launch, which opened last January, focuses on entrepreneurship, encouraging women to start their own businesses. Dolce helps women to examine their skills, talents and interests to find a good fit in job market.
One of Dolce’s clients left her government research job to become a baker and eventually opened her own bakery. Another, an administrative assistant, went into insurance and now runs her own insurance agency franchise.

At HCC, says Peterka, the most popular career path for older students – both men and women – is nursing; 40 percent of students there are enrolled in a program that can lead to a University of Maryland School of Nursing bachelor’s degree. Also popular are pre-pharmacy, accounting and business administration.

Anjole Williams and her sister, Jamilia Wright, are HCC students. Williams, a Columbia resident, married and the mother of three, left college after her first child was born. Wright, also a Columbia resident and the mother of three, worked in retail after high school.
Both Wright and Williams are in the culinary arts program: Wright will get degrees in culinary management, baking and art; Williams, in professional cooking, professional baking and pastry. Their long-term goal is to open their own bakery.

“Education is very important in my family. To be successful in life, you have to have the degrees,” says Wright, who plans to work as a baker after graduation next fall.

“I started designing cakes for kids’ birthday parties and I was good at it. But there’s a limit to how much you can do on your own,” says Williams, who has a paid internship at Congressional Country Club. She is considering getting a bachelor’s degree in business.
“The HCC program opened my eyes to the culinary industry as a whole,” says Williams. “It’s a growing field with a lot of opportunities.” *