A Woman Of Her Time

GRANDMA PREFERRED WORK OUTSIDE OF THE HOME TO MODEL PARENTING

Fifty years ago, in 1967, my grandmother was 50 years old. She was a married, middle- aged woman with two adult children, only two years shy of becoming a grandmother. She and my grandfather lived in a small single-family home in Queens, in what I used

to refer to as an Archie Bunker neighborhood, with a white “snowball” hydrangea in the front and one of those vertical spinning clotheslines in the back.

But she was not the woman you might be imagining. She was a pretty bad cook and her parenting skills were, well, passable. She wore an apron when she cooked and took her wedding ring off when she washed the dishes, but she made no bones about the fact that she found domestic things dreary. Her interest in home decor began and ended with porcelain knickknacks in the shape of fancy slippers. What gave her joy? To me, it seemed that what she loved most was taking the bus into the city and working in an office.

Today there’s nothing surprising about a woman who loves her outside-the-home work. Neither is there anything odd about a woman who finds household chores soul-sucking. But what strikes me as I think about her life is that she seemed content to be a merely adequate mother. If I had to hazard a guess, I’d say that it never once occurred to her to strive to be a “good mom,” and anyone who might have used the word “parent” as a verb would have met with her blank stare.

A life-long New Yorker, she worked at Ma Bell as a switchboard operator and a secretary. For years, I tried to picture her job as she described it; when “Mad Men” aired 10 years ago, the picture in my mind was fleshed out by actors and a set. She was not a bombshell and not an ingénue, though, so she was one of the secretaries that the businessmen ignored—until they needed her to run their lives, of course.

She used to tell me stories from her switchboard days, how she and the other girls made sure to put through any soldier’s call for free, as long as their bosses weren’t looking. When she became a secretary, she bought birthday and anniversary gifts for her boss to give to his wife, and if I’m remembering correctly, she went through a few bosses, having a propensity to tongue-lash those who philandered. Sometimes she made noises about having to work because her husband, a grocery store manager, didn’t make enough money, but my mother and her brother knew the real reason. She preferred her office to her hearth.

My grandmother chose the company of the girls in the office to the company of her children. She liked to dress smartly and take the bus. She liked earning money and bringing it home and making decisions, and she liked accumulating stock. She liked it so much that at one point, when she took a graveyard shift and she became severely anemic, she had to be ordered by her doctor to take time off.

My mother still recoils when she remembers her latch-key days. She and her brother were the only ones in their entire neighborhood with a mother who worked outside the home. While all the other children at school walked home at lunchtime and were met with meals and mothers, my mother dreaded going home at noon and finding an empty house. It was embarrassing. Worse, my grandmother didn’t seem to care very much about her daughter’s embarrassment.

Another type of story my mother tells is the one about feeling abandoned on the street where she waited for her mother to pick her up from appointments. In the story, it’s cold, and the elevated trains keep rolling by overhead, the cars rolling by on the ground, and her mother is still not there. My mother ping-pongs between being angry and being afraid that something has happened. When her mother finally shows up and my mother asks her what happened, she says, “Oh, I ran into Myrtle and we got to gabbing.” Those stories always involved my mother waiting in the cold and ended with my grandmother gabbing.

According to my mother, my grandmother never apologized because she never felt bad about it. If they were good at basic things like providing shelter, food and clothing, parents didn’t need to be good at anything else. That would be overkill.

As for bake sales, or cookies hot from the oven, or fresh-baked pies—there was Entenmann’s, and that was plenty. Even as a retired grandmother, she never once baked for her grandchildren. To tell the truth, I loved Entenmann’s from the store. In the 1970s and 80s we’d sit on her plastic-covered couch with our raspberry Danish twist and watch the news. She clucked her tongue at the politicians who wanted to roll back women’s reproductive rights. “It’s none of their damn business,” she said, before launching into a tirade about priests. (She was Lutheran, her husband was Irish Catholic.) Priests, she said, had no business telling women that they couldn’t use contraception. “Women die in childbirth,” she said, “and those priests have no mercy.”

Her contradictions were dizzying. She was a speak-her-mind, career-oriented lady; she disapproved of my keeping my last name when I got married; she insisted on being addressed as Mrs. James McCarthy; she yelled at one of the neighborhood fathers for beating his children when they brought home bad grades. She loved her children, but she didn’t love them too much, and she was all right with that.

Fifty years later, why are we women so much harder on ourselves? We actively love our children. We nurture their self-esteem, teach compassion and patience, help them experience success and seek ways for them to develop grit. We take them to therapy and watch them play sports, being careful not to criticize, but to say, “I love watching you play.” On top of that we work, we cook, we bake, we volunteer at school, we clean the house and we worry about our marriages.

If my grandmother could see us now, she’d tell us we’re crazy. She was a practical woman with no illusions, no exposure to the Enjoli commercial until middle age, and she probably would have laughed at the idea that any one person should bring home the bacon, cook the bacon and then go porn-star on her husband. Our generation has not been nearly so immune to the fantasies created by the real Mad Men.

So are we crazy? We first-world women talk about getting over the idea that we can have it all—and yet we keep trying. Some would say that continuing to try something after determining that it doesn’t work is the definition of insanity. On the other hand, it sort of is working. Most of us will never have it all, but in making the effort we achieve, if not everything, a lot. For me, meaningful relationships with my children top the list.

My grandmother led a reasonable life, and while I loved the Entenmann’s and the tales from Ma Bell, I never wanted to be like her. She wasn’t warm, and she wasn’t particularly loving, either. I’d like to think there’s some way to be reasonable and passionate. The struggle is real, but maybe we’re doing better than we think.

Christine Grillo writes about health, parenting, people, and human rights for a range of publications. Her fiction has appeared in The Southern Review, StoryQuarterly and other journals. A graduate of the Johns Hopkins Writing Seminars she is a fellow of the Virginia Center for the Creative Arts. 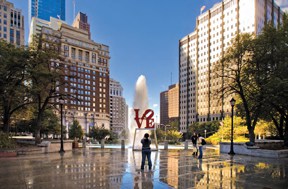 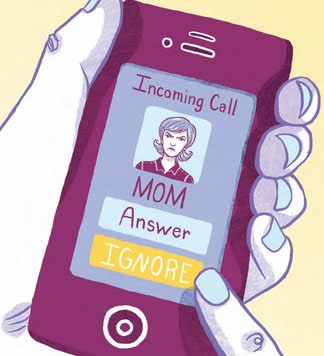 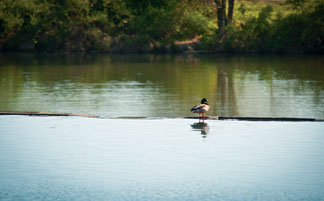