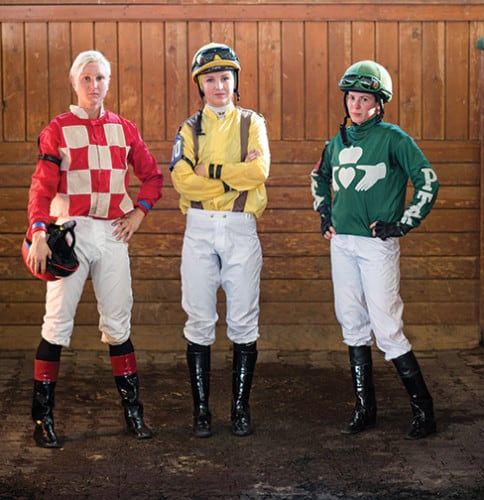 A jockey’s day starts early. Most arrive at the track at around 5:30 a.m. to meet with trainers, exercise horses – and hopefully be selected to race in the afternoon. Of the 1,020 licensed jockeys who are members of the Jockey’s Guild in the U.S., only 91 – fewer than 10 percent – are women. Racing at tracks across the U.S., these women face challenges when it comes to making inroads in their chosen profession.

Amelia Green moved from England to the U.S. to pursue her dream of being a jockey. Green, who moved to Maryland a few months ago, is one of five women to compete regularly with about 30 male jockeys at Laurel Park. “The trainers are always going to see the males as being stronger,” she says, but in Maryland, “they don’t judge you by your sex. They give us a chance.”

Laurel Park’s female jockeys are transforming their lifelong passion for horses into careers. “My favorite thing about being a jockey is getting to experience a horse at its fastest. It’s exciting,” says Forest Boyce, a six-year veteran. 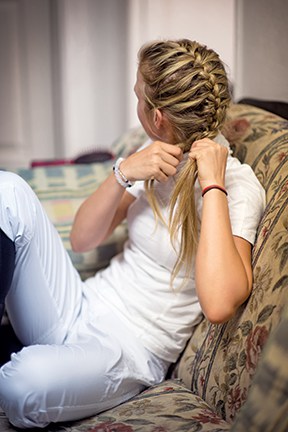 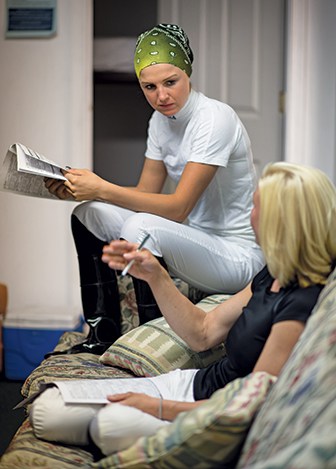 Green braids her hair to keep it away from her face during races.

Green and Stoddard discuss previous races and stats in the racing program in between races.

Evans, ready to go, with riding gloves on. 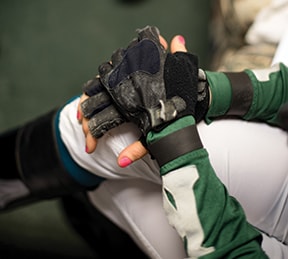 Jockey Forest Boyce getting weighed post race. Jockeys must be weighed before and after every race. 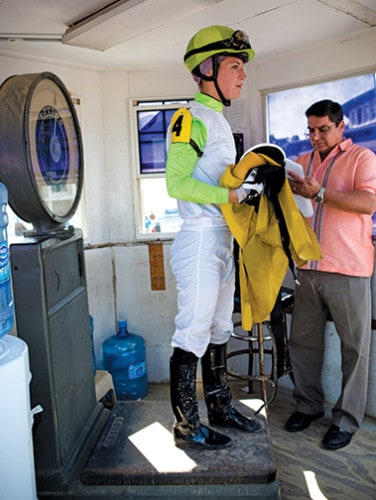 Stoddard pinning her number to her silks before a race. 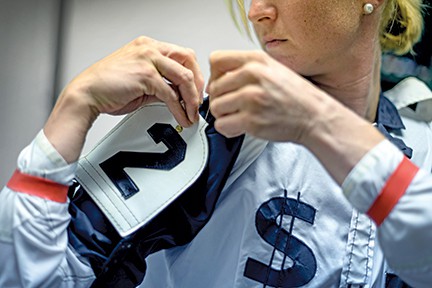 Caitlyn Stoddard prepares to mount her horse in the paddock area before the race. 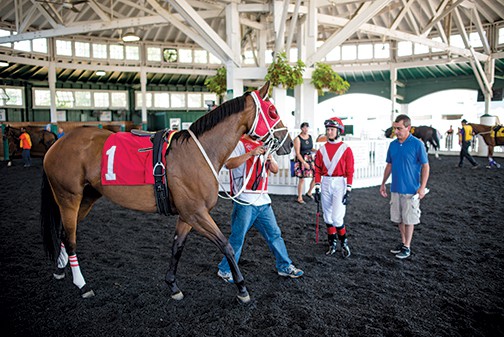 Jockeys Caitlyn, Amelia and Cecily view the playback of a race they all participated in moments before. 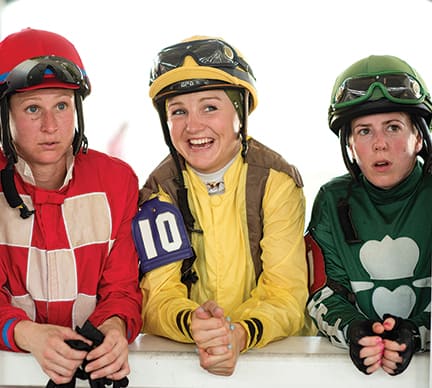 Jockey Forest Boyce, posing in the winner’s circle after winning her race 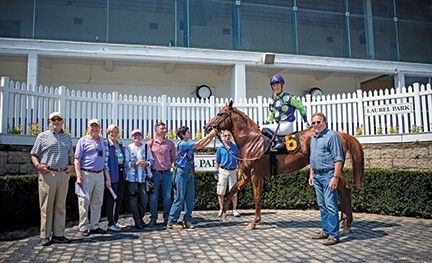 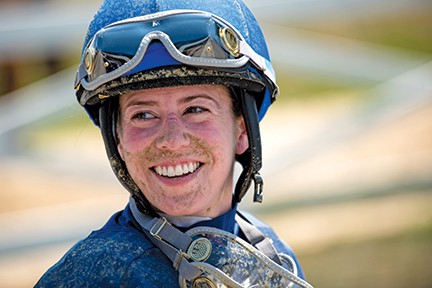 After flipping off her horse during a race, jockey Amelia Green rests on a bag of ice and talks with Laurel Park race doctor, Dr. Harry Harris. * 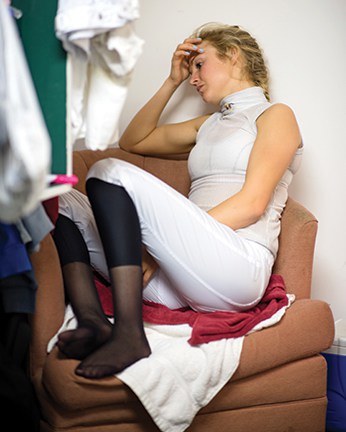