Once the shock had worn off from the July 30 flood – or perhaps even before – Howard County citizens began taking action. Neighbor helped neighbor and business helped business. No one, it seems, was content to sit still in the wake of the devastation.

As you can see from the list below, Howard County took care of its own. There are far too many efforts to list in this space, so here is a sampling. 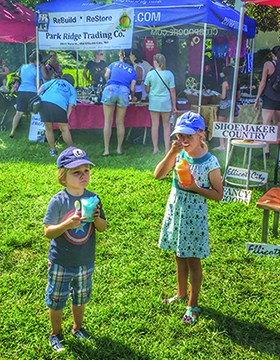 continue to sell what inventory they had left. Eleven retailers have been displaying their wares every Friday, Saturday and Sunday just down the hall from Alexandra’s restaurant since late August. Plans are to continue the makeshift Main Street through December and possibly beyond.

Allen & Shariff
The design and architecture firm immediately opened its office space to businesses displaced from the flood. Two offices had located to the space as of early September and are using the offices indefinitely. 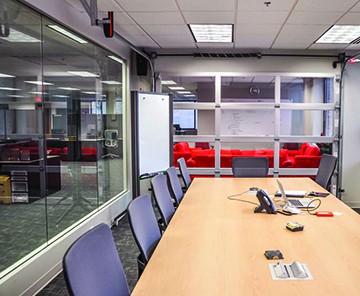 The Artists Gallery
The gallery donated a portion of all earnings in August to help with the recovery efforts. In addition, individual artists who regularly show in the gallery donated their own funds. The gallery had planned to move into Main Street space, but has put those plans on hold until damage to newly installed floors can be repaired.

Victoria Gastro Pub
Victoria Gastro Pub hosted an #ECStrong Challenge event on August 27 that raised $100,000 for recovery efforts. Joined by matching partners like the Craig Northrop Team, Howard Hughes Foundation, Waverly, Syntonics and more, the event drew a big crowd with open wallets, all in the name of helping neighbors get back on their feet. More than 18 local breweries and five local restaurants/food suppliers offered up the food and drink, and Edward Arthur Jewelers donated Pandora bracelets to the event.

Blossoms of Hope
The organization held a jobs event (Blossoms of Jobs) on August 11 at AIDA Wine Bistro to connect job seekers and employers, as well as raise money for the recovery efforts. Some 130 people attended the event and helped raise $8,000. 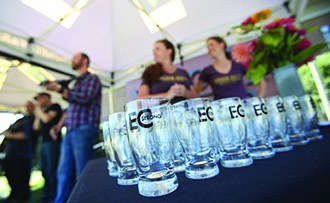